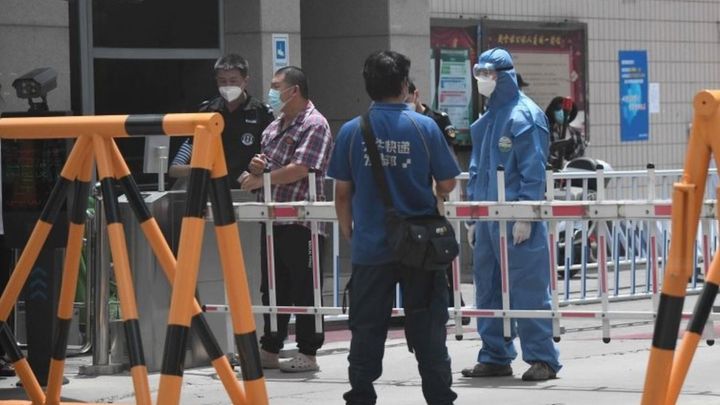 ▶ New infections rose from 0 to 106
With strict measures, China’s authorities are trying to stem the renewed spread of corona. In Beijing alone, where the virus broke out at the Xinfadi market, a further 27 infected people were discovered on Tuesday. This brings their number to 106 since Thursday – and this after almost two months of no new cases being reported at all.
The financial metropolis of Shanghai is demanding a two-week quarantine for travellers from Beijing. Residents from areas classified as high risk areas should not leave the city. Anyone who has left Beijing in the last few days must report to the health department as soon as possible. Masks have to be worn again, security checks and body temperature measurements in shopping centres and offices have been reintroduced and schools and kindergartens closed. In addition, hundreds of thousands of people now have to undergo corona tests.