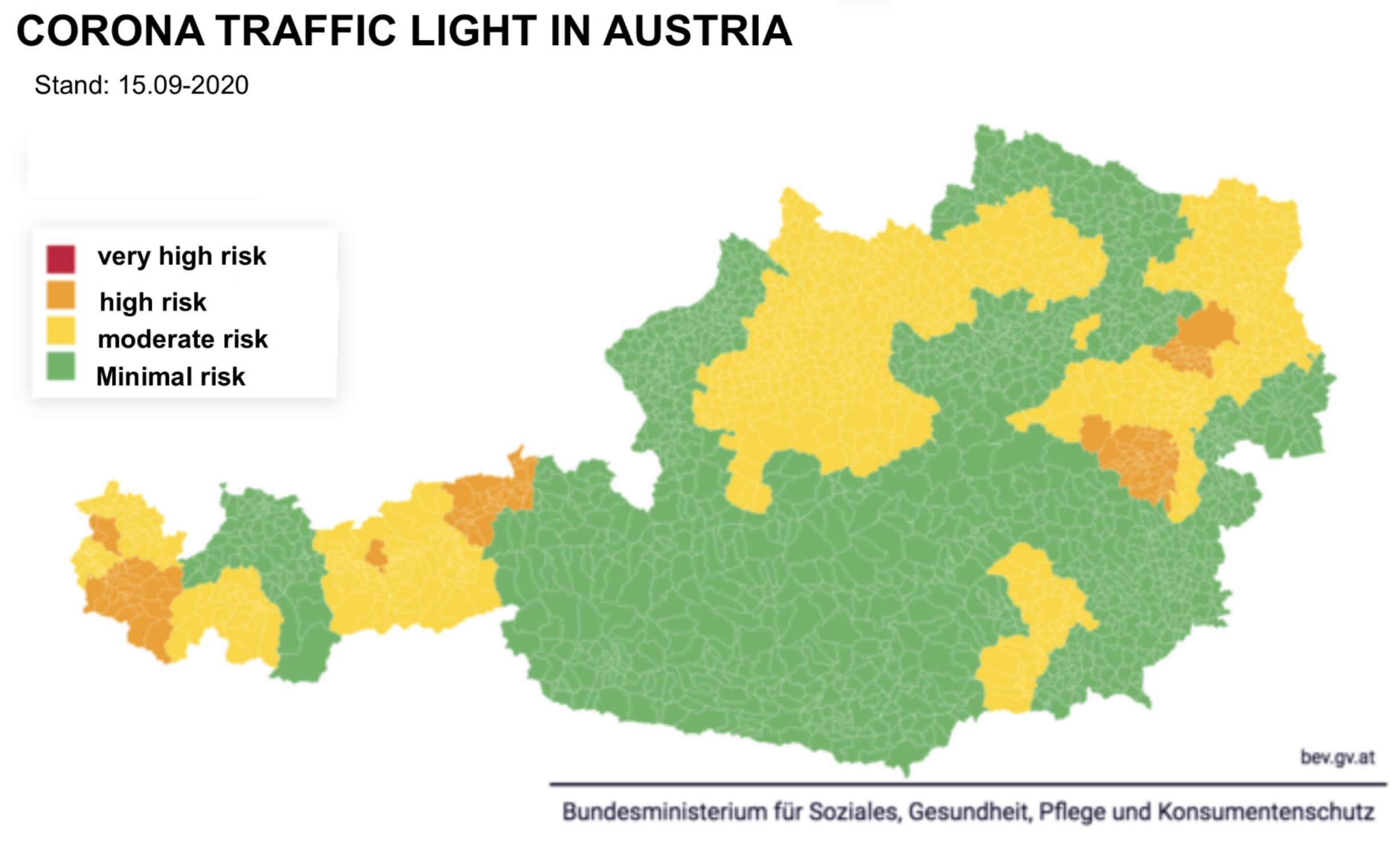 Today the seven orange districts are meeting with the Chancellor and the Minister of Health. New Corona measures will be announced thereafter.

Yesterday the Corona traffic light was officially switched. As reported, seven districts – including Vienna and Innsbruck – have now been switched to orange. 35 districts are now switched to yellow. Throughout Austria, the number of new corona virus infections rose to 764, which is four times higher per capita than in Germany.

But: switching to orange and the warnings of a “higher rate of infection” did not trigger anything yesterday. After all, the traffic light of the Corona Commission still lacks a legal basis. In other words: it could not even prescribe any measures.

Today, Chancellor Kurz together with Vice Chancellor Kogler and Health Minister Anschober will meet with the mayors and heads of the seven districts to discuss tighter regulations. Now nationwide measures are being considered, the traffic light is only to be a mere orientation aid. “That was sometimes a bit confusing,” Anschober admitted in the evening in ZiB2. The traffic light will also not be changed every week in the future.

— Hector Pascua with reports from ZIB2