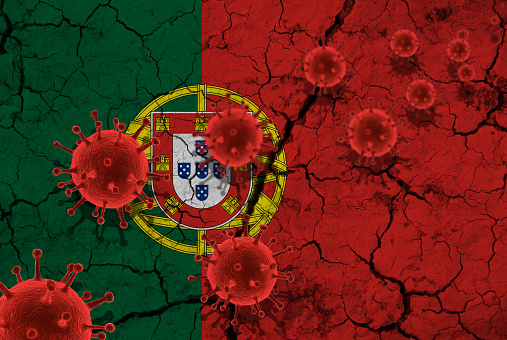 In view of rising infection rates, Portugal is expanding its CoV restrictions. Schools and government offices must remain closed from November 30 to December 7, as the government in Lisbon decided yesterday. Two public holidays in the country on December 1 and 8 are to be used to significantly advance the fight against the pandemic, as head of government Antonio Costa said at a press conference in Lisbon.

He called on the private sector to also release their employees during the period mentioned. The government also wants to prohibit citizens from moving from one municipality to another from the evening of November 27 to the morning of December 2 and from December 4 to 9.

The country has been divided into four zones, depending on the current risk of infection, and different restrictions will apply from Tuesday. Most Portuguese municipalities already have a night-time curfew and the obligation to telework.

“Must curb and reverse the trend”
Yesterday, 6,472 new infections were reported in Portugal within 24 hours, 62 infected persons died. This brought the number of CoV deaths in the country of ten million inhabitants to 3,842.

After Portugal survived the first wave of the pandemic relatively well, the number of new infections has doubled practically every two weeks since the end of September. “We must slow down and reverse this trend,” Costa said. The current level of infection poses “a threat to society and the national health system,” he said.