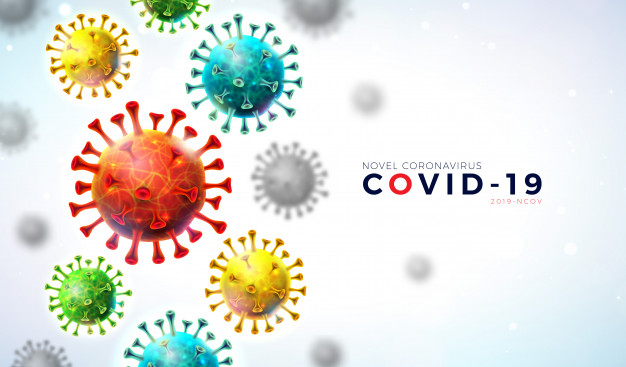 The most new infections within the past 24 hours were reported in Vienna with 274 cases. As of Monday, FFP2 masks are mandatory in shops and on public transport.

The number of new Corona infections in Austria remains at a high level. In the past 24 hours, 1202 new cases were reported, the health and interior ministries reported Sunday. Given that there is often less testing and reporting on weekends, one cannot really speak of a decrease.

Most new infections within the past 24 hours were reported in Vienna with 274 cases, followed by Lower Austria with 197 and Styria with 149 cases. There were 143 new infections in Upper Austria, 137 in Salzburg, 109 in Tyrol, 102 in Carinthia, 60 in Vorarlberg and 31 in Burgenland.

Currently, 1817 people are in hospital treatment due to the coronavirus, which is 31 patients less than on Saturday. Of these, 320 of the ill had to be treated in intensive care units. Here, too, there was a decrease of three patients.

For now, the number of people who died from or with Covid-19 declined. From Saturday to Sunday, 29 cases were reported, compared with 59 the day before. The most deaths occurred in Upper Austria with ten and in Vienna with nine. 381,654 ever tested positive have already recovered from an infection so far, which is 1,406 more than on Saturday. The number of active cases fell by 233 to 15,642.

170,000 vaccinations
According to Health Minister Rudolf Anschober (Greens), 170,000 Corona vaccinations have been carried out in Austria so far. According to information from the Federal Chancellery, two provinces have also finished the initial vaccinations of senior citizens and nursing homes. In Styria, all 230 homes and in Carinthia, all 76 homes have given the so-called basic immunization to all residents and employees who wanted it. In Vorarlberg, 48 of 49 homes have completed the initial vaccination, in Tyrol 90 of 97 homes, in Salzburg 73 of 75, in Lower Austria 92 of 96 and in Upper Austria 116 of 123 homes.

The Chancellor’s Office has no figures available from Vienna and Burgenland. “Despite the difficulties in delivery, vaccination in the most vulnerable groups is going ahead. The rule is: older people first. We must keep at it and not be discouraged,” said Chancellor Sebastian Kurz (ÖVP).

According to Anschober, the second vaccination has also already been carried out in thousands of cases, which will now be the focus in the coming weeks. In the second half of February, the protection of the most vulnerable group in Austria will thus be completed – which means much less illness and deaths. The willingness to vaccinate in old people’s and nursing homes continues to rise, in many cases a third vaccination appointment is still offered in the homes due to increasing willingness to vaccinate, the health minister said. “As of today, more than 80 percent of the Corona vaccinations performed have already been entered into the e-vaccination record.”

FFP2 masks mandatory from 14
Now that the numbers of new Corona infections in Austria remain constant and are not declining, and now the contagious mutations have also appeared in this country, Corona protection measures will be further tightened from Monday. From midnight onwards, it will be compulsory for everyone over the age of 14 to wear the higher-grade FFP2 masks in shops, on public transport, at service providers such as car repair shops and in doctors’ surgeries.

Pregnant women and persons who cannot reasonably be expected to wear such protection for health reasons are exempted. In addition, a two-meter distance now applies in public. This excludes persons living in the same household, as well as life partners not living in the same household, individual closest relatives and individual important reference persons. “The improved protection of the population through the FFP2 protective mask and the doubling of the minimum distance are the right answers to the mutations that are also spreading in Austria, causing increased risk of infection. This needs better protection,” Anschober appealed to the population on Sunday.

This means that FFP2 masks must be worn not only in public transport but also in car pools, in cable cars and cogwheel railroads, in customer areas of commercial establishments as well as establishments of service providers not close to the body, at (indoor and outdoor) markets, when attending parties of administrative authorities and administrative courts, in gastronomy when picking up food as well as in company canteens, and in accommodation establishments that may be entered for urgent professional purposes.

The FFP2 obligation does not apply until the age of 14. Children six years of age and older may wear mouth-nose protection instead. Younger children are not required to cover the mouth-nose area.

Weekly occupational group testing
In addition to the already mandatory tests in the health and care sectors, weekly occupational group testing is now also provided for employees with customer contact (e.g., trade, services, transportation), teachers and elementary educators, workers in warehouse logistics if the minimum distance is regularly undercut, people in the public service in party traffic, and top athletes (contact and team sports). The following applies: those who have not been tested must wear an FFP2 mask. For tested persons, a mouth-nose protection is sufficient. In the health and care sector, both testing and FFP2 masks (when in contact with patients or residents) are mandatory.