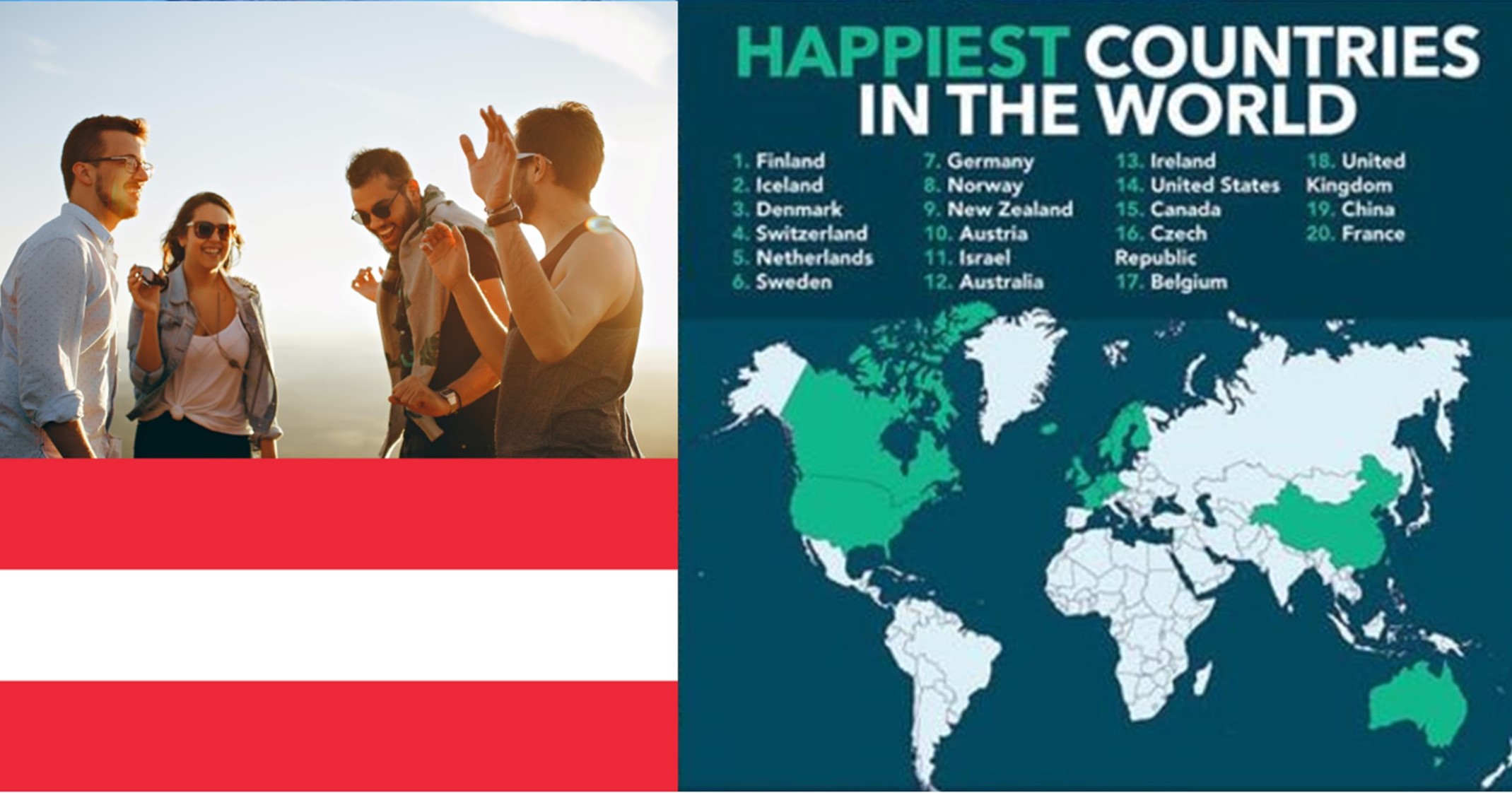 For the ninth time, the World Happiness Report has been published, a compass of where people in the world are happiest with their lives and surroundings. In recent years, the Scandinavian countries have always led the way. And this year, too, one of the Nordic countries is at the top. For Austria, there have been some changes in the ranking this time. By the way: This year’s World Happiness Report includes the Corona crisis in a comprehensive way.

2020 was a difficult year for all countries on this planet due to the Corona pandemic. Nevertheless, there was no change at the top of the ranking of the happiest countries in the world according to the “World Happiness Report”: Finland once again landed in first place. The Scandinavian country has already topped the satisfaction list for the past three years. It is followed by Iceland in second place and Denmark in third place. 149 countries in total are covered in the report.

While in previous years the report was primarily based on criteria such as the economic situation, life expectancy, the social safety net and freedom in the respective countries, this year there have been some changes in the evaluation criteria. The happiness researchers now focused primarily on the relationship between well-being and Covid-19, including the respective death rate in the countries and the Corona measures taken by the governments. The increase in mental illness was also recorded. In addition, as in previous years, interviews were conducted to assess the personal well-being of people in the countries.

The top 10 are completed by Norway, New Zealand and just Austria. By contrast, the unluckiest of the 95 countries evaluated for 2020 are Zimbabwe, Tanzania and Jordan.

The ten last places in the World Happiness Report: