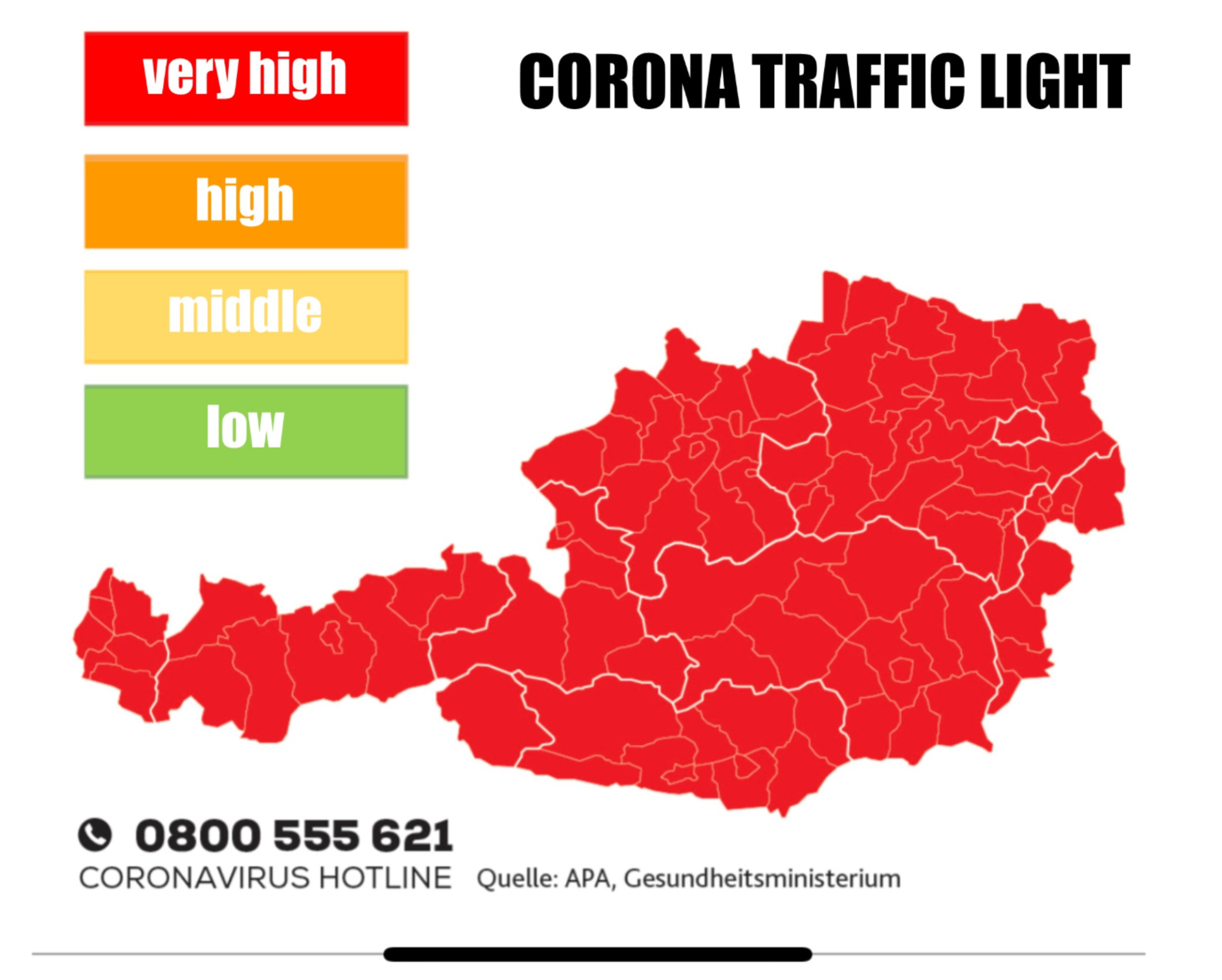 The traffic light commission leaves the whole of Austria in the red zone. The development is particularly negative in Vorarlberg, where the gastronomy is open inside and outside. Nevertheless, the committee, which is also made up of members from the federal states, refrained yesterday, as it has done in the past, from making recommendations for a more restrictive approach. Advised is like each week to evaluate opening steps and if necessary in time countermeasures to introduce.

Good development especially in Lower Austria and Burgenland
According to the Commission’s documents, Vorarlberg had by far the highest infection figures in Austria last week, and the trend is still clearly upward. Except in Styria, the numbers decreased otherwise nationwide. The development looks particularly favorable in Burgenland and Lower Austria.

In terms of risk-adjusted case incidence, which also takes into account facts such as the age of the patients, both provinces are already below the threshold of 100 per 100,000 inhabitants, above which the traffic light is considered to turn orange.

This is also evident in the development of real case numbers. While in Burgenland the numbers decreased by 22 percent during the past two weeks, reaching an incidence of 109.4, in Vorarlberg they increased by 24 percent to 235.7 during the same period. However, Vorarlberg is also where the most testing takes place.

Contact tracing possible in two-thirds
The source of infections can be traced in more than two-thirds of cases (67 percent) nationwide – the fewest in Burgenland (59 percent), the most in Vienna (72 percent).

The British variant is dominant throughout the country. The commission now recommends concentrating on the immuno-escape variants, i.e., those viral forms against which vaccination is likely to be less effective or where re-infection may occur. Based on the existing legal framework, a linkage of pseudonymized data from the Epidemiological Monitoring System (EMS) and the central immunization registry should be implemented.