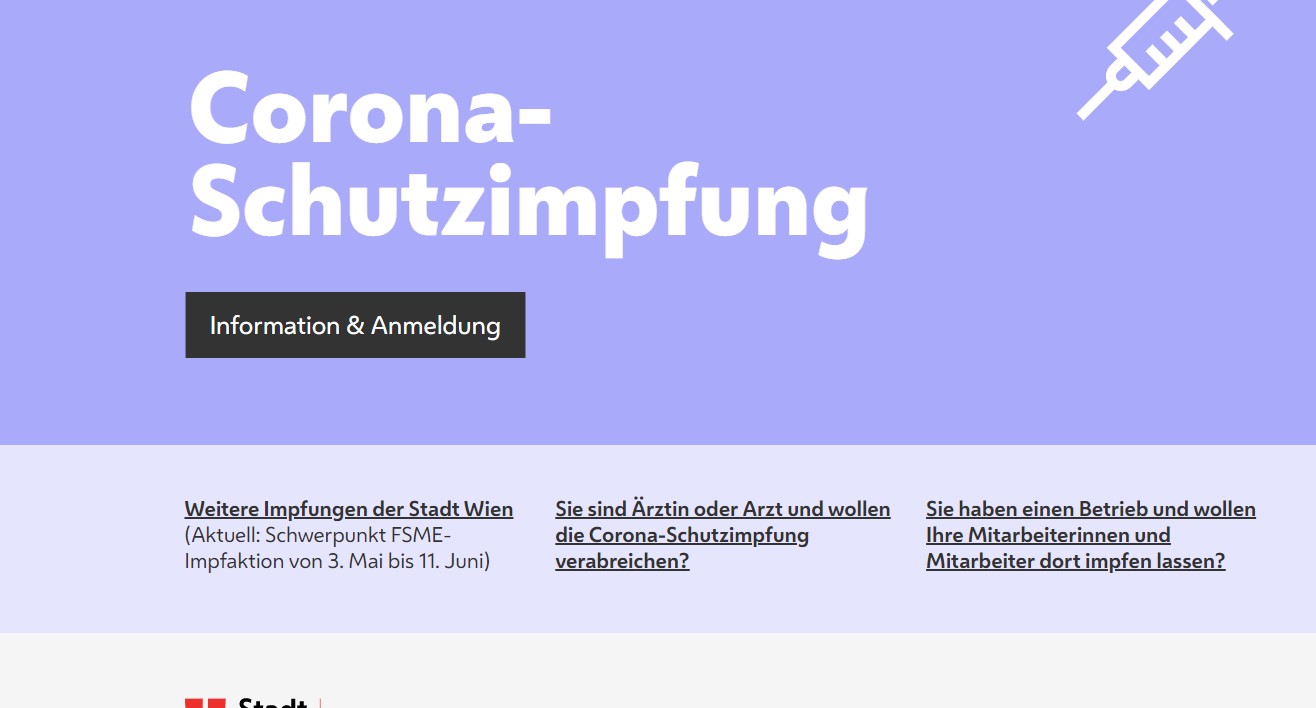 121,000 of those are for Category 3 workers who have face-to-face customer contact, regardless of age, but have structural protection available – so bank tellers or ticket sellers, for example. Another 76,000 appointments are for those who are vaccinated according to age ranking, and that is now available from 50 instead of 55 previously.

Employees in categories 1, 2 and 4, who were already eligible for vaccination, can also continue to book. Another 7,000 vaccination appointments are available for health care professionals and care providers. On Friday, 2,000 appointments will be made available for physicians and employees in private practice and in hospitals, in homes for the elderly and nursing homes, as well as trainees in the social and health care sector. On Monday, 5,000 vaccination appointments for Viennese social and care institutions will follow.

Further appointments for risk groups and pregnant women
In addition, 19,200 vaccination appointments will also be released for people in the risk and high-risk groups, people with psychiatric illnesses and pregnant women from the 15th week of pregnancy according to the mother-child passport. “The goal of the City of Vienna is to maximize vaccination participation among older citizens as much as possible,” a release from the office of Health City Councilor Peter Hacker (SPÖ) said.

That is why the city will launch an urgent appeal to all preregistered persons in the relevant age groups, it said. “After these age groups are sufficiently provided with vaccination appointments, future vaccination campaigns will focus on younger Viennese.” Vienna, moreover, is committed to vaccinating all Viennese workers, regardless of their residential zip code, so that the resident population can be sure that areas with customer contact, trade and gastronomy are systematically protected.