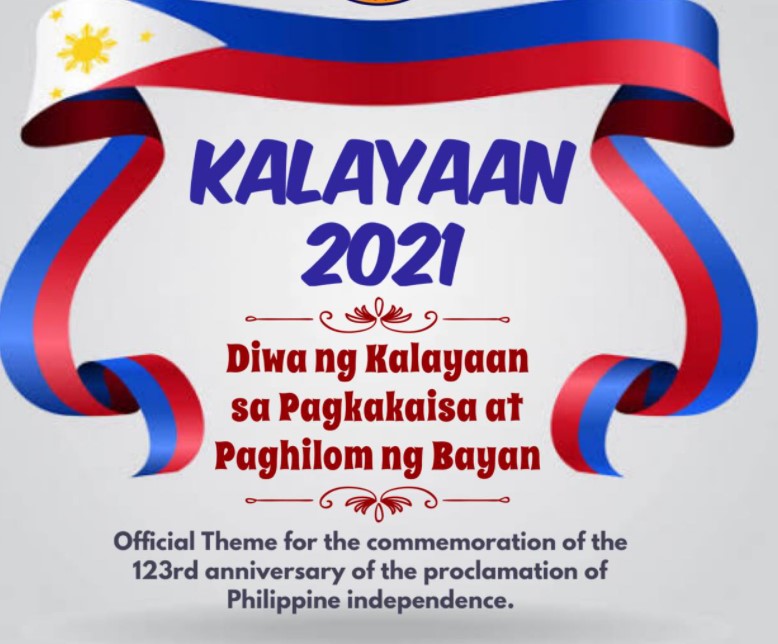 The Philippines celebrates today  its 123rd Independence Day to commemorate its independence from colonial Spain.  Also known as “Araw ng Kasarinlan” or “Araw ng Kalayaan,” it is an annual national holiday in the country observed every June 12.  The theme for this year is “Kalayaan 2021: “Diwa ng Kalayaan sa Pagkakaisa at Paghilom ng Bayan” (Spirit of Freedom for National Unity and Healing). The philippine government  calls on everyone to celebrate the history and values that bind us as Filipinos and unite as we begin the road to recovery from the COVID-19 pandemic.

In Austria,  the Philippine-Austrian Cultural and Educational Society (PACES) will conduct a Floral offering at the Catalpa Trees  at Vienna Capitol garden on Saturday, June 12, 2021, 16.00  Hours. The Catalpa Tree had been planted at the Vienna Capitol  garden 23 years ago by the Centennial Commission.

Originally, Philippine Independence Day wasn’t celebrated on June 12.  From 1946 to 1964, the date designated for it was July 4, the day when the Americans formally ended their colonization of the Philippines in 1946.  This also officially ended the Commonwealth government they established in 1935.  Then in August 4, 1964, then-President Diosdado Macapagal signed Republic Act 4166 that moved the date from July 4 to June 12.

The act legalized the holiday, which is based on the Declaration of Independence of June 12, 1898 by General Emilio Aguinaldo and Filipino revolutionary forces.  The Philippine flag was raised and its national anthem was played for the first time in 1898.  However, freedom from Spanish rule was not for long, because Spain and the United States did not acknowledge the declaration.

This was due to the 1898 Treaty of Paris, which ended the war between Spain and the U.S.  Spain surrendered the Philippines to the U.S., resulting to a revolt of Filipinos against the latter.   The Philippine revolution against the Americans started in 1899 and achieved sovereignty on July 4, 1946, through the Treaty of Manila.

Philippine Independence Day is more than just having to wave a flag and organize celebrations.  It is a reminder of the self-determination of Filipinos to exercise their right to liberty and independence.  It is a legitimate assertion by the Philippine nation of its natural and inalienable claim to freedom and independence, which is an inherent right of every people, not dependent upon the will and discretion of another nation or government.

Apart from the Philippine flag and national anthem, a lot of Filipinos are not knowledgeable about Philippine Independence Day.  Here are few facts that may surprise you:

•  The original Philippine flag hoisted by Aguinaldo in Kawit was a sketch he personally submitted to Dona Marcella Agoncillo (who was living in Hong Kong at the time).  It took Agoncillo (and two assistants) five days of hard work to finish the flag.

•  The three stars in the flag do not represent Luzon, Visayas, Mindanao as most Filipinos think.  It actually represents Luzon, Panay and Mindanao.  Panay was part of the Proclamation of Independence in Kawit, Cavite, referred to as “the archipelago’s three principal islands.”

•  The original flag was lost somewhere in Pangasinan during the Filipino-American war.

•  “Lupang Hinirang” was not the first national anthem but “Marangal na Dalit ng Katagalugan,” commissioned by national hero Andres Bonifacio in 1987 and requested musician Julio Nakpil to compose it.  However, despite Bonifacio’s version of the anthem, Aguinaldo still asked composer Julian Felipe to make our National Anthem in 1898.