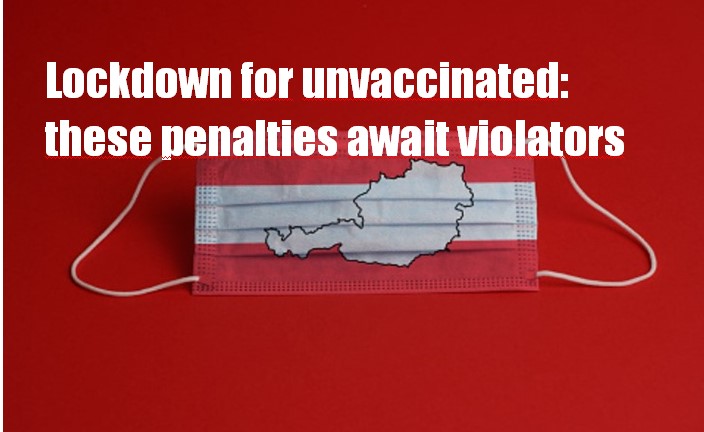 Interior Minister Nehammer announced a “close-meshed network” of controls on the lockdown for the unvaccinated by the police. Violators of the exit restrictions as of Nov. 15 face heavy fines.
Lockdown for unvaccinated fixed

Government announces partial lockdown
Interior Minister Nehammer reminded of the amount of the fines in the context of the announcement of the lockdown for the unvaccinated on Sunday: whoever violates the exit restrictions risks 500 euros, whoever completely refuses to cooperate in the corona control 1,450 euros.

Separate police patrols to control lockdown for unvaccinated people
“It will be controlled very consistently and it will be sanctioned very consistently,” also announced Chancellor Alexander Schallenberg. For example, in the course of traffic controls, but also in front of department stores.

This was also confirmed by the Minister of the Interior: starting Monday, there will be two additional police patrols per district exclusively for the control of the lockdown. There would also be a focus on criminal investigation, for example in the fight against fraud in connection with certificates. Not an issue for Nehammer is private space control. However, he appealed to follow the rules in the private sphere as well, “even if the police cannot enter your own four walls.”