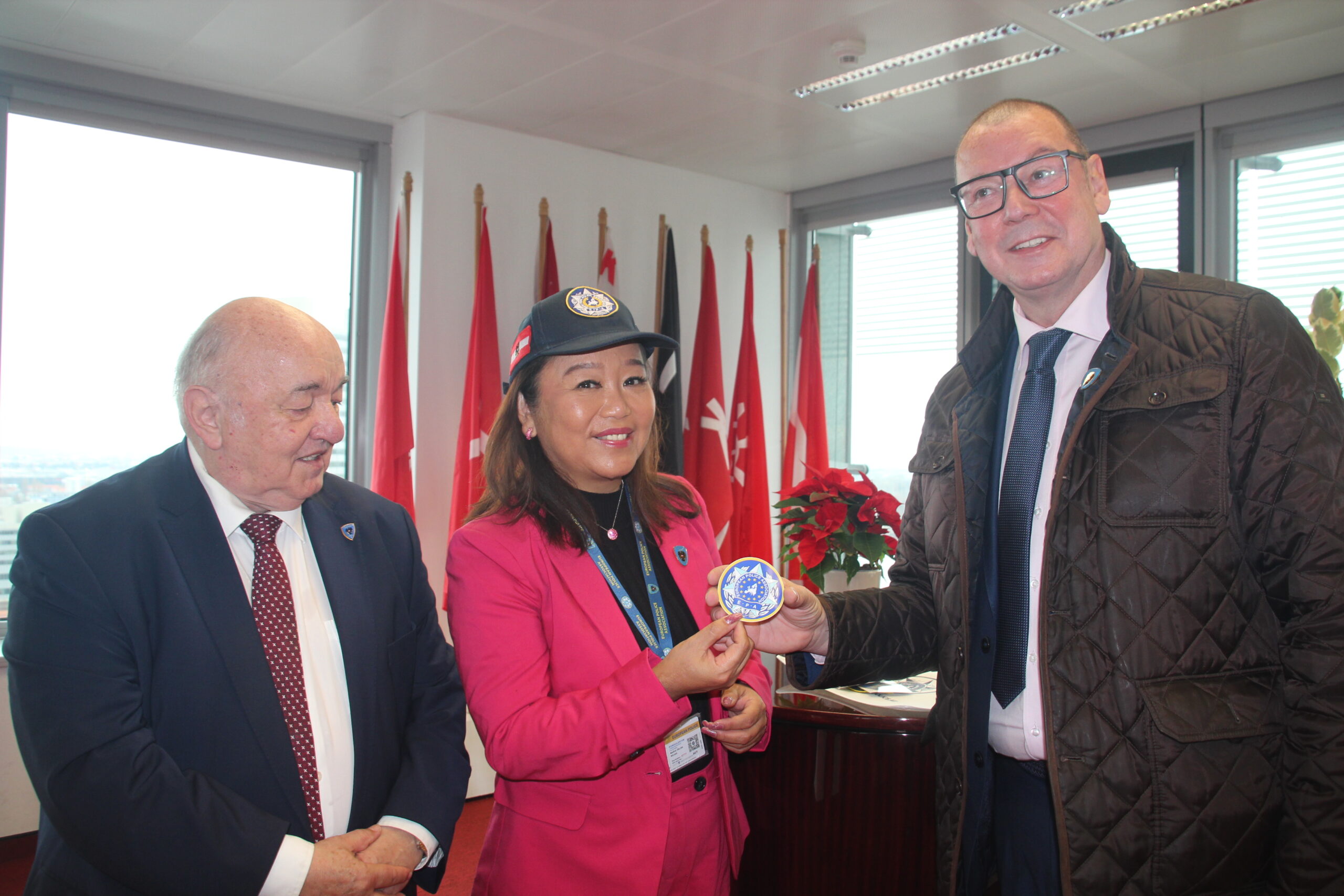 The meeting with EPA  and  Philippine embassy  officials was in conjunction with the conferrment of EPA Insignia to Ms. Marizel Rojas as the official liaison officer of the Filipino Community in Austria.

„Being a member of the governing body of EPA Austria is not only a honourable task but also a responsibility and challenge. It requires a good character, experience, tolerance and being humane. Mazirel Rojas has proven all of these many times and  that made a significant contribution for international understanding between the Philippines and Austria,“ Mr. Herrmann Kroiher said.

„The European Police Association is very proud of our new member, consultant and liaison for Philippines. Today is the right time to officially present her the Ingsignia,“ EPA Director General Heinz Habe said.

He expressed his gratitude to the Philippine Embassy for the warm reception and the opportunity of working together.

„I am very proud and grateful for Marizel Rojas that she now officially awarded the Insignia and bestowed the title „Consulant“, the EPA general Director said.

“Being a member of the governing body of EPA Austria is not only an honourable task, but also a responsibility and a challenge.” To God be the Glory!“, Marizel Rojas affirmed.

Ms. Rojas thanked the EPA General Director for the wonderful opportunity to enter partnership with the European Police Association.

„You’ve done so much for our fellow Filipinos in Austria. Looking forward to your next endeavors! May God guide you always,“ Roman Moreno, a Pinoy doing further studies in Austria likewise witnessed the conferment of the prestigious EPA insignia.

The European Police Association is a non-profit association created in 1995 in Brussels.
The association brings together officials from European countries with police competences as well as members of the EU and NATO security services. Civilians, like Ms. Marizel Rojas can be added as members under conditions.