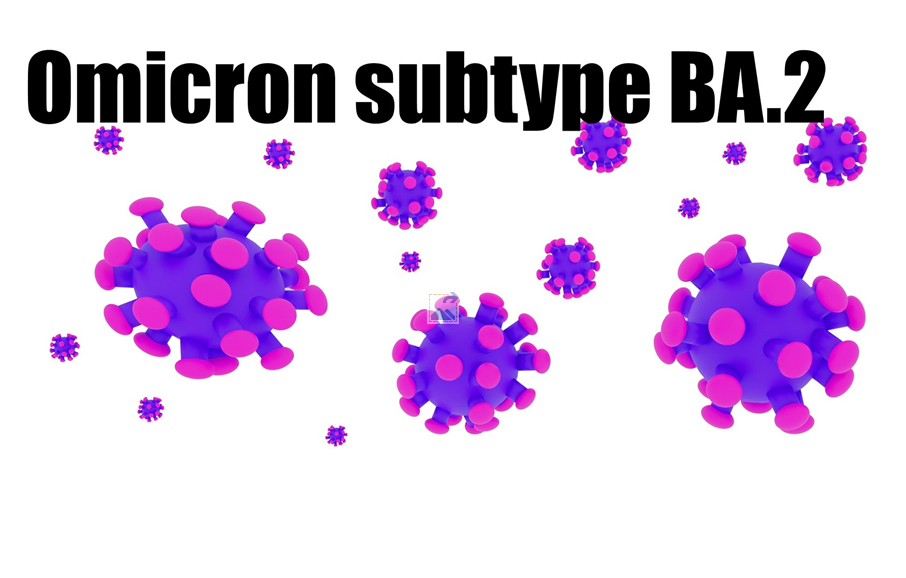 Predictions show that the omicron subtype BA.2 will soon outpace the current BA.1. The reason: even faster portability.
According to new findings, the omicron subtype BA.2, which experts closely monitor, appears to differ significantly in specific characteristics from the corona subtype BA.1, which is still dominant in Austria. This is indicated by most Japanese researchers’ study data published in preprint – i.e., without peer review. Differences include the arguably significantly higher transmissibility of BA.2 and immune response and pathogenicity.

Based on the recorded differences in human cell samples in the laboratory and infection experiments in hamsters, for example, the authors propose a separate letter of the Greek alphabet for BA.2 – the World Health Organization (WHO) decides on this naming for relevant corona variants.

The research, the study authors said, overall suggested: “that the risk of BA.2 to global health is potentially higher than that of BA.1.” Commenting on the study, Christian Karagiannidis, scientific director of the German Interdisciplinary Association for Intensive Care and Emergency Medicine, wrote on Twitter, “We need to keep a very close eye on BA.2. There seem to be biological differences to BA.1.”

BA.2 is considered a source of uncertainty in the debate over possible corona loosening because the subtype is considered even more easily transmissible. In Denmark, BA.2 has already spread widely among others. In Austria, BA.2 is currently expanding its dominance and is expected to overtake its predecessor in the next few weeks, according to the Covid Prognosis Consortium – “Heute” reported.

Citing data from the AGES Institute for Infectious Disease Epidemiology & Surveillance, BA.2’s share in calendar week 6, the previous week, was 21.8 percent. However, the published forecast said the proportion still varied between the federal states in a range of ten to 30 percent.

In Germany, BA.2 is spreading at a reasonably low level so far, according to the Robert Koch Institute (RKI). In its latest weekly report, the RKI shows a BA.2 share of 8.1 percent in the week ending January 30. The German report still states, “About clinical characteristics, there is currently no evidence that infections with BA.2 differ from infections with BA.1.”

BA.2 on the rise
While WHO reports a decline in Corona cases, it also says a steady increase in BA.2 worldwide and even more rapidly transmitted sub-variant of the Omicron virus variant. BA.2 accounted for more than one-fifth of all Omicron cases analyzed in early February. In both countries with rising and flattening Omicron waves, BA.2 is growing, he said.