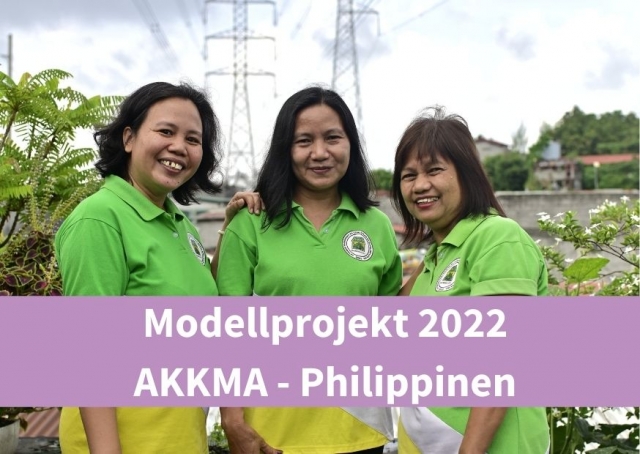 On Sunday (March 11, 2022) marks the first highlight of the traditional “Aktion Familienfasttag” as “Collection Sunday.“ The main topics are “care” work and empowerment. A particular focus is on women in Manila, Philippines.

In addition to the traditional “Suppensonntag” event, this year’s “Aktion Familienfasttag” will also be a media event, announced Catholic Action Austria (KAÖ) on its website. For example, reports were already published in advance about the Philippine aid organization “AKKMA,“ which focuses on networking and mutual empowerment for women’s self-determination in a male-dominated society.

“Thanks to the many pieces of training on human rights, I now know how to defend my rights as a woman,” said Elvira Ventura of the Philippine aid organization “AKKMA” in the Ö1 program “Praxis” on Wednesday. This women’s and neighborhood initiative in the Manila region is about economic betterment, personal development, and solidarity.

As a result, she said, most are open-minded, help prepare meetings, participate in activities, and thus promote equality within the family. It was essential to convince the men of the projects to make it easier for the women to get involved in “AKKMA.“

On “Collect Sunday,” there will be a “soup to go” in St. Stephen’s Cathedral in Vienna after the midday mass, offered by the kfbö with the chef and head of the Vienna Tourism Schools “MODUL,“ Gottfried Gansterer. Also present at the soup stand will be kfb Vienna Chairwoman Franziska Berdich and KAÖ Vice President Katharina Renner. Cardinal Christoph Schönborn is also expected to attend.

Gansterer and his students will also be responsible for catering the annual kfbö charity soup dinner in Vienna, which this year will be held in the Ministry of Social Affairs with guests from politics, the church, and civil society on March 24. The actual “Family Fast Day” is on Friday, March 11. On this day, during a “Radio Klassik” theme day, ten contributions on the main topic of “Care” and on the model project, “AKKMA” in Manila, will be broadcast throughout the day.

The “Family Fasting Day” is the development policy campaign of the kfbö, which solicits donations for aid projects all over the world every year during Lent, among other things, with benefit soup dinners in the dioceses and parishes. Due to the pandemic, alternative options were found again this year. In keeping with tradition, numerous celebrities promote the campaign, including Austria’s First Lady Doris Schmidauer.

Almost all the Catholic parishes in Austria will be serving different kinds of soups to their parishioners as part of the “Family Fasting Day”. proceeds of the event will benefit the Women’s Organization in Manila.