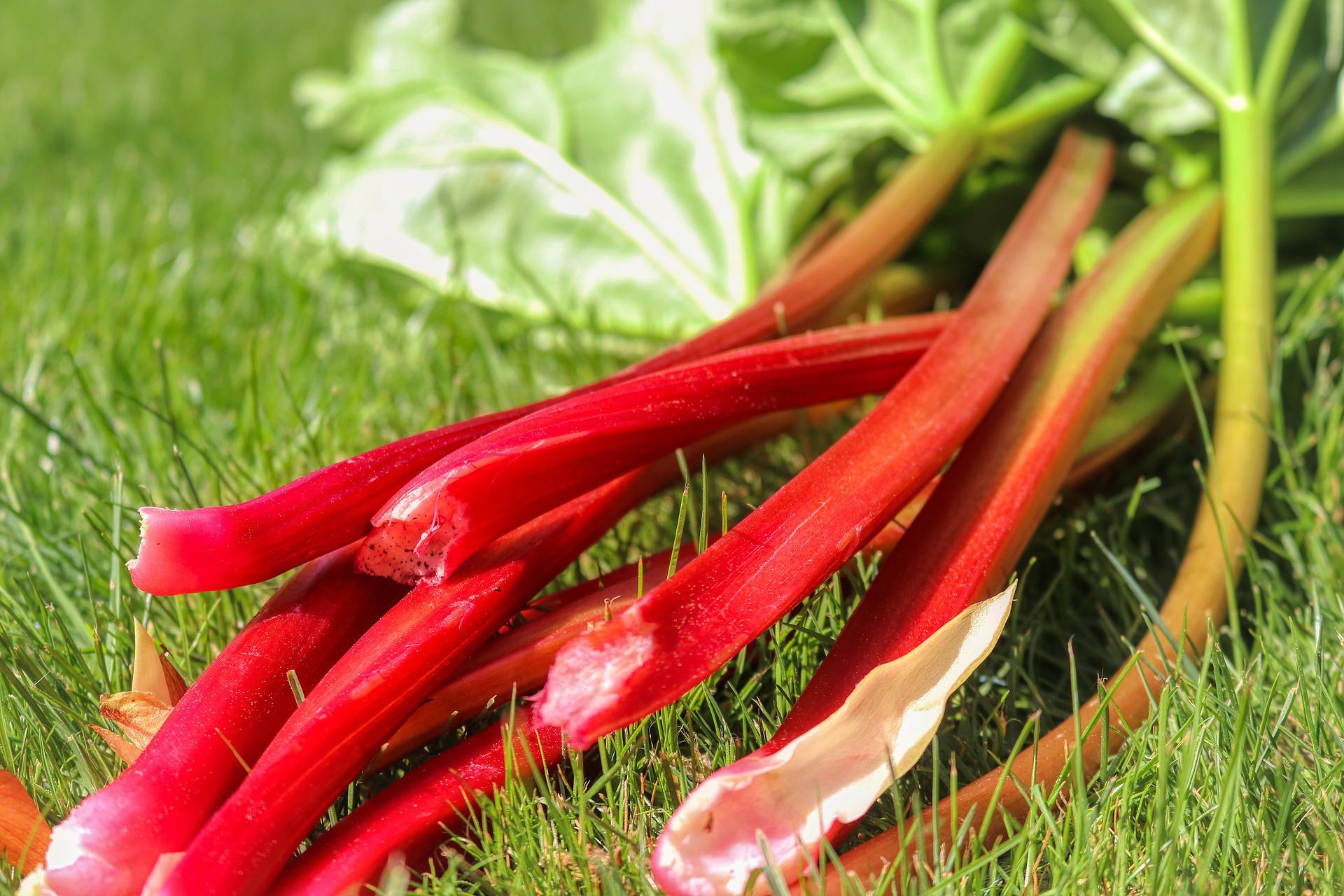 Rhubarb originates from the Himalayas and has been used as a medicinal plant for thousands of years. In this country, its fruity and sour stalks are used as an ingredient in summer cakes, compotes, sauces, or jams. Rhubarb – a vegetable and not a fruit – first came to Europe in the 18th century.

These nutrients are found in rhubarb

With 21 kilocalories per 100 grams, rhubarb is as slim as its shape. But there’s not much in the way of vitamins and minerals either: a little vitamin C (13 percent of the daily requirement per 100 grams), a few B vitamins (all under 2 percent), some magnesium (3 percent), and a touch of iron, zinc, and selenium (1 percent each). The only exception is vitamin K. Rhubarb provides a healthy 37 percent of this per 100 grams. As a reminder, without vitamin K, the body would not be able to stop even the smallest bleed. It also inhibits bone loss in menopausal women and, according to recent research, appears to be involved in various cellular processes—especially concerning their repair and regulation in kidneys, eyes, and blood vessels.

Rhubarb has more antioxidants than kale.

Not a vitamin bomb, but packed to the brim with antioxidants. A study compared the content with kale and found that rhubarb has far more of them to offer. A food must first manage that because kale is one of the most nutrient-rich foods in the world. Of a subgroup, the so-called anthocyanins, which incidentally give the rhubarb stalks their beautiful red color, are particularly many. It prevents and repairs cell damage so that numerous chronic diseases cannot develop only. Anthocyanins ward off cancer cells, protect against diabetes, improve vision, and suppress unhealthy weight gain. Anthocyanins are virtually edible “mini-medics” that prevent diseases before they can develop.

Anthocyanins and bioavailability are still not conclusively understood

Unfortunately, it is still unknown the bioavailability of anthocyanins, i.e., how much of them the body can absorb and use. However, recent research has found that it is not anthocyanins themselves but their degradation products that have a positive effect on health.

Protects the liver after large amounts of alcohol

Looked too deep into the glass? Rhubarb could help the liver survive alcohol excesses without significant damage. At the very least, in studies, taking rhubarb extract provided improved liver health and faster regeneration of liver tissue. The phytochemicals it contains appear to ward off the inflammation that usually accompanies binge drinking. But caution is also warranted. This is because the wrong dosage can paradoxically cause liver damage and should only be used clinically or under medical supervision. However, this only applies to the extract. The rhubarb stalks remain healthy, even if you eat them en masse.

Rhubarb has always played an essential role in traditional Chinese medicine (TCM). However, mainly the roots are used for this purpose, used as tea, powder, or extract. TCM doctors successfully use rhubarb preparations for chronic kidney failure, severe acute pancreatitis (SAP), sepsis (blood poisoning), and constipation. Incidentally, word of its positive effect on intestinal health has also spread to conventional Western medicine. Rhubarb, rich in fiber, contains a compound called “sennoside A,” which is still an essential ingredient in many herbal laxative medicines.

Although rhubarb is considered an ancient medicinal plant, it has been surprisingly little research. There is evidence that it has blood-cleansing and detoxifying properties and eases menopause for women by reducing hot flashes and balancing hormonal fluctuations. In addition, regular consumption lowers cholesterol, which benefits heart health. And last but not least, rhubarb is considered – appropriately enough for spring – to be an effective aphrodisiac.

Caution, oxalic acid – that’s why rhubarb is off-limits as of July.

The refreshingly sour taste is also due to oxalic acid. Oxalates are the salts of oxalic acid formed as metabolic products in the body. These, in turn, bind calcium to themselves, which can cause kidney stones. The body puts the so-called anti-nutrient well away in small quantities, and heating destroys some of it. But unfortunately, rhubarb has a less healthy habit of producing more and more oxalic acid as summer progresses. That’s why its season traditionally ends at the end of June – together with asparagus.