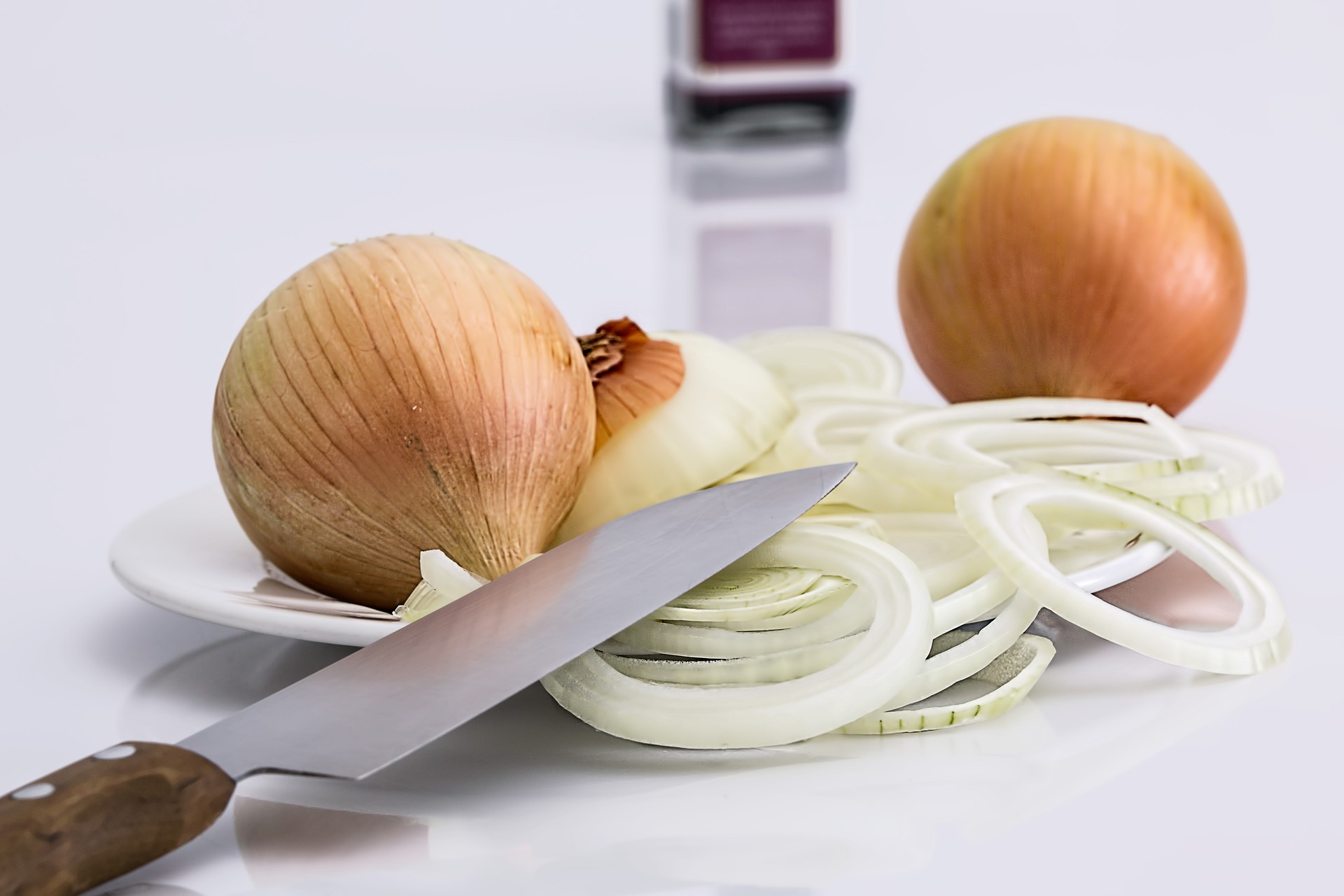 Onions don’t just belong in the kitchen – the all-rounder is the perfect remedy. From wasp stings to scars to lowering the risk of cancer – the onion can help everywhere.

Onions are healthy: they reduce the risk of cancer
Studies have proven that eating onions can reduce cancer risk for several decades. As early as 1996, Dutch researchers discovered that just half an onion a day could reduce the risk of stomach cancer by up to 50 percent.

The vegetable is beneficial in cases of mouth and throat cancer. Thus, half an onion per day can reduce the risk of disease by up to 84 percent, according to a study by the Istituto di Ricerche Farmacologiche “Mario Negri” in Milan. The risk of ovarian cancer can also be reduced by up to 74 percent.

The chemical onionin A (ONA) is said to be primarily responsible for this. It is said to suppress the tumor-promoting activity of white blood cells. In addition, sulfur-containing compounds such as diallyl sulfide and allyl mercaptan are thought to have a preventive effect.

Onions protect against heart attacks
A diet rich in onions can prevent a heart attack because the sulfur-containing substances in onions make you cry and have a blood-thinning effect. In addition, the sulfur content of the bulb inhibits blood clotting and thus also prevents thrombosis.

So if you want to strengthen your cardiovascular system, you should include many onions in your diet.

Onion socks and onion syrup for colds
To treat an infection, there are many home remedies. Probably the best-known use of onion as a treatment is onion tea. It is said to be able to do wonders for a cold. The onion can, but even more – ever heard of onion syrup and onion socks?

Why not just make the cough syrup yourself? Onion syrup is the perfect home remedy for coughs. Fall is in full swing, so the cold season is upon us again. Whether at work or in the family, if one has a cough, after a short time, often all have it. For this to disappear quickly, four to five tablespoons of onion syrup should be taken daily.

Since the onion has a robust expectorant effect, it helps exceptionally well with coughs, bronchitis, and even asthma. The syrup can be easily prepared at home:

If the common cold is on the way, you should act quickly to expel the pathogens from the body. The good old onion socks, as you know them from grandma, can help here. The essential onion oils thus enter the body and unfold their virus-killing effect.

Before bed, the onion should be sliced and placed under the feet. To keep the onions in place, place a small cloth on them and then pull a sock over them. Leave the whole thing overnight and remove the onions the following day.

Onions against skin complaints
The use of onions can also be helpful for scars. , which can help with onion extract because it helps to develop collagen and improve the scar’s appearance.

Many scar ointments already contain the extract. If you want to be sure whether onion extract is present, you must pay attention to the designation “extract cepae.” However, the onion extract can also be prepared yourself and spread on the affected areas.

Onions against insect bites
An insect bite can be excruciating, so it should be treated immediately. There are many home remedies for wasp stings, one of which is the onion. To do this, cut the vegetable in half and press it on the sting so that the onion juice escapes and penetrates the wound.

Since the onion juice has an anti-inflammatory effect, the sting can heal faster, and the pain also goes down.

Treat ear infection with onion sachet.
Ear pain is often a sign of a painful middle ear infection. An onion bag can be placed on the ear to treat this pain effectively. Chop an onion into small pieces and wrap it in a small sock or cloth. Then squeeze the onion a little, so the juice escapes and is stored in the cloth.

Attach the sachet to the affected ear for an hour using a headband or cap and allow the juice to take effect.

Scientifically proven: The effect of the onion
In addition to the great taste of cooking and frying onions, the ingredients have much more to offer. Because they act: