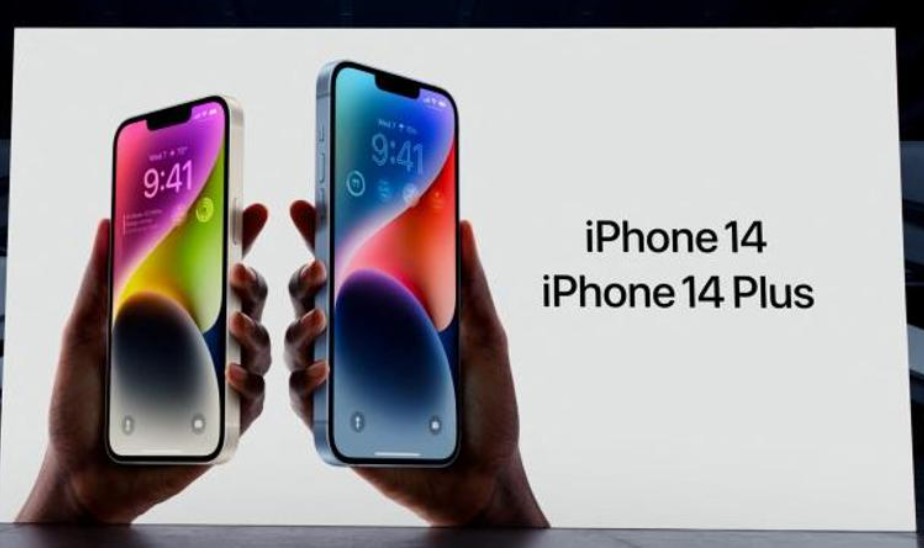 More than 30 different models of its best-selling iPhone have been brought to market by the U.S. company Apple since 2007. On Wednesday, September 7, 2022, this range expanded as new products were presented in Cupertino. In addition to the iPhone 14, Tim Cook & Co. also showed an adapted variant of the Apple Watch and new AirPods.

Naturally, on time, Apple starts with the pre-recorded video sequences. Apple boss Tim Cook appears on the screens and explains that today will be about “Apple Watch, iPhone and Airpods.”

Apple Watch Series 8. Apple makes the in-house data watch the first topic of the presentation. The 8th generation of the Apple Watch is announced, which, among other things, has a new temperature sensor and a more robust case. One promise comes with a threatening facet. At night, the watch measures the body temperature on the arm “every five seconds.” Apple’s argument for the monitoring is that estimating a woman’s ovulation would be easier. In addition, the data is encrypted locally and, in the case of transmission to doctors, “end-to-end encrypted.” Apple has “no key” with which the health data can be read.

A “Low Power Mode” is also newly introduced, which is supposed to extend the watch’s life to 36 hours. However, the function should also be available via an update for all alerts from Series 4. The Apple Watch Series 8 will also be available in four different colors, and the case is made of “100 percent recycled aluminum. The Apple Watch Series 8 will cost at least 499 euros.

Apple is also introducing an Apple Watch Ultra. With titanium housing and a significantly larger steering wheel. The watch is produced especially for extreme athletes. It offers a runtime of up to 60 hours, and different wristbands (“Alpine, Trail, Ocean”) are aimed at other sports. A dual GPS is supposed to ensure that positions are accurately determined. The premium watch will cost at least 999 euros.

iPhone 14. As expected, Apple calls the new iPhone generation iPhone 14. Also expected: Apple relies on the same chip in the iPhone 14 as in the previous model. However, a new 12-megapixel sensor is supposed to provide better pictures. The front camera now also works with 12 megapixels and autofocus. The “Action Mode” is supposed to stabilize videos without additional accessories. Of course, we will have to test how well this works first. Various manufacturers have already promised this.

As a completely new function, Apple offers an emergency call for the iPhone 14, which is supposed to communicate with satellites thanks to specially installed antennas. The U.S. company also promises accident detection, which is supposed to send an emergency call after car accidents automatically. The iPhone 14 (6.1-inch display) will be available from September 16 for at least 999 euros, and e iPhone 14 Plus (6.7-inch shows available from October 7) for 1499 euros. While the company hardly changes the entry-level prices in the U.S., it adds quite a bit in Europe. By comparison, the iPhone 13 was already available for 899 Euros.

Premium equipment costs more than 2000 Euros.
With the iPhone 14 Pro, Apple also offers a new premium device. It features the new A16 chip (incl. 16 billion transistors,) and the distance sensor is located behind the display for the first time. This significantly reduces the bulge at the smartphone’s head (“notch”). Apple now uses this area dynamically for numerous software applications (“Dynamic Island”). The Pro’s Model uses a 48-megapixel sensor. There is also a 12-megapixel ultra-wide-angle camera.

The iPhone 14 Pro is also available in two display sizes. The iPhone 14 Pro (6.1 inches is priced from 1299 Euros. Apple is also putting a lot of money into this. Last year, the then-new iPhone 13 Pro was sold for 1149 Euros. The larger iPhone 14 Pro Max (6.7-inch) costs at least 1449 Euros, and you even have to pay more than 2000 Euros for the 1-terabyte version of the premium model. The products can be pre-ordered from September 9 and will be available one week later.