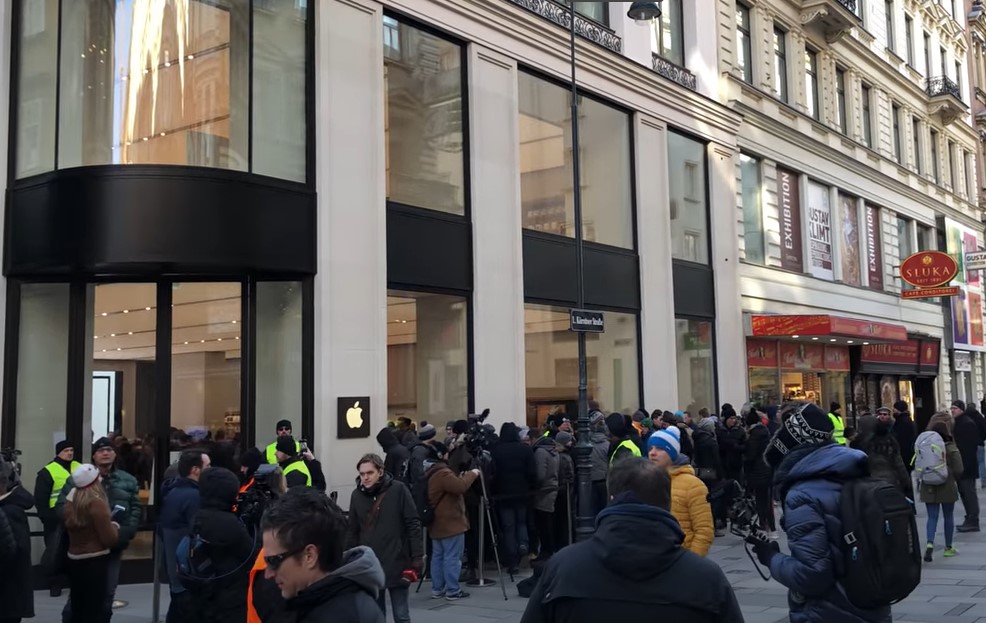 A huge crowd is causing a stir in Vienna’s city center. Reason: Countless people make a pilgrimage to the sales launch of the new iPhone.

Around 6:00 a.m. on Friday, countless iPhone fans were waiting for the Apple store on Kärntner Straße to open. The cell phone giant sold the iPhone 14 Pro for the first time on Friday.

Since 8.00 a.m., the Apple cash registers in Kärntner Straße are running hot – hundreds of people came long before the store opened in the heart of Vienna to get their hands on the latest smartphone technology from Apple.

The new top model from the iPhone series is the 14 Pro, which has received a revised camera with a higher resolution. Introduced in 2017 with the iPhone X, Apple is now saying bye-bye to the notch: The sensor bar at the top of the display – also called the notch – has been shrunk and is now shaped like a pill. This gives the front a tidier look.

New: The iPhone can communicate at breakneck speed via satellites and thus directly send an emergency call if you don’t have regular reception. According to Apple, the development of the function took several years. The antennas in the cell phone are used for this purpose. However, the device must be pointed directly at a satellite. The iPhone helps with this.