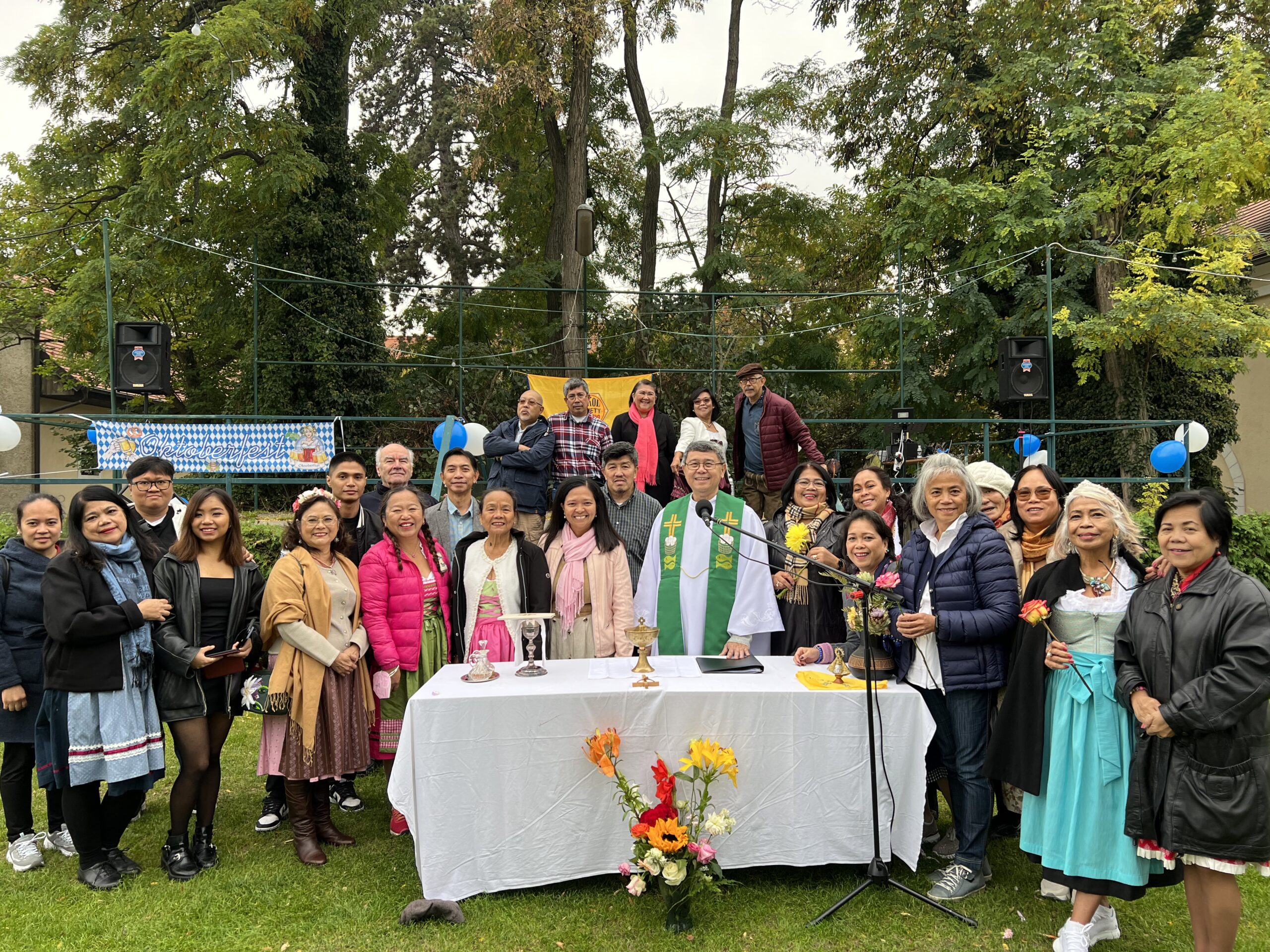 Vienna, Austria, 8 October 2022 – Despite the seemingly cold October weather, Pinays in traditional dirndl dresses (fluffy-sleeved dress topped by a peasant blouse that comes in various cuts which, depending on the inclination of the wearer, can go from conservatively buttoned or plungingly bosom-revealing) marched to the premises of the Parish Garden of Leopoldau in 21th District Vienna,  to join the Bikol Society in Austria Filipino Oktoberfest.

“This year’s Oktoberfest will be a milestone not only for the Bicol Society but also for the organization’s objectives of promoting charitable work since we have projects for our “kababayan’s in the Bikol province,” Marizel Rojas, president of Bicol Society in Austria said.

“We staged this  Oktoberfest because we feel it can bring people closer together. That’s what this festival is all about—just to come together and get to know each other,” Rojas said.

“I am happy that the Filipino community has initiated such a great event. We hope this Oktoberfest will help promote camaraderie among the Filipinos and Austrians,” Rev. Fr. Klaus Coolen, OSC, former parish priest Leopoldau said.

Food lovers also had the chance to sample the unique flavors of Filipino cuisine at Filipino Oktoberfest. Adding to the fun were the various activities and cultural presentations that included dance and musical performances and the search for Miss/Mrs. Octoberfest 2022. In the end, Ms. Granni Villajin garnered the crown.

We are here to learn about Filipino culture, get some spicy food, and enjoy the company of the Filipinos here, “an Austrian visitor said.

“The Filipino population continues to grow in Austria, and this event is an opportunity to make them visible in Austrian society. The friendly, fun-loving Filipinos are everywhere,” another Austrian visitor commented.

“Even if you’re not in the Philippines, you still have to feel at home. Although this is our home, Austria now, you can never take the heart of the Filipinos out from the Philippines,” one Pinoy guest said.

A Holy Mass had been celebrated by Fr. Ely Dalanon, Chaplain of the Filipino Catholic Community, before the actual Oktoberfest started.

While Oktoberfest, or simply drinking beer, is not originally from the Philippines, it is evident that Filipinos are fond of having get-togethers, and beer is something sure to be present.

The Oktoberfest has been held since 1810 in Bavaria, a celebration that’s become an important part of that culture despite—or perhaps because of—the massive number of people with hangovers post-festival. It’s the world’s largest fair on German soil, held annually in Munich for 16 days, traditionally from late September to the first weekend of October, with an average of six million people in attendance. No doubt, it keeps the German beer industry working hard year-round.