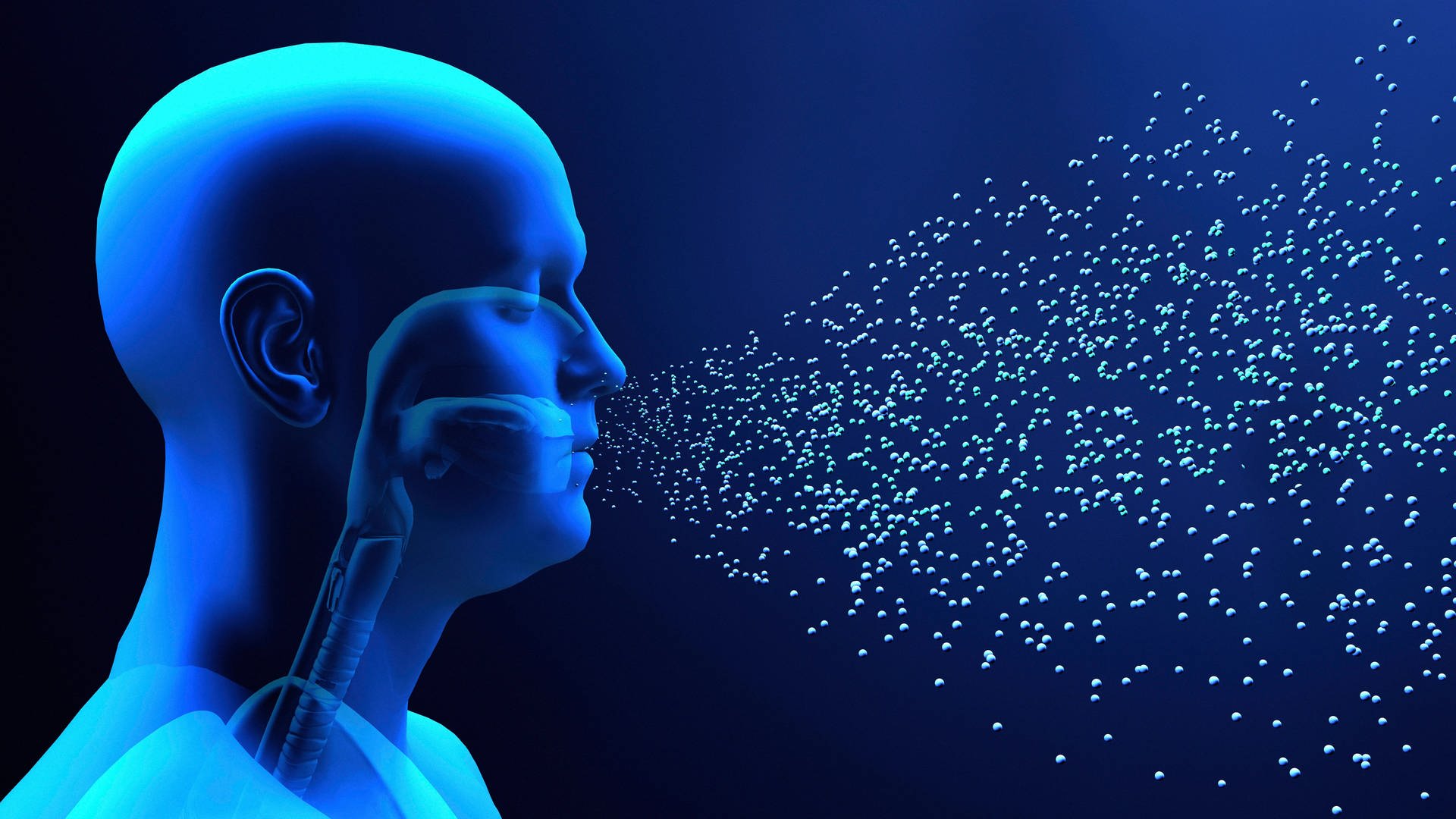 An international research team has re-analysed the spread of tiny droplets. Result: Masks and distance are good, but not enough
Anyone who is infected and sneezes, coughs, speaks or even breathes leaves tiny droplets in the air – the so-called aerosols – which contain the virus. They float for a while and can travel greater distances by air currents. If they are inhaled, an infection can take place – according to current study.

In order to break the chain of infection, we keep our distance and wear a mouth-nose protection. However, the scientific principles on which these recommendations are based are decades old and no longer reflect the current state of knowledge. In order to change this, several research groups from the field of fluid dynamics have now joined forces and developed a new, improved model of the spread of infectious droplets.
It has been shown that wearing mouth and nose protection and keeping a distance is good, but not enough. And the scientists emphasize that when we enter an elevator after an infected person has left it, we could well come into contact with aerosols and thus also with corona viruses and become infected.

The picture of the dispersion of tiny droplets that is commonly used worldwide would be based on measurements from the 1930s and 1940s, the research team, with the participation of the Vienna University of Technology, reported in the “International Journal of Multiphase Flow”. “Back then, the measuring methods were not as good as they are today – we suspect that particularly small droplets could not be measured reliably at that time”, explains Alfredo Soldati from the Institute for Fluid Mechanics and Heat Transfer at the TU Vienna.

In order to calculate the propagation, you have to know the size of the ejected droplets. “Back then, this was determined by making people sneeze in front of a sheet of paper hanging on the wall and deducing the diameter of the drops from the size of the spots on the paper,” says Soldati. Today, however, completely different and more reliable measuring methods are already available.

Together with colleagues from the USA and France, Soldati has therefore developed a new, improved model of the spread of infectious droplets, “based on a theoretical analysis of the relevant physical processes,” as the researchers write in their paper.

The current understanding is that heavy droplets fall down quickly by gravity, while small ones evaporate quickly. “But this picture is a bit too simple,” says Soldati. Because the small droplets would not only consist of water, but also contain other things such as proteins or the virus itself. If the water evaporated, they would become aerosol particles that could be transported by air currents over distances of several meters and stay in the air for a long time.

A particle with a diameter of ten micrometers, which corresponds to the average size of ejected saliva droplets, would typically take almost 15 minutes before it fell to the ground. “If you are alone in an elevator from which an infected person has just got out, you may well come into contact with viruses through inhaled aerosols,” the scientist emphasizes. Environments with high relative humidity, such as poorly ventilated conference rooms, are particularly problematic. In winter, special care is required because the relative humidity is higher than in summer.

The new model can now be used in conjunction with experiments and simulations to study a variety of scenarios involving breathing, speaking, coughing and sneezing, and under a range of environmental conditions such as a humid or dry atmosphere, closed or open environment. “Until now, political decisions on corona protection measures have mainly been based on studies from the fields of virology and epidemiology. We hope that in the future, findings from fluid mechanics will also be included,” says Soldati.

However, he does not want to make any recommendations based on the new work, as he is not a virologist. The crucial question is how many viruses one has to inhale to be infected. In his opinion, masks are useful in any case: “Because they stop large droplets. And keeping a distance is just as useful. But our results show that neither of these can provide guaranteed protection,” emphasizes Soldati.