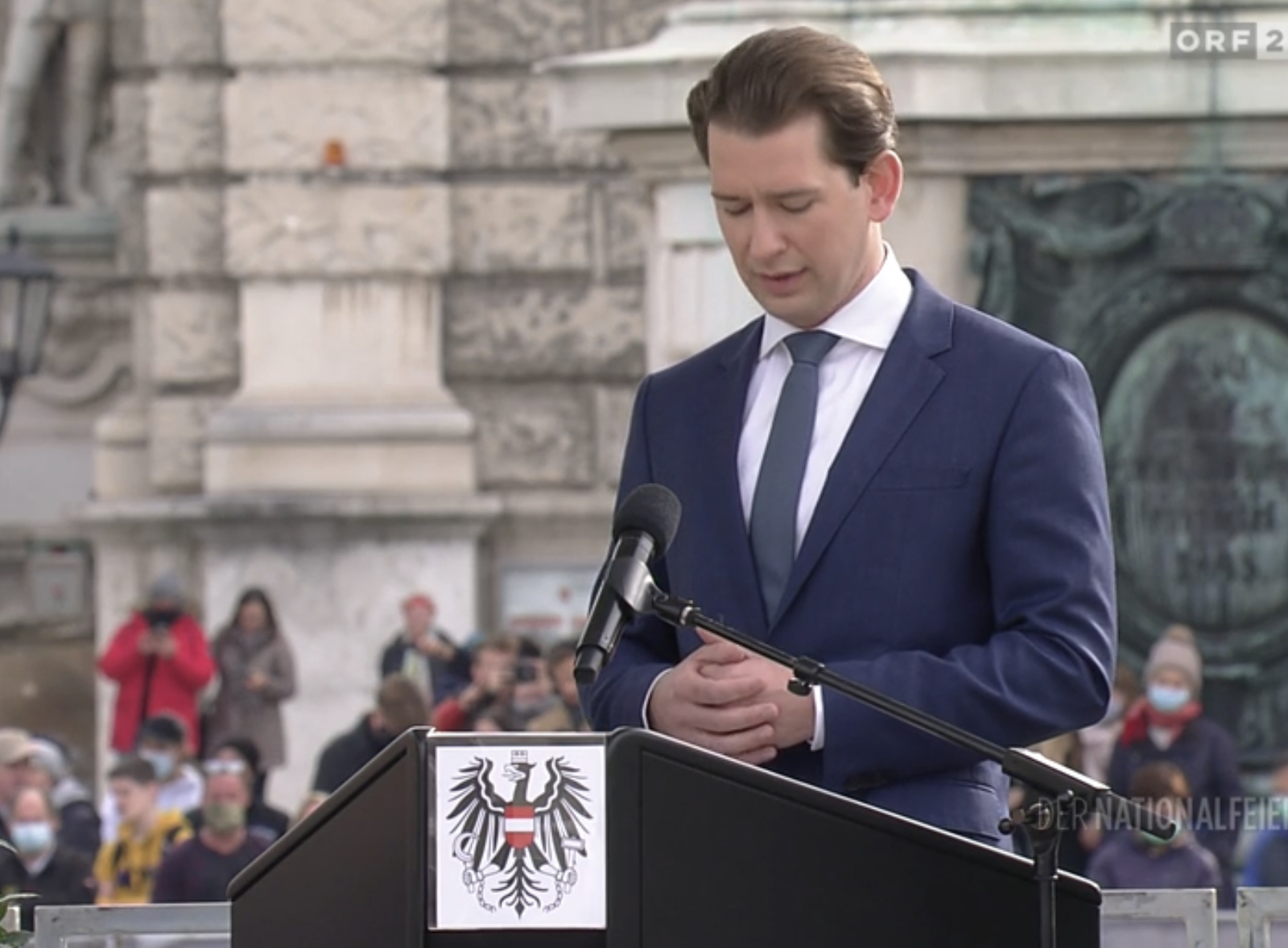 Chancellor Sebastian Kurz spoke about “the crisis”, which “has dominated our public life for more than 8 months”. Sebastian Kurz: “It damages our economy and massively restricts our private life. Thanks to a joint effort, we have come through this crisis relatively well so far. But there are still difficult months ahead and I know that this is not easy for any of us”.

The Chancellor found highly emotional words for the current situation – with thousands of new infections every day, hospitals visibly filled and hundreds of thousands of unemployed people: “This situation particularly affects me as head of government. In the pandemic there are many numbers and new statistics every day. But behind all this there are people and countless fates. We all know, for example, that social distancing is the right way to avoid infection. For older people, however, this often means that they can only be visited to a limited extent or are no longer allowed to hold their grandchildren in their arms.

The economic situation is also “a drama”, because “some industries have come to a complete standstill in the meantime,” admits Kurz. Especially tourism, which is so important for Austria, has also been severely affected. “Travel warnings across Europe mean that some tourism businesses are considering whether to open their doors at all this year. And if the business stays closed, this means unemployment and threat to the existence of entire regions,” Kurz said further.

“I know that this crisis demands a lot from all of us”, the head of government summed up the mood among the population – and also referred to a demonstration announced for Monday in Vienna: “Not far from here, Corona opponents will again demonstrate today and call for the common burning of masks. Even if this is only a small minority, there are still many who are exhausted, who can’t hear anything more about Corona and who simply don’t want to. And I would like to say to you as a citizen: I understand that. I also don’t want to have to wear a mask, suffer any restrictions and celebrate festivals when it suits me”.

Then he struggled through to unpleasant truths: “As head of government it is not my job to tell you what you want to hear, but to give you an honest explanation. And therefore I must unfortunately tell you: There is no alternative. Who will have to live with the virus for many more months. We will have to stick together. And we will have to hold on until a vaccine allows us to return to normality”.

“Yes, it is true that a corona infection is very mild for many people, that many have no symptoms at all. But, it is also true that a certain percentage of those affected have such a severe course that they need intensive medical care. And we cannot and will not allow our intensive care capacities to be overstretched and people in Austria to no longer receive care,” the Chancellor said.

Even if the next few months would be tough, we should remember “that this crisis is not permanent, but an end is in sight”. Referring to the federal anthem (“Courageous into the new times”), the Chancellor appealed to the population at the end of his speech: “Let us together enter the coming months with courage and hope. Even if this time will not be easy.”