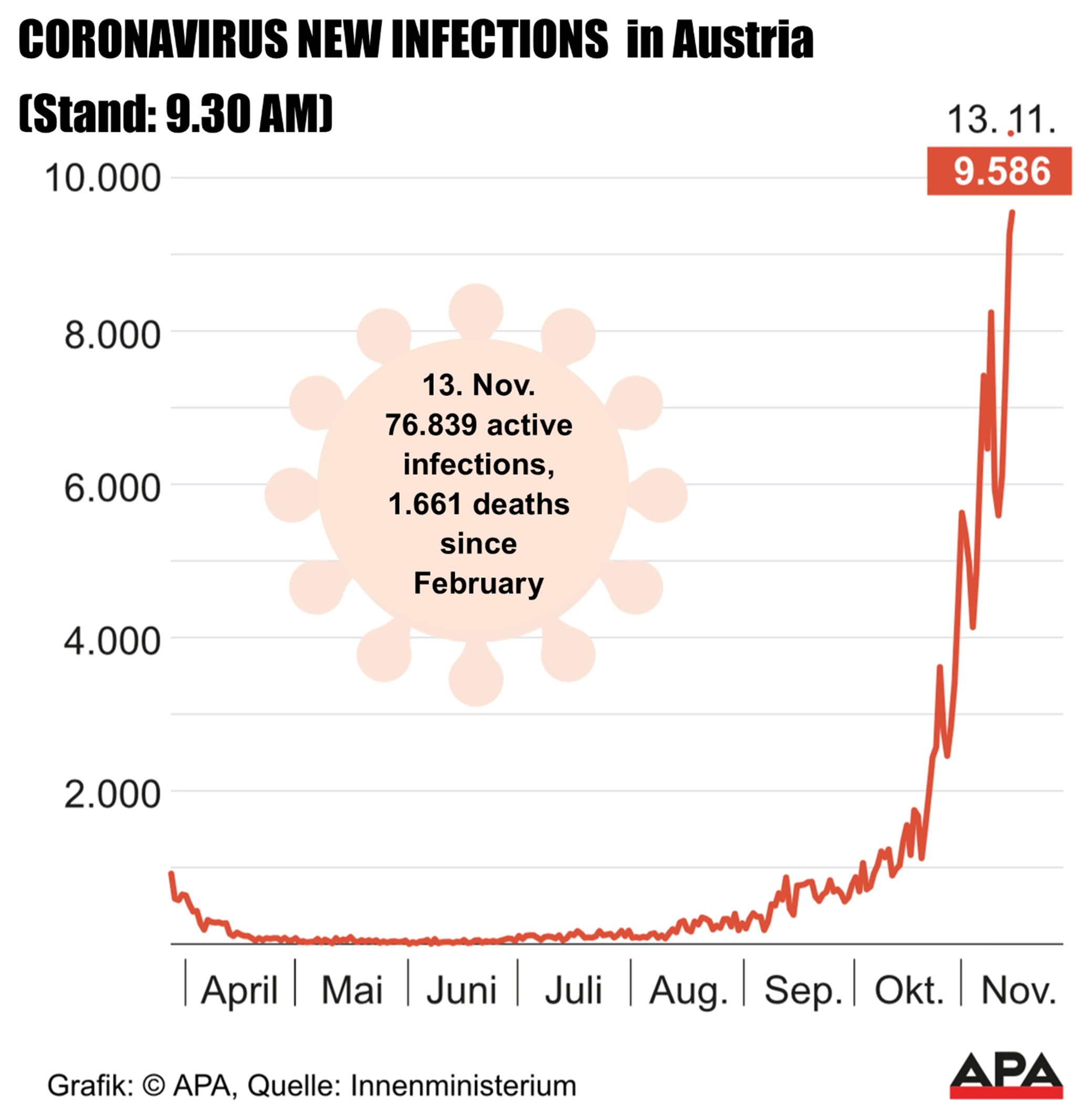 13 November 2020 – Next Corona peak in Austria: Within the past 24 hours, a total of 9586 new infections have been registered (as of Friday, 9.30 a.m.). The 1000 mark was exceeded in four federal provinces, two of them even scratched just below the 2000 mark. Throughout Austria 53 more people have died since Thursday.

Most new infections had to be reported from Vienna on Friday – 1902 new infections were recorded. Just behind was Upper Austria with 1891 new cases. Lower Austria reported 1123, Carinthia 1006, Vorarlberg 975, Styria 944, Salzburg 837, Tyrol 724 and Burgenland 184. However, after technical problems with the Federal Epidemiological Reporting System (EMS) there were again late reports.

The number of people requiring hospital treatment for coronavirus infections has continued to rise within the past 24 hours. 90 patients had to be newly treated on the normal ward, 21 on intensive care units. Currently, 3922 people throughout Austria are undergoing hospital treatment, 567 of them in intensive care units. 76,839 people were actively infected.

Other fatalities have also been recorded: Within 24 hours, 53 more people throughout Austria died as a result of a coronavirus infection. The number of deaths since the beginning of the pandemic has thus risen to 1661 since Thursday.

hp, with reports from krone.at