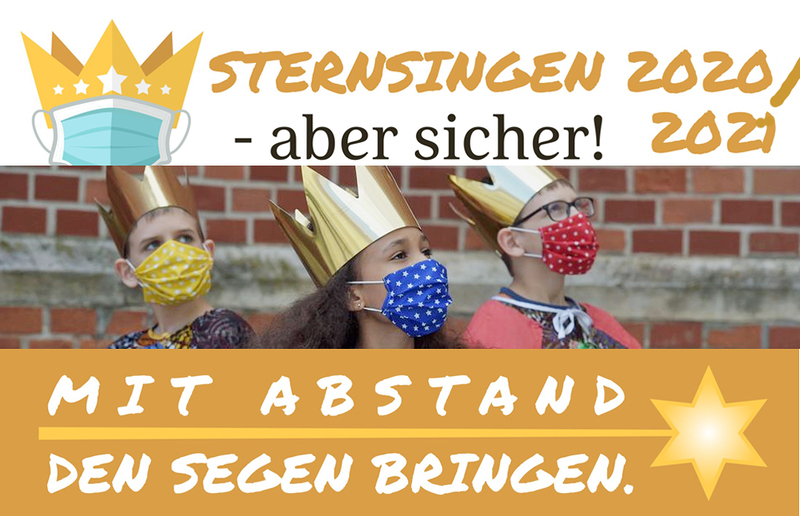 The “Magi” or the Three Kings and their star were guests of the Mayor of Vienna. Due to Corona, there was no live singing this year. In the coming days, several more politicians will receive the traditional visit.

Due to Corona no live singing this year
This year the four carol singers were not allowed to sing live as usual due to the Corona rules, so the carol song was played from a tape recorder. Afterwards they delivered the message of peace and the blessings for the year 2021 as well as the traditional sign C+M+B – Christus mansionem benedicat (Christus segne dieses Haus)

“It is a beautiful sign of international solidarity of the children and young people that every year they support families in regions where poverty has increased – also due to Corona – with this action. The money is used to provide sustainable help together with local initiatives. It is therefore important that the carol singing campaign can also take place this year. Cohesion and working together is particularly necessary in a crisis,” said Ludwig.

The mayor also donated a sum of money as a sign of support for the approximately 500 aid projects worldwide. This year the projects support speziel actions in South India.

Sternsinger this year on alternative ways on the way
Since the turn of the year 1954/55 Caspar, Melchior and Balthasar defy all weather and bring the blessing for the new year to all people in the country. Because of Corona, it was especially difficult this time. In many parishes, the little heroes and heroines set out anyway – with the strict safety regulations of the “carol singers’ hygiene concept”. In other parishes, alternative paths have been taken: video greetings, carolers’ mail and online carolers’ visits at www.sternsingen.at/virtuellerbesuch.

In these days, inspite of the Corona crisis, Sternsinger children are in Austria on the way and ask in the context of the Dreikönigsaktion of the “katholische Jungschar” the population to donate assistance for suffering fellow men. One can also donate online via www.sternsingen.at.

The feedback from the people visited has been extremely positive. The blessing for the new year is especially important this year, as a sign of hope and confidence. Martin Hohl, President of the Catholic Children’s Movement, commented: “The Catholic Children’s Movement hopes for our society that we will recover from the consequences of the coronavirus. What we urgently need is strong cohesion – in Austria, in Europe, all over the world. Only with solidarity and joint action will we overcome global problems such as the climate catastrophe or the corona pandemic.”