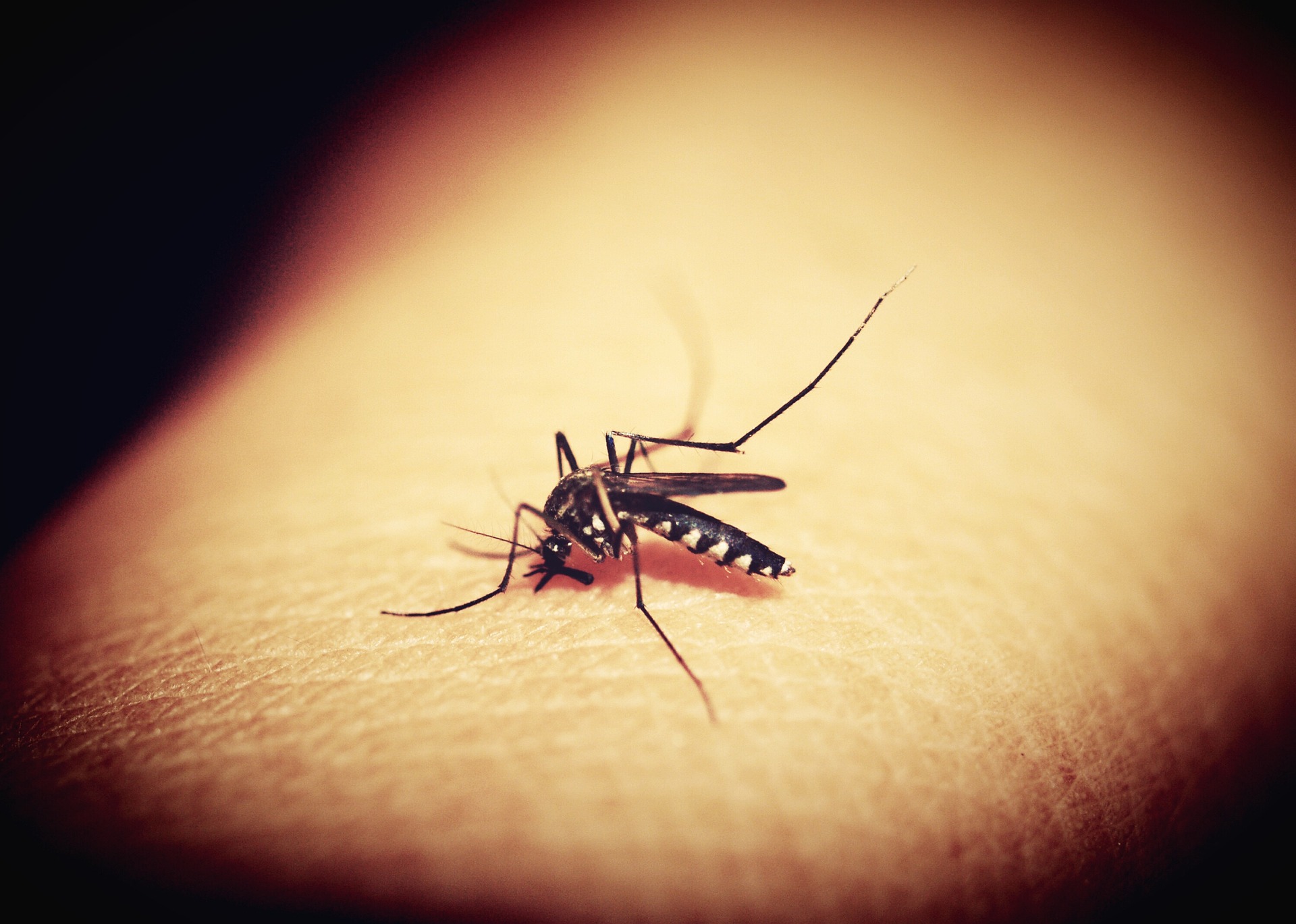 It is true that mosquitoes like certain people better than others. Researchers have repeatedly proven this in controlled experiments, says Swedish mosquito researcher Marcus Stensmyr from Lund University in an interview with #Faktenfuchs. But which people does it hit particularly often?

Not all mosquitoes bite people
First of all, it’s essential to know that only a handful of mosquito species bite humans. And even among the human-biting varieties, only the females bite. This is because they need human blood – or, more precisely, specific proteins in it – to produce eggs.

Various factors then play a role in the selection of the host: carbon dioxide emissions, the color of skin and clothing, individual body odor, and body temperature and humidity.

First signal: the carbon dioxide content of the breathing air
First, mosquitoes perceive the carbon dioxide that humans exhale, says Jeff Riffel, a biologist at the University of Washington: “They smell us from, say, 100 meters away. And they use CO2 to do that.”

The carbon dioxide cloud surrounding us lets the mosquito know that a living creature is nearby. So those who exhale a lot of carbon dioxide – such as athletes and tall or muscular people – are more attractive to mosquitoes.

The second signal is the color of skin and clothing.
“What happens then is that the CO2 that mosquitoes smell from a distance activates their visual system,” Riffel explains. So now the mosquito also uses its eyes to search for its next victim – like a human smelling freshly baked bread and then to look for a bakery.

Compared to humans, mosquitoes have relatively poor vision, says Marcus Stensmyr: “But they can recognize contrasts very well. That means it’s easier for mosquitoes to see you if you’re wearing dark clothing.” White also stands out from the surroundings, he says, and is therefore highly visible to mosquitoes. Consequently, he recommends wearing pink or light blue when jogging, for example – when we emit a lot of CO2.

The color tones specific to human skin also enable mosquitoes to distinguish whether they are dealing with humans or animals: All humans – whether light- or dark-skinned – share a spectrum of red and orange tones. In a study published in Nature Communications in February of this year, biologist Riffel and colleagues proved that mosquitoes specifically fly to these tones.

Third signal: individual body odor
The question remains, who exactly does the mosquito bite? Me, or my neighbor? The individual body odor is decisive from a distance of about one meter. But this has nothing to do with “sweet blood,” as it is often called, Norbert Becker, a private lecturer in ecology and medical entomology at the University of Heidelberg, told #Faktenfuchs in 2019. He said the sugar content in the blood does not play a role.

Mosquito researcher Stensmyr explains that the specific odor of a person depends primarily on the bacteria found on our skin. This is because all people “secrete similar fatty acids. But on our skin, there is an individually different composition of bacteria. And these bacteria break down the fatty acids and produce odors that we usually perceive as human odors.

Researchers have now identified various chemicals mosquitoes like – or don’t like. But which mixtures make a person attractive or unattractive is not entirely clear. After all, according to Riffel, there are a total of about 100,000 components that make up a person’s scent.

Genes could also play a role
One factor that may influence this personal scent is genes. This was discovered in 2015 by researchers led by James Logan from the London School of Hygiene and Tropical Medicine. From a study of identical and fraternal twins, they concluded that genetic makeup probably influences individual body odor.

The study involved 18 pairs of identical – thus genetically essentially similar – and 19 pairs of fraternal female twins, whose genes differed like those of other siblings. The mosquitoes liked the identical twins similarly – the fraternal twins were picked differently. Which genes are decisive, however, remained unclear. And likewise, which genetic characteristics of a person influence the individual body odor in such a way that it is enticing for mosquitoes.

Researcher Stensmyr suspects that the genes could affect individual immune defenses – and these, in turn on the composition of the bacteria on our skin.

The mixture of CO2 and body odor probably makes the difference.
Overall, it seems that the ratio of CO2 and individual body odor matters most. Suppose the breakdown products produced by the bacteria on the skin and the CO2 content of the breath are in the correct ratio. In that case, mosquitoes find this attractive – or even off-putting, Andreas Rose from the Regensburg-based company Biogents explained to #Faktenfuchs in 2019. The biologist used to conduct research at the University of Regensburg and then founded the company that manufactures mosquito traps.

Fourth and fifth signals: body heat and body temperature.
Back to the mosquito, which first focused on its host based on its CO2 output and then visually. When the mosquito is already very close to its victim, body warmth and moisture also play a decisive role, says biologist Jeff Riffel – possibly as a final decision criterion: “If we are not warm, mosquitoes have little interest in biting us,” says Riffel. “But if we’re warm and also secrete some water vapor – that is, sweat – then they’re particularly interested in settling on us and scanning us.”

This may also explain why researchers repeatedly find that certain groups of people are particularly popular with individual mosquito species: pregnant women, malaria sufferers, or people who have been drinking alcohol.

Andreas Rose from the Regensburg-based company Biogents and his colleagues were already able to prove in 2012 at the University of Regensburg that the consumption of alcohol has a pleasing effect on mosquitoes: “In our experiment, it was shown that our skin was more attractive when we had drunk alcohol,” Rose told #Faktenfuchs in 2019. However, the research group could not prove exactly which substances were responsible for this at the time.

Mosquito researcher Stensmyr suspects that the factors already mentioned could also play a role in all these groups: body temperature, sweat, and CO2 content of the air we breathe. Pregnant women, for example, have a higher temperature and an increased metabolism – they, therefore, exhale more CO2.

Light does not attract mosquitoes.
Many people also believe that light attracts mosquitoes. But what is true for moths is not valid for mosquitoes. When they fly in through an open window in the evening, they follow human scents, not the light.

Conclusion: A whole range of factors play a role in a mosquito’s choice of host. Even from a distance, mosquitoes can smell the CO2 content of our breath. As soon as they get a little closer, they can also perceive colors – and fly, especially for the red tones of human skin and clothing colors that stand out firmly from the surroundings. They are particularly good at detecting dark colors in daylight.

When deciding who to sting, our individual body odor plays a major role, in addition to our body temperature and whether we are sweating. It’s not about “sweet blood” but about which bacteria decompose the fatty acids on our skin and which substances are produced in the process. Some chemicals that mosquitoes find particularly attractive or unattractive are now known to researchers. However, which odor mixtures are beautiful to mosquitoes is not yet clear.