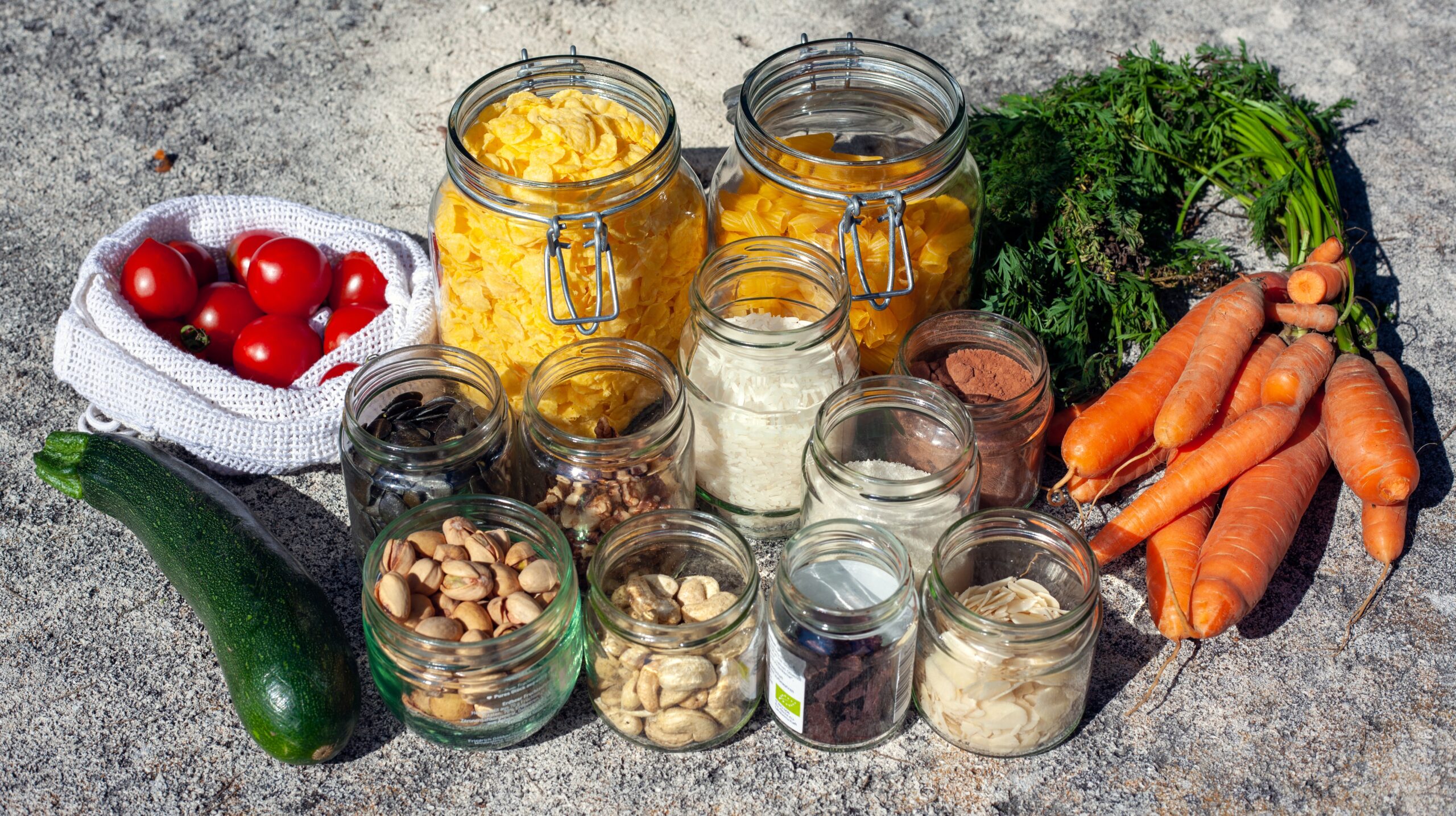 Every year, around one million tons of edible food is thrown away in Austria. However, numerous initiatives are working to prevent this. Here’s an overview of nonprofit organizations, companies and networks working to combat food waste.

According to a recent UN study, food waste is responsible for 8 to 10 percent of global greenhouse gas emissions. This affects everyone: socially, ecologically and economically – according to the study’s findings. In Austria, too, the oversupply is enormous and the quantities of good food that are thrown away are unimaginable. vienna.at published the following 15 initiatives against food waste:

1 Krut: Viennese Kimchi
Too big, too small, too much, too crooked – the vegetables may be fresh, but they are often not even harvested, end up in the garbage or in the biogas plant. Krut makes the traditional Korean dish kimchi from it – which is not only sustainable, but also extremely healthy. dev.krut.cc

2. soogut social market
The non-profit soogut social markets take over around 39 tons of food per week and supply almost 36,000 people in Lower Austria with inexpensive groceries almost every day. People who have to manage on a shoestring budget can buy high-quality food and everyday goods at a third of the price at the total of 10 locations, as well as second-hand clothing. www.soogut.at

3. Too Good To Go: Saving food on your smartphone
Too good to throw away: Too Good To Go offers a way to save food from the trash can via app. Through the app, more than 1,500 businesses such as bakeries, restaurants, cafes, hotels, producers and supermarkets already sell their surplus but perfectly good food to self-pickup customers at one-third of the price. www.toogoodtogo.at

4. unwasteful: Surplus to delicatessen
The company from Schwendermarkt in Vienna combines food rescue with delicatessen. Unverschwendet collects surplus fruits and vegetables and turns them into delicious products and (corporate) gifts: from jams to syrups to pickles. Products that are “not nice enough” for the market are thus given a new life. www.unverschwendet.at

5. Act2gether: The Carinthian Foodsharing Initiative
The foodsharing initiative of the Carinthian association “Together” is a great, colorful togetherness: Not only is food exchanged at the distribution points, people also meet to chat and cook together. Anyone can drop off surplus food or pick it up free of charge. www.act2gether.at

6. bread pilot:inside: Baked goods fresh from yesterday
The Brotpiloten/innen have chosen a very special niche: they give baked goods from their partner bakeries a second chance by passing them on at events and markets – for example, every Saturday at Yppenplatz in Vienna. With the help of the otherwise wasted baked goods, they thus create awareness for the value of food. www.brotpiloten.at

7 Caritas Le+O: Sustainable support
Caritas also has a major movement against food waste: Le+O saves food from the garbage can and distributes fresh and shelf-stable products once a week to people affected by poverty. Together with almost 1,000 volunteers, Le+O manages to pass on 14 tons of food every week to those people in Austria who need it most. www.caritas-leo.at

8. foodsharing: “Fair-divider” for all
Since 2012, the foodsharing movement has been saving tons of good food from the trash every day. The organization distributes it on a voluntary basis and free of charge among acquaintances, the neighborhood, in homeless shelters, drop-off points for the socially disadvantaged and via the foodsharing platform. The publicly accessible shelves and refrigerators, known as “fair dividers,” are available to everyone. www.foodsharing.at

9. Team Österreich Tafel: Saving food every Saturday
Team Österreich Tafel is an initiative of the Austrian Red Cross and Hitradio Ö3. Under the motto “Collect instead of rot, use instead of waste,” Team Austria’s volunteers have been on a fixed mission week after week since March 2010: Every Saturday, they collect food that is in perfect condition but can no longer be sold in order to distribute it directly to people in need. In this way, around 19,000 families are regularly supplied at 118 distribution points. https://www.roteskreuz.at/ich-brauche-hilfe/team-oesterreich-tafel

10. Tischlein Deck Dich: Vorarlberg’s food distributors
“Distribute instead of destroy” is the principle of the Vorarlberg association Tischlein Deck Dich, which distributes food that is unsaleable in stores to those in need. In 2004, the garage and the old VW bus of the founding couple sufficed as a small warehouse; meanwhile, up to 30 tons of food are transported to the distribution points each week with 10 association vehicles. tischlein-deckdich.at

11. federation of the Austrian tables

Bridge between abundance and lack. The association represents the interests of ten member food banks, some of which have been rescuing food throughout Austria for several decades in order to pass it on to those affected by poverty, thus building a bridge between abundance and scarcity. Its core tasks also include raising awareness in the areas of poverty, hunger and food waste. In 2020 alone, more than 4,200 mostly volunteers provided nearly 5,000 tons of food to about 76,000 people affected by poverty. That translates into about 10 million meals. www.dietafeln.at

12. Verein Start Up: Food at the Foodpoint
How can it be that garbage cans are full to bursting and at the same time there are humans, who lack basic food? The association Start Up asks itself this question and therefore makes food available for a contribution towards expenses. In the Foodpoint collection stations, for example, you can find good but dented cans of peaches, ripe bananas or puree in a damaged carton, which are not sold regularly because of their appearance. http://www.verein-startup.at/

14. United Against Waste: Food industry against waste
In the “out-of-home catering” sector, i.e. restaurants, hotels and large-scale catering establishments, food waste is generated on a daily basis. This is where United Against Waste comes in: To ensure that no more food is left lying around at the end of the day, the initiative helps to record, analyze and ultimately reduce food waste. Through monitoring and advice, they encourage people to be more aware of what they are eating and can thus avoid leftovers in the long term. www.united-against-waste.at

15. Zero Waste Austria: Inspiration & Network
Zero Waste Austria has been successfully campaigning for years to make zero waste acceptable as a lifestyle and business concept. The non-profit association networks zero waste companies throughout Austria, offers lectures and workshops and is thus the optimal breeding ground for a society without food waste. www.zerowasteaustria.at

Are you missing an important initiative? Contact vthe editorial staff of vienna.at redaktion@vienna.at