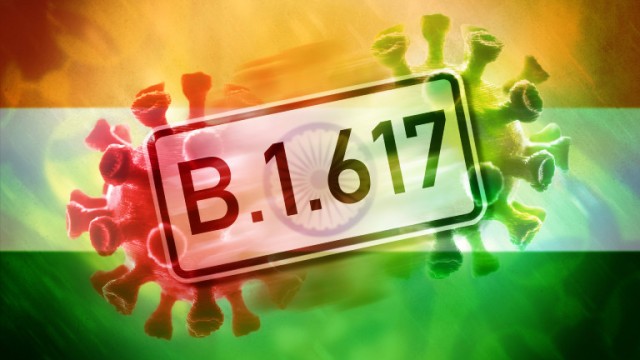 For the first time, a neighboring Austrian country is affected: The Indian mutation has arrived in Central Europe.

For the first time, a case of infection with the Indian coronavirus variant B.1.617 has been detected in Switzerland. As the Swiss Federal Office of Public Health (FOPH) announced on Saturday on the online service Twitter, the affected person was a passenger who had entered Switzerland via a transit airport. According to the statement, consultations are underway on whether India will be placed on the country’s risk list.

Travelers in Belgium also affected
FOPH spokesman Daniel Dauwalder told the AFP news agency that the infected passenger had changed planes in a European country before landing in Switzerland. Earlier on Thursday, Belgian authorities reported detection of the Corona variant in a 20-member Indian student group that had arrived in Belgium via a stopover in Paris.

Already 16.5 million Indians infected with Corona
In India, the Corona situation has recently worsened dramatically. On Saturday, the country’s authorities reported a new high of 2,624 Corona-related deaths within one day. Since the beginning of the pandemic, a total of 16.5 million people in India have been infected with the corona virus – only the USA has recorded more cases of infection. 190,000 people in India have died in connection with a corona infection.