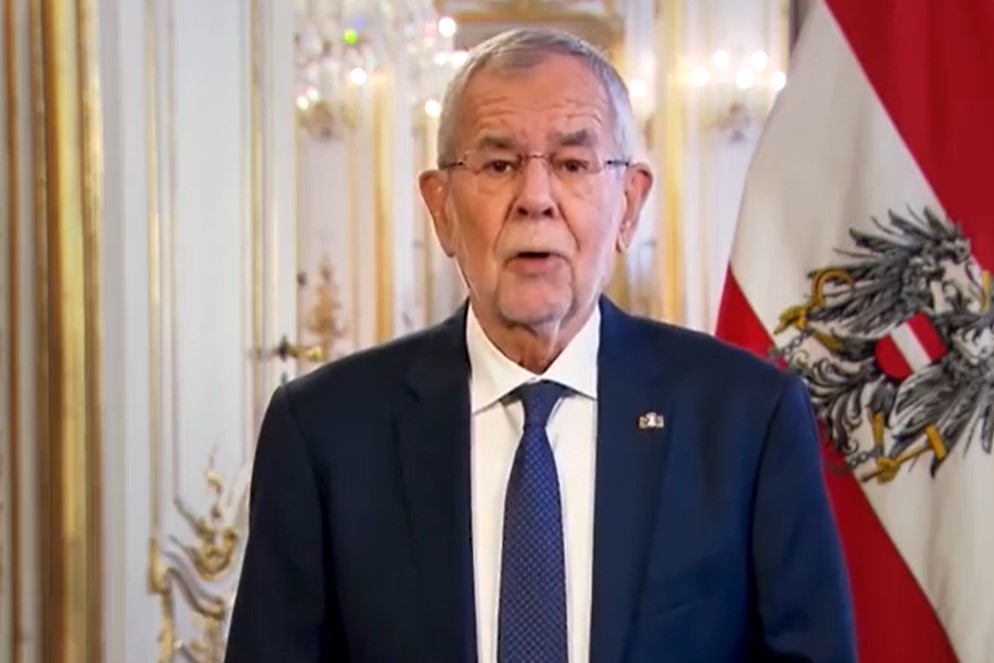 Federal President Alexander Van der Bellen addressed the nation in a televised speech Friday evening. He spoke out in favor of mandatory vaccination and warned against finger-pointing.

Federal President Alexander Van der Bellen (The Greens) addressed all Austrians in a televised speech Friday night. He spoke out in favor of mandatory vaccination and warned against blaming others.

AUSTRIA. “It simply could not go on like this,” the federal president said in his speech. The decision for a new breakwater lockdown was the right one at the present time, he said, “even if it came very late.”

Van der Bellen in favor of compulsory vaccination
There are, of course, fundamental rights and freedoms that “we have struggled over for a long time.” But according to Van der Bellen, there are also “human duties,” such as “the duty to be there for each other. Compulsory vaccination would now become such a duty. It could “help to prevent further waves.”

“Danger of division is great”
The Austrian president stressed that there was a great danger that the rifts in society would become deeper and deeper.

“Let’s reflect on the good”
Van der Bellen asks everyone to remember to “see the good in each other.” And he cites examples of the good: for example, health care workers in hospitals or parents, especially many women, who manage double and triple burdens. Van der Bellen explicitly thanked Austria’s nurses, doctors and scientists. He asked all citizens to do “everything” to break the fourth wave and prevent the next one.