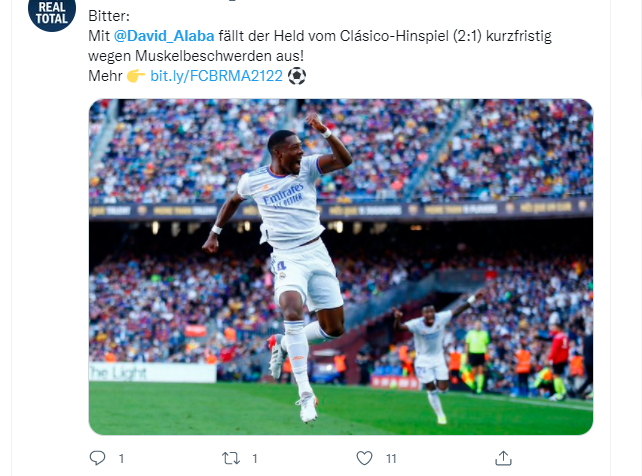 Real Madrid won the Spanish Football Supercup for the twelfth time in the club’s history. Austrian Football star David Alaba and Co. retained the upper hand against Athletic Bilbao 2-0 in the final of the final tournament held in Riyadh on Sunday evening. In doing so, the “royals” dethroned the defending champions and also gained late revenge for their semi-final defeat in January 2021. For Real, it is their second title win in their most recent three editions of the competition.

Luka Modric put the LaLiga leaders on the winning track at the King Fahd International Stadium in the 38th minute after Rodrygo’s pre-work, Karim Benzema made everything clear with a converted hands penalty (52nd) after the change of ends. In the final phase, Alaba’s center-back colleague Eder Militao (87th) was shown the red card for a handball, but Bilbao “Joker” Raul Garcia could not take the chance from the penalty spot for the final goal, found his master in Thibaut Courtois.

Alaba as head of defense
In the semifinals, Real had defeated FC Barcelona 3:2 after extra time, Bilbao had been successful against Atletico Madrid with 2:1. Alaba had been absent from the match against the Catalans with an injury, but now resumed his usual role as head of defense. For the first time, the ex-Bayern player was able to celebrate a title in the Real kit. The feeling is nothing new for coach Carlo Ancelotti, who had already successfully coached the club during his first term, which ended in 2015, and also won the Champions League in 2014.