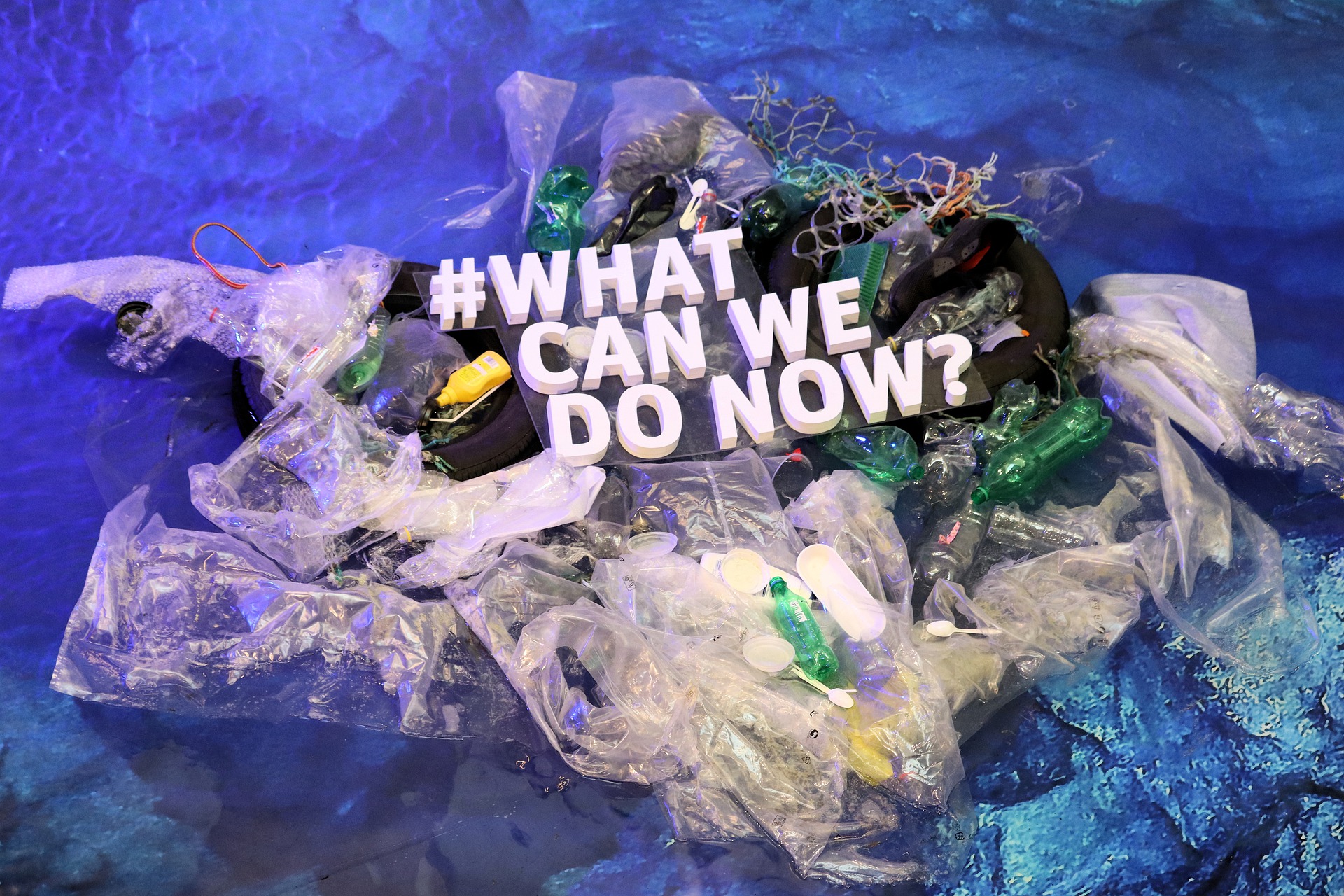 The EU has already restricted the use of plastic bags and disposable tableware. But the flood of plastic in the oceans is far from stopped.
The environmental organization WWF warns of the dramatic consequences of the increasing plastic waste in the oceans. Plastic pollution has increased exponentially in recent decades, the WWF said, citing a study by the Alfred Wegener Institute in Bremerhaven.

For the meta-study commissioned by the environmental organization, the institute evaluated 2592 surveys conducted from the 1960s to 2019.

Danger for animals
Plastic waste decomposes in the ocean into microplastics and nanoplastics, said Heike Vesper, head of marine conservation at WWF Germany. That’s why the microplastic content will more than double in the next 30 years, she said. Impacts were found in almost 90 percent of the marine species studied, said marine biologist and co-author Melanie Bergmann of the Alfred Wegener Institute. However, little research has been done on these relationships, she said. But, “The documented effects are extremely worrying,” Bergmann said.

Animals such as seals or sea turtles could become entangled in plastic waste and suffocate. The same fate can befall birds that build their nests out of plastic waste. This has been observed, for example, with the gannets on Helgoland. When trash covers the seafloor, corals and sponges lack light and oxygen. Turtles and predatory fish, as well as dolphins and whales, mistake plastic parts for prey. After eating them, they would have a false sense of satiety suffer from constipation and internal injuries. The animals also ingest chemicals that could impair their reproduction with plastic waste.

Garbage is often dumped directly into the sea.
The Mediterranean Sea, the Yellow Sea, and the East China Sea are particularly affected. Coral reefs and mangrove forests are in danger. Off the Indonesian island of Java, half of the seabed is covered with plastic waste in some places. More and more plastic waste is also accumulating in the deep sea, accounting for 70 percent of the earth’s surface.

The waste is often dumped directly into the sea or washed away from landfills at high tide. Single-use plastic accounts for 60 to 95 percent of the pollution. According to the study, between 86 and 150 million tons of plastic have accumulated in the ocean. Microplastics also enter the oceans through wastewater. Although modern sewage treatment plants retain 97 to 90 percent of the particles, in a city like Berlin or Hamburg, one percent still means a large amount, Bergmann said.

Wind turbines also contribute to pollution
According to estimates by the Fraunhofer Institute for Environmental, Safety, and Energy Technology, the primary sources of microplastic inputs in Germany are abrasion from tires and bitumen in asphalt and releases during waste disposal. Abrasion from shoe soles ranks 7th in the institute’s ranking, ahead of the frequently mentioned fiber abrasion from textile washing (10th) and particles in cosmetics (17th).

WWF calls for a global agreement
WWF called on the United Nations Environment Assembly (Unea), meeting in Nairobi at the end of February, to initiate a legally binding global agreement against plastic discharges into the oceans. He said there is already an awareness of the problem in Germany. The EU banned special single-use plastic packaging some time ago, she said. In her experience, it was “the fastest environmental legislation ever,” Vesper praised.

However, some improvements take time, according to utility spokesman Hamburg Wasser’s Ole Braukmann. Hamburg’s red-green coalition agreement provides for installing a fourth purification stage in the sewage treatment plant to be examined. However, this would involve a significant investment for 50 to 60 years, the advantages and disadvantages of which would have to be carefully considered. Cleaning processes with activated carbon, for example, are very energy-intensive and expensive.