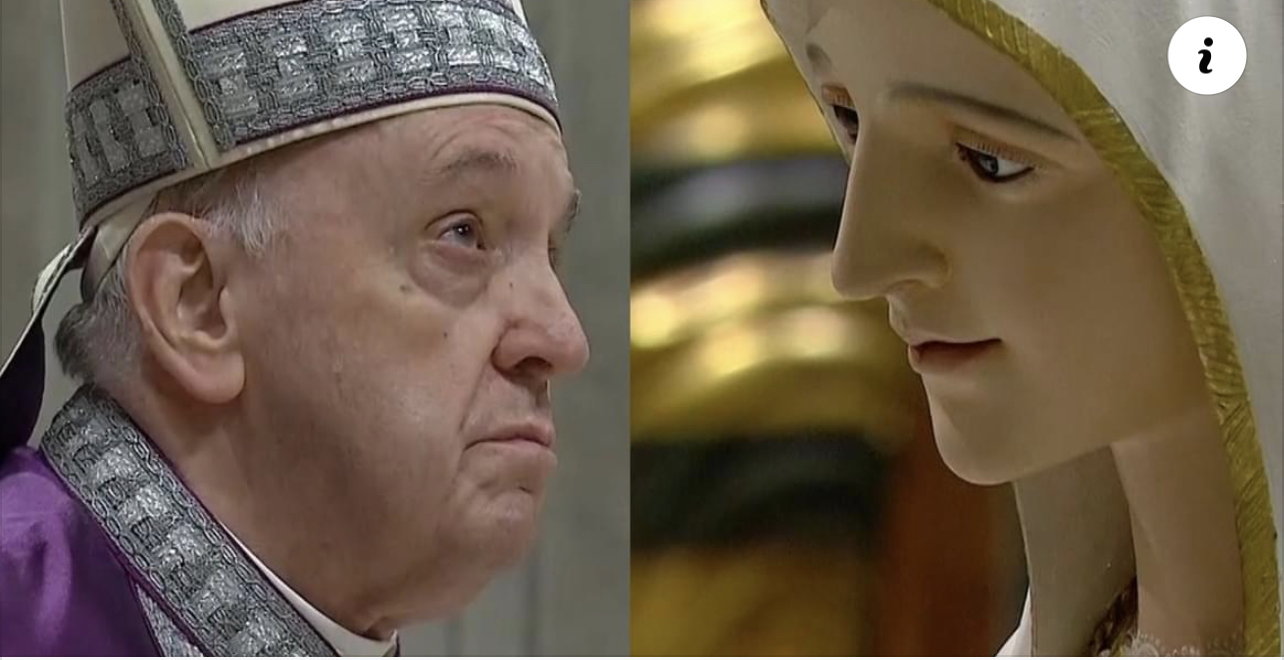 Pope Francis has placed Russia and Ukraine under Mary’s protection. “May the Mother of God take our path by the hand today: May she leads him along the steep and arduous paths of fraternity and dialogue, may she guide him along the path of peace,” Francis said at a penitential service in St Peter’s Basilica in Rome on Friday evening. Similar prayers were held simultaneously worldwide, including in St Stephen’s Cathedral in Vienna, led by Cardinal Christoph Schönborn.

The prayer action took place on the feast of the Annunciation. Francis spoke of a “cruel and senseless war that threatens the world.“ He underlined the importance of the “precious goods of brotherhood and peace” and asked Our Lady to “protect and preserve us.“ God has “plans for peace and not for misfortune.“

3,500 faithful were allowed into St Peter’s for the ceremony. Another 2,000 faithful watched the penitential ceremony thanks to giant screens in St Peter’s Square. “The brutal war that has affected so many people and that everyone is suffering causes fear and dismay for everyone,” the Pope said in his homily. “We feel a sense of powerlessness and inadequacy. We need God’s presence, the certainty of divine forgiveness, the only one that erases evil, defuses resentment, and restores peace in the heart,” the Pope said.

The Vatican published the text of the prayer for peace associated with the consecration in three dozen languages. Bishops and faithful all over the world joined in. Cardinal Schönborn consecrated Mary simultaneously as the Pope during a Stations of the Cross service in St Stephen’s Cathedral. According to Italian newspaper reports, Pope Emeritus Benedict XVI also joined the prayer privately in the Vatican’s Mater Ecclesiae monastery. Curia Cardinal Konrad Krajewski performed the rite of consecration in Fatima’s world-famous Portuguese Marian shrine.

High-ranking diplomats from both parties to the conflict were also present at St. Stephen’s Cathedral prayer. In addition to the envoy and embassy counselor of the Ukrainian embassy Wadym Kowalevskyj, who sat in the front row next to the mayor of Vienna, Michael Ludwig (SPÖ), the Russian cultural attaché Nikolaj Agejew also came. According to Ageyev, it was the first public event in Austria since the beginning of the war at which representatives of Russia and Ukraine were present.

Since the outbreak of the war, the pontiff has repeatedly condemned the Ukraine conflict. On Tuesday, he held a telephone conversation with Ukrainian President Volodymyr Selenskyj, who has hopes for a trip by Pope Francis to his country. On Tuesday, he had invited Francis in a phone call to “visit our country at this crucial time,“ Selenskyj said.

Ukrainian Catholic Archbishop Mieczyslaw Mokrzycki said a papal visit was possible. The head of the Church may not be able to meet with a large group of faithful in Ukraine, the Roman Catholic archbishop of Lviv (Lemberg) said in an interview with the Polish news agency KAI, according to Kathpress. But he said the Pope could not only travel to western Ukraine but also Kyiv or Odesa. “Ukraine is waiting for the Holy Father, even in this difficult war situation,” Mokrzycki said. He associated this with great hope for an end to the fighting. He recalled the joint visit to Kyiv by the heads of government of the EU states Poland, the Czech Republic, and Slovenia in mid-March.