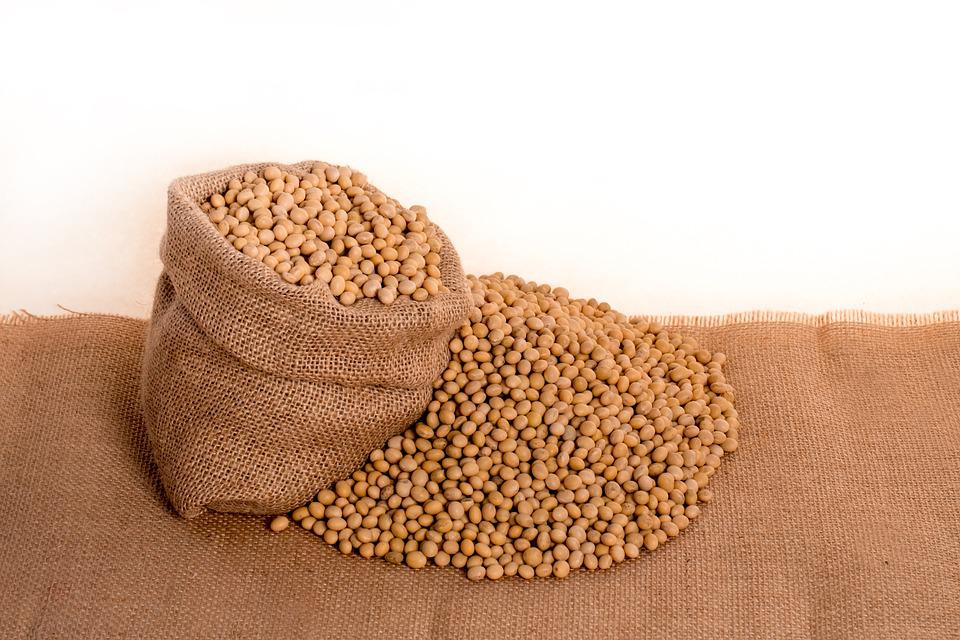 How healthy is soybean?

Isoflavones resemble the female sex hormone estrogen and are found in soybeans. Processing them into tofu significantly lowers their levels.

Soya-based foods are considered a healthy alternative to meat and milk. At the same time, the protein supplier is said to have other, not always only favorable properties. What about the actual influence on the thyroid gland or an alleged hormonal effect?

It is impossible to imagine vegetarian and vegan cuisine without soya, whether in its original form or processed into tofu and soya milk. For years, more and more soy-based meat and milk alternatives have been found in supermarkets. The bean is known for its high protein content. According to the Federal Center for Nutrition, this is around 40 percent in dried beans. Ready-to-eat soya products contain about 11 percent protein.

Legumes are a great way to replace the all-important animal protein for a balanced diet, says Stefan Kabisch, a study physician at the Medical Clinic for Endocrinology and Metabolic Medicine at Berlin’s Charité University Hospital. Those who take different vegetable proteins can nourish themselves at least as vegetarians balanced. Vegans, however, would have to add vitamin B12.

Quite apart from the protein content, the list of nutritional components in soy is long: vitamin B, minerals such as magnesium, trace elements such as iron, and unsaturated fatty acids, including omega-3 fatty acids. However, the bean also contains substances that nutritionists take a more differentiated view of. These include isoflavones, which are similar to the female sex hormone estrogen.

For this reason, they are suspected of having a “hormonally activating effect,” according to medical expert Stefan Kabisch. They can bind to the same estrogen receptors in the body and set the same processes in motion as estrogens. So is soy not as healthy as we think? Healthy people need not worry if they consume it typically, says Kabisch. Due to their regulatory form, isoflavones are “very probably harmless, perhaps even beneficial. Long-term studies have also shown this in Asia, where soy has been on the menu for much longer. Isoflavones are also found in smaller quantities in other legumes such as chickpeas, lentils, and beans.

And yet soybean is suspected of affecting the thyroid gland. According to physician Kabisch, Isoflavones can block a specific enzyme in the thyroid gland. This enzyme is responsible for building active hormones from inactive precursors. If this enzyme is inactivated, Kabisch believes that hypothyroidism can result. However, he sees no health risk for healthy people with average soy consumption because this effect is so tiny and not yet clinically relevant. In addition, the amount of isoflavones in soya is already reduced to about one-fifth by processing it into tofu.

Nevertheless, the legume is not suitable for everyone. People with hormone-related diseases such as breast cancer and metabolic disorders should have their diet clarified by a doctor, says Nicole Schlaeger, team leader for healthy nutrition and nutrition education at the consumer advice center in North Rhine-Westphalia. In principle, she advises not to replace dairy products and meat exclusively with soy products. It is essential to pay attention to variety and sometimes oat or almond milk, at best enriched with calcium, to reach.

Also, in other cases, most nourishing experts warn to the caution, which concerns Soja. For example, soy milk is unsuitable for babies and small children, as it contains less calcium than cow’s milk, and the interactions with other hormones are still unclear. The same applies to pregnant and breastfeeding women.

On the other hand, allergy sufferers should watch out, which also applies to other legumes. According to the consumer protectionist, birch allergy sufferers, for example, can also overreact to soy. And also, with gout illnesses, soy-containing nutrition is not suitable, according to physician Kabisch, because of the Purins contained in it – a metabolic precursor of the uric acid. That applies likewise also to other leguminous plants. Who would not like to do without nevertheless soy? It should eat after the recommendation of the Verbraucherschützer only in moderation.

Soy plays a role, by the way, not only with the meal. The hormonal effect of isoflavones is also used in dietary supplements to help with menopausal symptoms. Because the artificial dosage of 40 to 5,000 milligrams (mg) is often many times higher than the natural form (1 to 3 mg in Western Europe). According to physician Stefan Kabisch, the risk of hormonal side effects can also be increased. In his opinion, women prone to thyroid disorders, in particular, should first consult their doctor before taking the drug. Stefan Kabisch advises against self-medication. In addition, there is still a lack of reliable long-term scientific data.

According to the NRW consumer advice center, anyone who wants to pay attention to their well-being and the environment should look for an organic seal. This is the only way to check the cultivation conditions. It becomes more complicated when it comes to the place of origin of the small legume. According to the consumer protection agency, the soy used for food comes mainly from Europe. Most soy does not end up on our plates, but 80 percent of it is processed into animal feed. According to the World Wide Fund For Nature, most soy comes from the USA, Brazil, and Argentina.