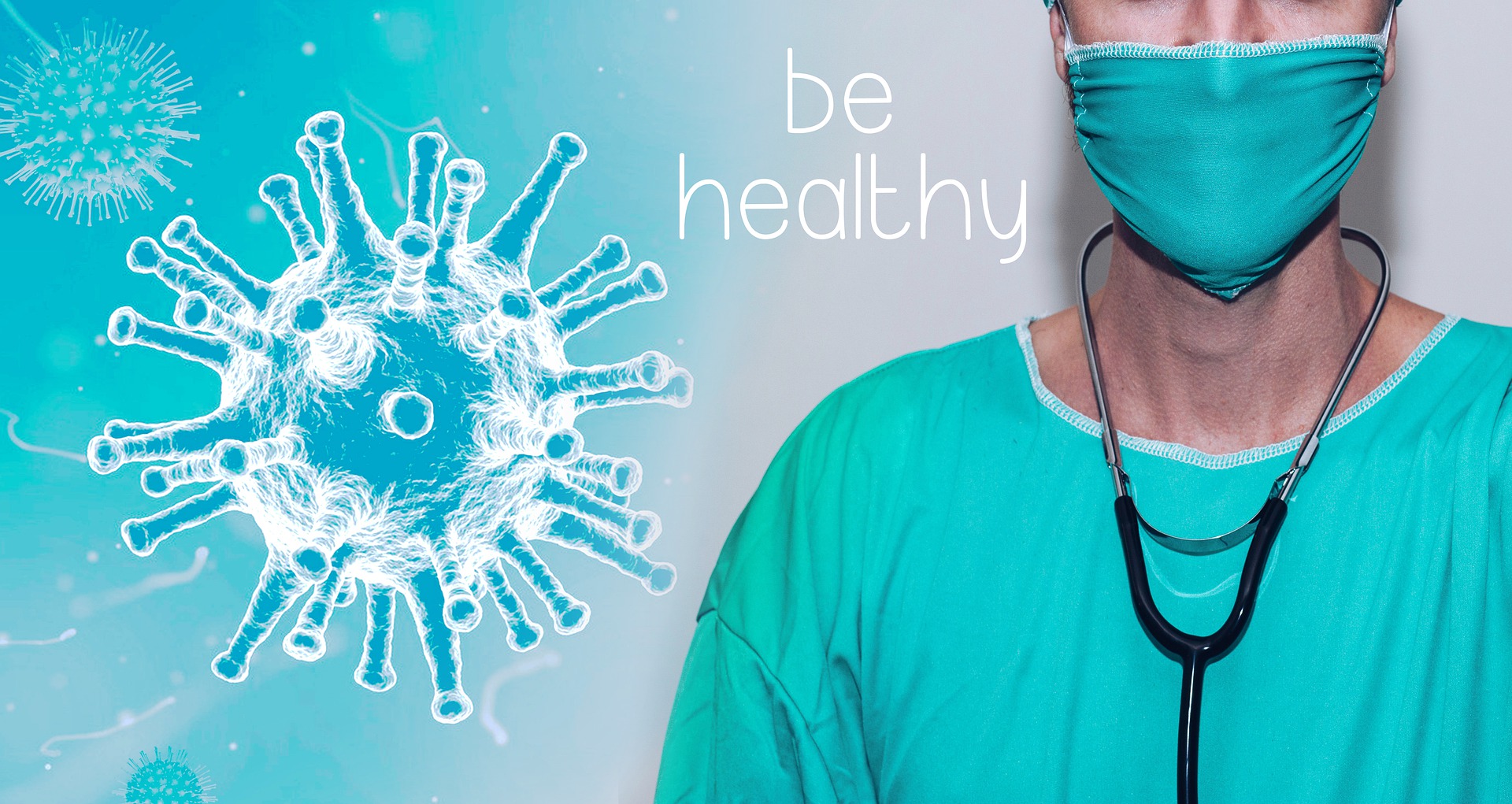 You may know from your environment that some people do not become infected despite close contact with someone infected with Corona. What is the reason for this?

Here’s why:
Some people don’t become infected with corona despite risky contact
How many become infected when they have direct contact with the coronavirus? Researchers in Great Britain wanted to test this and confronted a few volunteers with the virus: 34 volunteers were given virus particles and then tried regularly. Eighteen became infected. The rest were spared.
In another study, researchers tracked how often infected people infected their partners: Of 52 infected, 26 passed on the virus – exactly half.

Small studies, but the interesting evidence
These studies are small and cannot simply be extrapolated to society. So we can’t deduce from them that about half of all people don’t get Corona despite risky contacts.

But even then, there would probably be a certain number of people who would not become infected. Because even if the studies were small: They at least show that it is possible not to become infected despite close risk contact.

Scientists have already investigated the possible reasons for this. We look at a few of these reasons.

Reason 1: The T cell response
Researchers have found that some people who did not contract corona despite close contact with an infected person had a strong T-cell response. In other words, the T cells in these people responded very quickly to foreign pathogens and may also have immediately rendered the coronavirus harmless – before it could multiply enough to cause symptoms or test positive.

What are T cells?
They belong to the white blood cells and mature in the thymus, hence T cells. They are part of the adaptive immune system – the part of the immune system that adapts and develops throughout our lives. When pathogens enter the body, our immune system remembers these pathogens and can respond to them more quickly and precisely the next time they come into contact.

There are different types of T cells:

One recognizes infected cells and kills them. They are also called killer cells.
Others trigger the production of antibodies (T helper cells).
Both, but especially killer cells, can render a pathogen harmless early in the defense process.

How earlier colds can help
The cause of a strong T-cell response may be genetic, for one thing. For another, studies have shown that previous colds may have an influence. Since coronaviruses can also trigger colds, the defense mechanisms against these cold viruses are also partially effective against SARS-CoV-2. This principle is called cross-immunity.
How long we are immune after an infection or vaccination is explained here.

Subjects who did not contract Corona despite contact with an infected person have shown higher levels of cross-reactive T cells in studies. However, past colds with coronaviruses are not fundamental protection against SARS-CoV-2. Not everyone seems to develop such cross-immunity.

Reason 2: The Blood Group
The relationship between blood types and the severity of corona disease has been studied. There have already been studies that concluded that people with blood type A have a higher risk of a severe course – compared to blood type 0.
Meanwhile, researchers have also discovered that blood type incompatibility between two people could ensure that one cannot infect the other with Corona. Blood type incompatibility means that the two people have different blood types, for example, A and 0. A study of hospital staff in France showed that infected people were significantly less likely to infect their partners if they had different blood types.

This is especially important for transfusions: For example, if someone with blood type 0 were to receive a unit of type A blood, their body would react to the foreign blood with a violent, life-threatening defense reaction.

The cells of the host change the virus
The antibodies we have against foreign blood types sometimes seem to be directed against the coronavirus. This is because the respiratory tract cells in which the coronavirus replicates have surface structures (antigens) that are also found in AB0 blood groups.

The viruses may carry these characteristics of their host cells with them. Either because certain enzymes in the cells act on the viral envelope or because the viruses take up a part of the cell membrane.

Suppose the virus passes from an infected person with blood group A to a healthy person with blood group 0. In that case, it may be that the natural antibodies against the foreign blood group also directly eliminate the coronavirus. However, this does not always work – and so far, it is not clear when this effect takes hold and when it does not. You are not automatically protected because a risk contact has a different blood group than you do.

Reason 3: Gender
Epidemiological data show gender differences in susceptibility to Covid 19 disease. Women are comparatively more likely to have a favorable disease course. Researchers see a connection with sex hormones such as estrogens and androgens. However, these can influence the viral load and the course of a disease, presumably the entry of viruses.
The current evidence is that women are likely to be better protected from infection with Corona because of a more effective immune response – and if they become infected, they appear to be less prone to so-called systemic inflammation. While most inflammation is localized and can be kept in check by the body locally, systemic inflammation is something the body is unable to contain, so it spreads to more tissues. This can lead to more severe disease progression.

Reason 4: Age
A person’s immune response changes throughout life and gets weaker with age. This happens regardless of gender, by the way. As a result, older people not only have more severe courses but could also be more likely to contract the virus.
The immune system gets weaker with age.
Aging causes the immune system to change in many ways, associated with age-related diseases and susceptibility to infectious diseases. Both innate and learned immune responses become weaker and less specific with age.

As a result, infections are more challenging to fight. This affects susceptibility to disorders as well as disease progression and potential sequelae. And responses to therapeutics or vaccines are also sometimes less efficient.

Reason 5: The viral load
The viral load reflects how much virus an infected person carries. Depending on the time of illness, the viral load can be pretty high in Corona in the throat or nose. Researchers believe that high viral loads are also associated with increased infectivity.
Not every infected person excretes the same amount of virus. Studies of large corona outbreaks show that virus spread sometimes starts with just a few individuals who infect many others at once. Symptoms are not an indicator: even asymptomatic or presymptomatic infected individuals can have high viral loads.

The Ct value of the PCR test can give an approximate impression of whether someone is infectious. Ct stands for “cycle threshold.” The value indicates how many cycles a PCR test must run to detect viral material. The more processes required, i.e., the higher the Ct value, the less viral material is found in the sample. Exceptionally high Ct values are therefore associated with a low viral load.

Those who have not been infected are not necessarily immune
The factors mentioned here do not act on their own. They interact and reinforce or weaken each other. Those who have not been infected once are probably not fundamentally immune. The conditions may be different at the next risk contact – and then the infection may occur. Unfortunately, it is impossible to verify one’s susceptibility to the virus.
Currently, the best protection against infection is vaccination and AHA measures. A robust immune response or advantages due to age and gender cannot be relied upon to protect against infection.