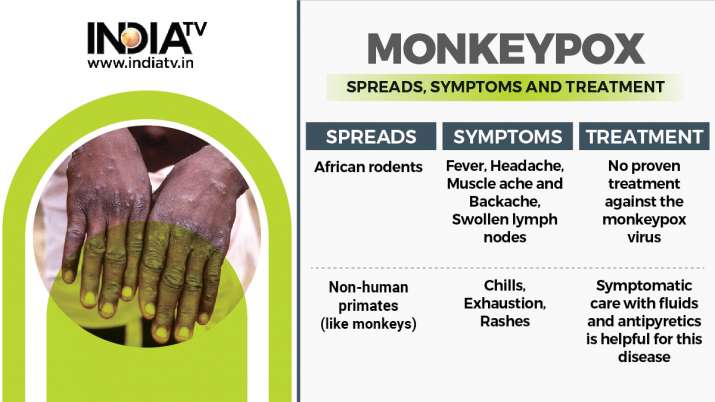 So far, no case of monkeypox, which occurs in several countries, has been reported in Austria. However, contact tracing should be ready to start at the beginning of next week in case of a case, APA learned from the Ministry of Health on Friday. After all, the World Health Organization (WHO) has called to trace all infected people’s contacts. “Currently, there is no cause for concern in Austria,” Health Minister Johannes Rauch (Greens) said at a press conference.

“Currently, case definitions and delimitations are being developed to implement adequate case and contact person management within the framework of a reporting obligation,” the health ministry said. To decide whether monkeypox should be a notifiable disease in the future and whether infected persons should also be quarantined, uniform international guidelines are needed; the WHO and the European Centre for Disease Prevention and Control (ECDC) are currently coordinating their efforts in this regard. The aim is to achieve a consistent case definition, for example, based on which parameters the disease is diagnosed and detected. Laboratory PCR tests could also be used to detect monkeypox.

Health authorities proceed according to known symptomatology until a unified international approach is decided. In the course of today, Friday, an information letter will therefore be sent by the Ministry of Health to the provinces, professional societies, and physicians. This is intended to contribute to increased awareness and sensitivity in health facilities to the infection, which is very rare.

Cause of increased monkeypox infections unclear

There are several conjectures about why monkeypox appears to be increasing and spreading. On the one hand, the again increased travel activity “after Covid,“ when by the Pandemiebekämpfung journeys were much less or partly not at all possible, could contribute to it. For another, authorities and the media, and the public are probably more aware of zoonotic diseases and their potential consequences due to the experience with Corona – like SARS-CoV-2, monkeypox is a disease that has jumped from animals to humans. “Covid has shown the serious risk that zoonotic diseases can pose and therefore the importance of a holistic understanding of human, animal and environmental health – i.e., the One Health approach,” a spokesperson for the Ministry of Health told APA, referring to the lessons of the Corona pandemic.

WHO to conduct smallpox exercise with G7 countries

The fact that “smallpox” is generally back in the spotlight could also be due to an exercise conducted by the G7 countries and the WHO, which are currently simulating better combat for future pandemics. The assumption is a leopard bite caused the outbreak of a smallpox pandemic. During the G7 meeting, reports on this and the “ever-increasing threat” posed by zoonoses such as animal pox will be presented, it was said on Thursday. The G7 health ministers are currently discussing a global pandemic pact in Berlin.

Infections were recently reported in Australia and France.

A case of monkeypox has also been detected in France. A 29-year-old man in the greater Paris area who had not previously traveled to a country where the virus circulates was affected, health authorities said Friday. Earlier, leaders in Australia had made public a first confirmed case. There is still no known infection with the viral disease in Austria, which has already been detected in numerous countries.

As the man has no severe symptoms, France said he had been isolated at home. Contact persons would be identified and given rules of conduct to prevent further spread. Further investigations have been ordered.