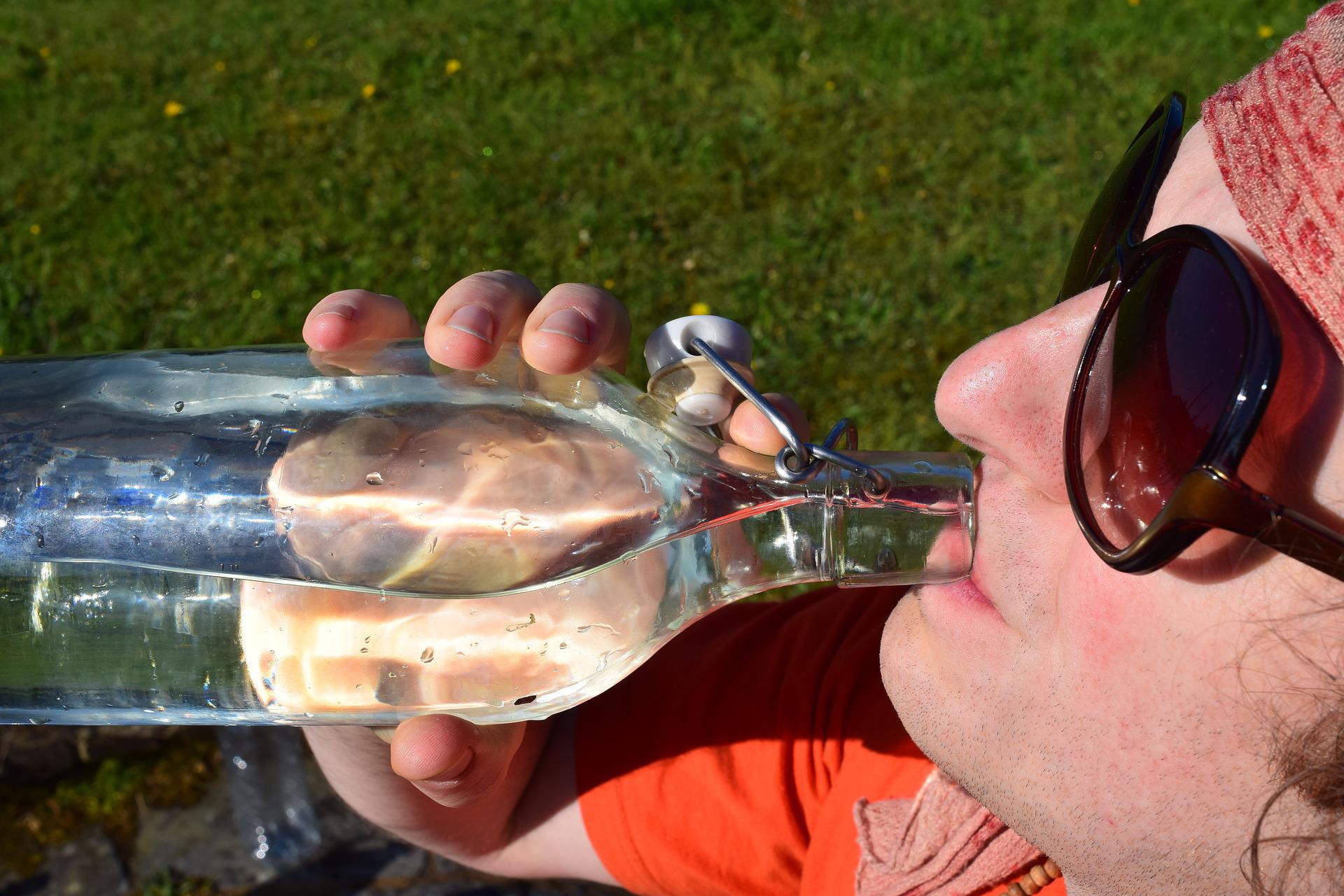 Two liters of water a day is a general rule of thumb. However, it is not scientifically proven. Among others, the kidney specialist Heinz Valtin writes that. The former professor of physiology and neurobiology at Dartmouth University has looked for the origin of this recommendation in numerous publications. In vain. “I have found no scientific proof that absolutely everyone needs to drink at least two liters of water a day,” says Valtin. Where the myth of the two liters comes from is not clear, he adds.

How much water is needed?

According to the German Nutrition Society (DGE), an adult should drink about 1.5 liters of water a day. Less than 1 liter per day is not enough to keep the body adequately hydrated. The body also needs many fluidconsiderablesome situations, such as extreme heat, extreme cold, fever, vomiting, and diarrhea. Sports or physical work also mean that we need more water.

People who eat a lot of fruit, vegetables, and soups also absorb fluids through solid food and therefore need to drink less. Even meat provides juice—the best sign of a lack of fluids: is thirst.

Do you have to drink when you are not thirsty?

If you’re young and healthy: no. That’s according to researchers at the Monash University Biomedical Institute in Australia. In a series of experiments, they have proven that the body resists drinking too much water. For their study, the scientists examined the brain functions and perception of the test subjects. They found that the swallowing reflex is inhibited when the body is sufficiently supplied with water. This vital mechanism prevents us from taking in too much fluid.

Nutritionist Uwe Knop from Eschborn also says that healthy people should only drink when they feel thirsty. Thirst, he says, is the only indicator that shows when you need fluid.

However, some people do not develop a real sense of thirst. Seniors, for example, often drink too little and can become life-threateningly dehydrated. An area of the brain that functions less reliably in old age is to blame. People with health restrictions, such as kidney problems or diabetes, should not rely solely on their thirst. Children often have too little appetite as well.

Is it possible to drink too much water?

Yes, and it can be fatal. However, such dramatic cases are sporadic. For example, at the Ironman in Frankfurt in 2015, an athlete died because he drank too much water. Deaths have also occurred in drinking competitions. This is usually so-called hyponatremia, also known as water intoxication.

The danger here is not in the amount of liquid but its composition. Anyone who consumes five or more liters in a few hours upsets their salt balance – hence the name “hyponatremia,“ which translates roughly as “low sodium.“ Water increasingly penetrates the body’s cells, resulting in edema and swelling caused by water retention. Especially in the brain, these edemas can be life-threatening.

Symptoms of water intoxication include drowsiness, nausea, headaches, and seizures. Water intoxication can be avoided by first and foremost listening to your thirst and drinking water that has been fortified with mineral salts.

How much do you need to drink during sports?

Despite isolated cases of water intoxication, the following applies: If you sweat, you have to drink. However, it depends on whether you are jogging easily through the park for half an hour or completing a desert marathon. The German Sports University in Cologne has established a rule of thumb.

According to this rule, athletes should drink 0.4 to 0.6 liters of fluid two to three hours before exercise. From 60 minutes at the latest, they should also drink something in small sips every quarter of an hour during sports. After the mark, in the regeneration phase, the supply of minerals and carbohydrates is essential in addition to fluids, and this also helps prevent water intoxication. Juice spritzers are best suited here to quench thirst.

What happens if you drink too little?

People who drink too little get tired quickly and have difficulty concentrating. The lack of fluids increasingly removes water from the blood and tissues, writes the German Nutrition Society. The blood “thickens.” This can lead to headaches, reduced performance, and constipation.

A sign of fluid deficiency is the color of the urine. Usually, this has a light to dark yellow color. The more we drink, the lighter the urine becomes; the less we drink, the darker it becomes.

Which is healthier: sparkling or still water?

In principle, both types of water are healthy but have different effects on the body. With sparkling water, the oral mucosa is better supplied with blood, and saliva flow is stimulated. Digestion is also produced as a lot of air enters the stomach. However, sparkling water can also cause flatulence, bloating, and belching.

Carbonated water cannot cause hyperacidity; it has a neutral effect on our acid-base balance, not an acidic one. And the myth that carbonic acid dissolves calcium from the bones is also false.

If you have an irritated stomach, you should still use water because carbonic acid promotes the formation of gastric juice. Those who like still water can drink tap water with confidence. The water is controlled in the waterworks according to the drinking water ordinance.

Does coffee have a dehydrating effect?

Contrary to popular belief, coffee does not have a dehydrating effect. According to the Professional Association of German Internists (BDI), caffeine beverages can be included in daily fluid balance.

“Several studies have shown in recent years that the effect of coffee on the water balance is hardly different from that of water,” says Prof. Johannes Mann of the BDI. According to these studies, people who drink coffee excrete up to 84 percent of the liquid they take in through their urine within a day. A negligible difference is that those who drink pure water excrete up to 81 percent. Caffeine does briefly increase the filter function of the kidneys so that more urine is produced. But this effect quickly wears off again.

“Nevertheless, you should not drink coffee or tea against thirst because a lot of caffeine can increase blood pressure, for example,” emphasizes Johannes Mann. Mineral water or juice spritzers are better suited to compensate for fluid loss.