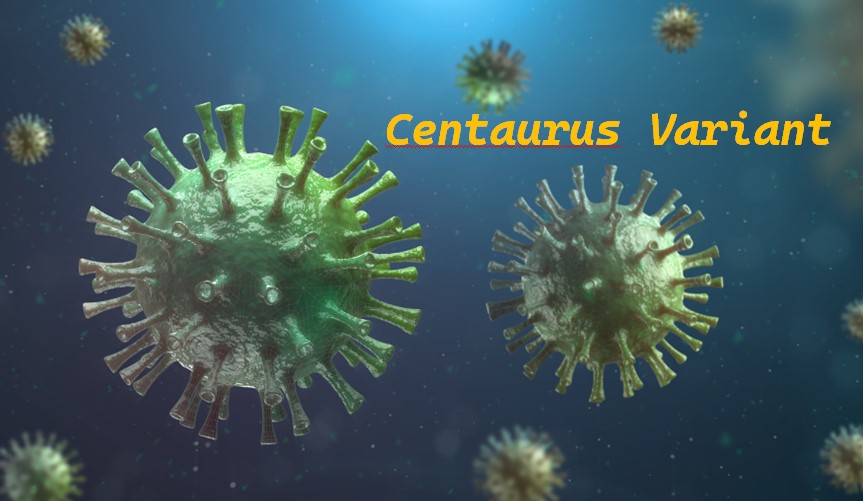 The new Omicron subvariant BA.2.75 has been given its own “nickname.” So far, however, little is known about the descendant of BA.2.

Alpha, Delta, Omicron – and now Centaurus. The different coronavirus variants have all been given a Greek letter as their name after the wild type from Wuhan. However, not all of them were relevant until now because they did not catch on. The recently discovered Omicron subvariant BA.2.75 has also been given a name, albeit with a wink: Centaurus.

The descendant of the Omicron sub-variant BA.2 may have its origin in India, from where it has already found its way to the world and Europe. Centaurus has already been detected in eight countries – albeit in only a few cases.

Accordingly, little is currently known about the pathogen. “Due to the vacation season and many major events, there is a higher chance that the Omicron sprout will soon appear in Austria. But as things stand, we still know too little,” explains top virologist Norbert Nowotny somewhat reassuringly in an interview published by “Heute.”

Other experts are much more concerned. For just as with BA.5 – the variant currently prevalent in Austria – the new variant is also related to BA.2. And that’s the one that triggered arguably the worst Corona wave in Europe at the end of March since the pandemic began. “I don’t like the mutations that have been observed. Before we are done with the BA.5 wave, we may already have to prepare for the next one,” warns molecular biologist Ulrich Elling of the Austrian Academy of Sciences on Twitter.

With this, the expert addresses no less than eight new mutations on the spike protein of Centaurus. For comparison: BA.5 could “only” show three additional mutations. What this means, however, can only be speculated at the moment.

But with such a change in the genetic material, it could be easier for the virus to take over cells. “If, as assumed, BA.2.75 can bypass the immune protection of BA.2 better than BA.5, then this new variant could become responsible for a new wave in Austria,” Elling told The Standard. For Elling, it is particularly significant that there were hardly any BA.1 infections in India but a pronounced BA.2 wave. Accordingly, the immunity against BA.2 in the country should also be high. If Centaurus now spreads further in India, then there are indications that the new sub-variant could circumvent BA.2 immune protection.

At present, however, he said it is too early to tell whether BA.2.75 might even replace BA.5. “I sincerely hope that this HIGHLY SPECULATIVE thread will turn out to be a false alarm!” Elling wrote in closing on Twitter.