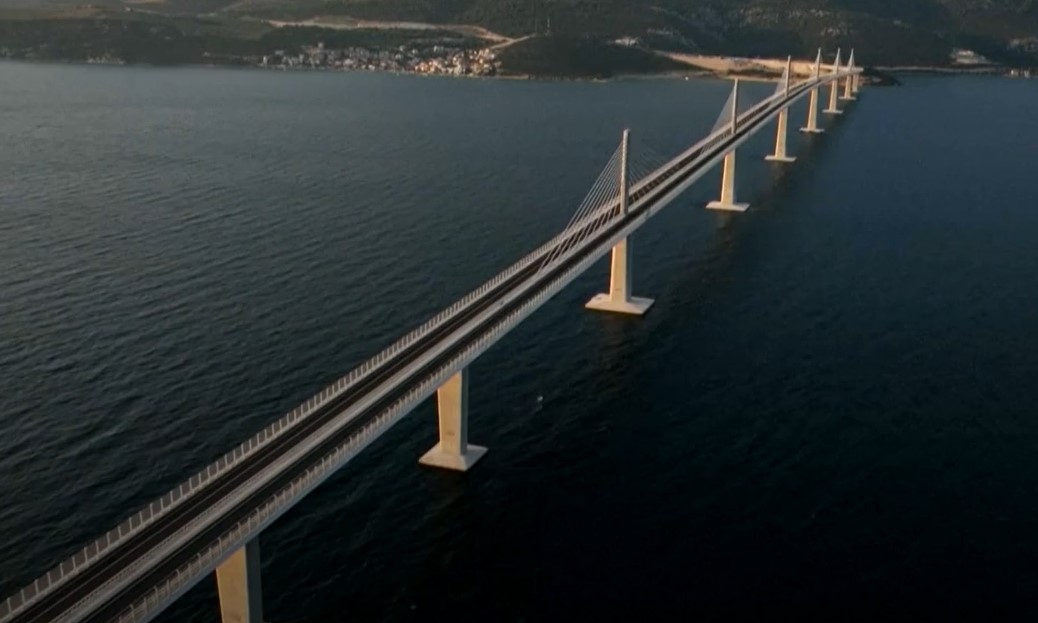 Croatia celebrated the opening of the 2.4-kilometer Peljesac Bridge on Tuesday, which connects the southern tip of Dalmatia, including Dubrovnik, with the rest of the country. From now on, a narrow strip of Bosnian territory can be bypassed. It is the largest infrastructure project in the country’s history, mainly financed with EU funds and built by a Chinese state-owned company.

Croatian authorities have, therefore, already issued a warning. “In the morning, we noticed people walking across the bridge, probably tourists from Komarna or Brijesta. This is extremely dangerous,” Slaviša Babić, head of the Croatian Road Administration, stressed to the Croatian portal “24sata”. Pedestrians are not allowed to cross the bridge.

“I warn again that the bridge is intended only for motor vehicle traffic and those who can reach a speed of at least 60 kilometers per hour. Therefore, no tractors, bicycles, or other vehicles are allowed on the bridge if they can not reach the said speed.” He appealed to motorists to respect the speed limit when driving on the bridge.

On Tuesday, the bridge was also open to onlooking pedestrians. But authorities say it is still a major attraction and popular photo motif a day after its opening.

Prime Minister Andrej Plenković spoke of a historic day for Croatia, with which a national, strategic, and all-Croatian project was realized. “We have realized the Croatian dream,” Plenkovic said at the inauguration ceremony, referring to the bridge now connecting southern Dalmatia with the rest of the country.

On an opening day, celebrations on both sides of the bridge, in Komarna on the mainland and Brijesta on the Pelješac peninsula, started early and ended with festivities in the evening.

At the beginning of the inauguration ceremony, broadcast on Croatian television, the Croatian Air Force’s aerobatic squadron flew over the bridge, where hundreds of boats gathered. Finally, under a fantastic fireworks display from both sides, two vehicles departed, the all-electric hyper sports car Rimac Nevera from the mainland and the Croatian rally legend Niko Pulić with his vehicle from the peninsula. This also marked the official opening of the Pelješac Bridge, which the Bishop of Dubrovnik blessed. For traffic, according to original plans, it should be opened at midnight.

The bridge over the Mali Ston bay provides a direct land connection from the mainland across the Peljesac peninsula to southern Dalmatia for the first time. It was completed at the end of July 2021 after three years of construction, after which more than 30 kilometers of access roads still had to be built. The bridge will make it possible to bypass the Neum corridor, a 23-kilometer-long coastal strip on the Adriatic Sea that belongs to Bosnia and Herzegovina, which will also shorten travel times due to the elimination of border controls.