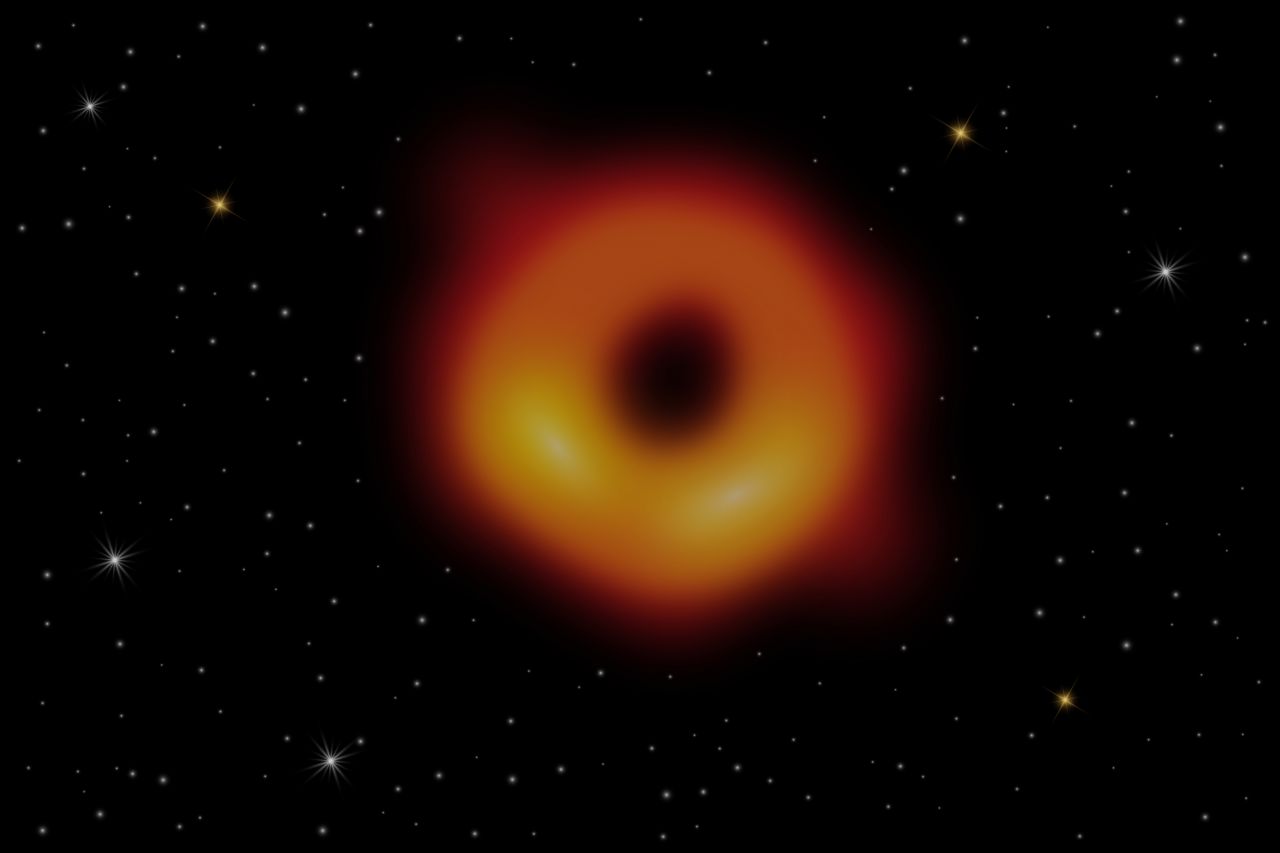 Astronomers have found a particular black hole in a neighboring galaxy of the Milky Way. The object, located about 160,000 light-years from Earth, is “quiet” – that is, it does not reveal itself through radiation but only through its gravitational pull.

According to experts, the quiet black hole in the Large Magellanic Cloud is the first to be discovered outside the Milky Way. Moreover, it was apparently formed by a “direct collapse,” without an accompanying supernova explosion, they write in the journal Nature Astronomy.

Different types
Experts suspect that there are billions of such stellar black holes in the Milky Way and surrounding neighboring galaxies, the “local group.” However, only a few are known – namely those that form a binary system with another star. Often the black holes suck matter from their partner star with their strong gravitational pull. Before this gas crashes into the black hole, it heats up and emits radiation in the high-energy X-ray range – giving away the black hole’s presence.

“Stellar black holes are the remnants of large stars originally more than 15 times the mass of our Sun,” explained team leader Tomer Shenar of the University of Amsterdam. When such a star has exhausted its nuclear energy supply, it collapses under its gravitational pull to form a black hole. Usually, this catastrophe is accompanied by a supernova explosion, in which some of the star’s matter is ejected into space.

However, there should also be many quiet black holes with no matter flowing into them. Shenar and his colleagues have targeted nearly a thousand massive stars in the region of the Tarantula Nebula in the Large Magellanic Cloud with the Very Large Telescope at the European Southern Observatory (ESO) in Chile to search for such quiet black holes.

The team finally found what they were looking for: They encountered a telltale periodic motion in the hot blue star VFTS 243. The star, which contains 24 times the mass of the Sun, apparently forms a close binary system with another object of at least nine solar masses. Every 10.4 days, the two things orbit each other.

In the process, the second object itself remains completely invisible. The researchers searched for the radiation of another star in the light of VFTS 243 – without success. “From the mass of the invisible object, it thus follows that it must be a black hole,” Shenar and his colleagues stated. And this black hole is also quiet; it does not emit any X-rays. This would be the first time such a black hole has been detected outside the Milky Way – an essential step in estimating the number of such objects.

Formed without a supernova
But the dark companion of VFTS 243 had another surprise: the orbits of the double system are nearly circular. However, this does not happen symmetrically when a collapsing star ejects its outer shell into space during the formation of a stellar black hole. This gives the black hole a powerful jolt – and puts it into a highly elliptical orbit. In extreme cases, the black hole can even be catapulted out of the binary system.

He said that the surprisingly circular orbit suggests that the VFTS 243 black hole was formed without a supernova explosion. “Recently, there have been repeated references to such a direct collapse scenario,” Shenar explained. “But our study probably provides one of the most direct indications of this to date.”