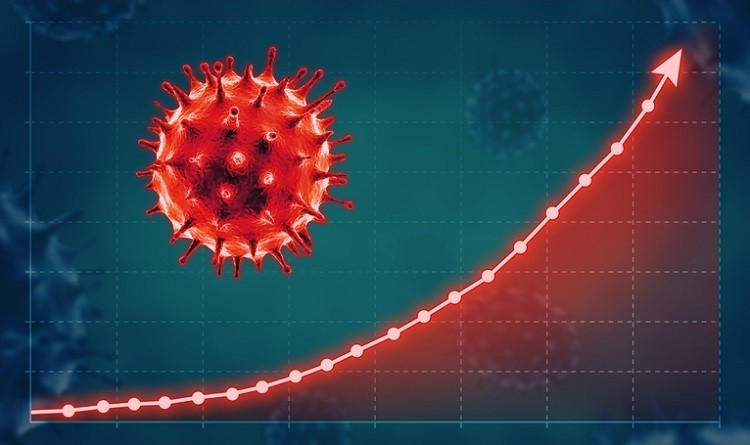 An estimated 70 percent of the population was immune to infection with the subtypes of the omicron variant of the SARS-CoV-2 pathogen (BA.2 and BA.4/5) that dominate in Austria, according to a model calculation by simulation researchers at the beginning of August. Such high levels were last seen in the monthly “Model-Based Estimate of Immunization Levels” between March and May. There would be question marks behind future estimates because of changes in the pandemic data.

The team led by Martin Bicher of the Vienna University of Technology (TU) and dwh, a TU spin-off, notes that as of the cutoff date (Aug. 1), “about 72 percent of the Austrian population was immune to the Omicron BA.2 subtype.” Looking at the BA.4/5 subvariants, the figure is slightly lower, at about 70 percent. These immunity values push the adequate reproduction number – the average number of people an infected person infects – currently between 65 percent about BA.2 and 63 percent about BA.4/5. The analysis is based on international scientific studies and an “exact” look at reinfection data depending on the pathogen variant from Austria, in conjunction with vaccination and infection statistics, Bicher explained in an interview with APA.

The reason for the current comparably high level is, for the most part, the infections that large amounts of the population have experienced in the past weeks and months. On the other hand, vaccines and boosters have played an essential role in protecting against severe disease courses since the omicron variant’s dominance.

The now calculated yet significantly higher immunity levels compared to early June and July “make perfect epidemiological sense,” according to the simulation researcher. The BA.4/5 wave has already passed its interim peak. The slowdown is due to temporary saturation effects – the virus is running out of potential “victims” in the immediate vicinity due to an overall increase in immunity. However, with the return of vacationers and the decline of the positive seasonal effects in the fall, the situation will change again, according to the model calculations.

However, the researchers also have difficulties in this area of dealing with the pandemic with the most recently reported data. For example, especially around the quarantine outbreak, the test numbers and infection numbers documented in this way dropped sharply. This also causes the immunity estimate to drop slightly again. Whether all this also corresponds to reality is very questionable. It follows that in the current data situation, it is becoming increasingly difficult to maintain the reporting system, which has been “tried and tested for years,” according to the scientist. A functioning wastewater monitoring system or a resilient sentinel system with physicians in private practice, such as for influenza cases, is needed as quickly as possible if the epidemiological situation is to be kept in the future.

Heading into the fall, the recent high Covid 19 infection numbers and the resulting temporary immunities are more likely to be seen as an advantage, Bicher said. Ultimately, he said, this bodes well for a more balanced distribution of the disease burden for the healthcare system in the coming months.