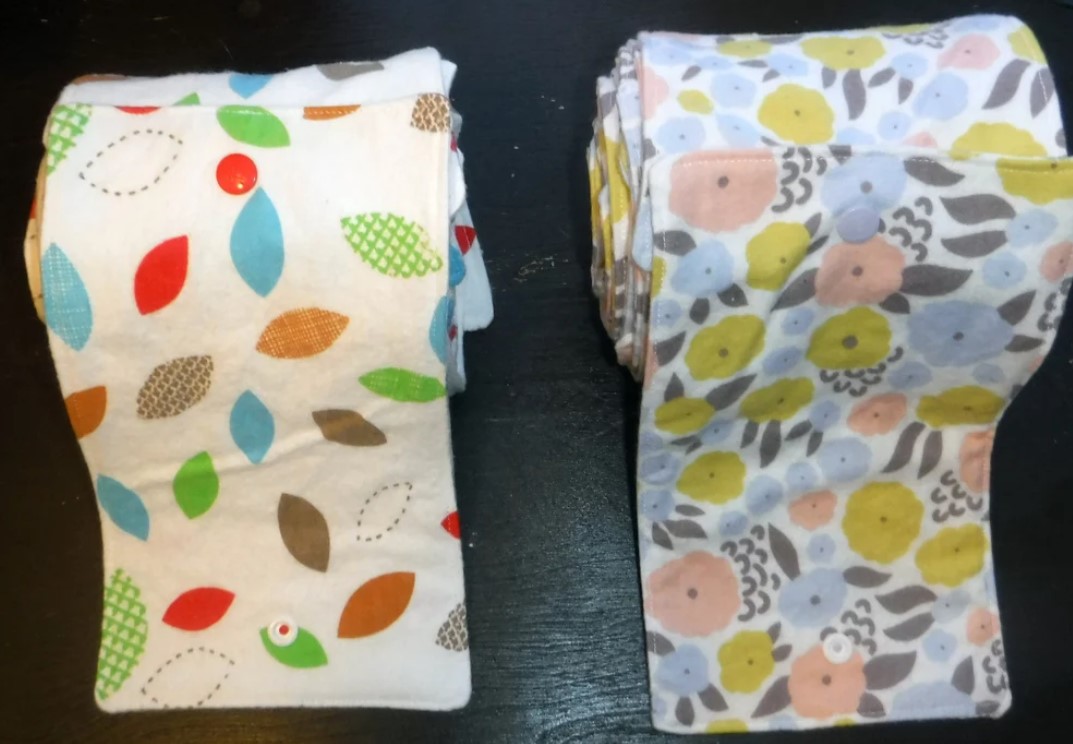 For ecological and financial reasons, some people are abandoning classic toilet paper in favor of reusable cloth strips.

Blogs and TikTok accounts dedicated to saving money, environmental protection, and lifestyle swear by reusable toilet paper, also called “Family Cloth” (literally translated as “family rag”). This involves replacing the classic paper toilet rolls with ones made from strips of fabric, for example, from towels or old T-shirts.

According to their fans, the fabric strips have several advantages: they are supposedly much cheaper than toilet paper and are also supposed to be much better for the environment. But is that even true? And are these two reasons enough to outweigh the apparent disadvantages? And what if guests are visiting?

The colorful rags are used like conventional toilet paper – with one crucial difference: they don’t end up in the toilet bowl but in a bucket that should be airtight to prevent odors. Once you have collected a few, they are washed in a machine like conventional laundry.

But be careful: when transferring the clothes into the washing machine, there is a risk of infection with E. coli bacteria! Even a normal 60-degree wash cycle is not enough to get the wipes clean. To be guaranteed to get rid of E. coli bacteria, you need not only at least 70 degrees for at least 25 minutes but also detergent with bleach. In an interview with “USA Today,” a health expert expressly warns against the eco-cloth paper: “Its use is risky. The risk of cross-contamination from the bathroom to the laundry is very high. If you wash the wipes, you transfer the germs to all the laundry.” According to the expert, this can contaminate the laundry in subsequent wash cycles.

The main argument for the “Family Cloths” is environmental protection. This argument is controversial: The U.S. website Lifehacker.com has calculated that this method uses a lot of energy for washing, and the positive effect on the climate is probably relatively minimal.

Another argument is the price; especially in savings blogs, the fabric strips are touted as a cheap alternative. Toilet paper is not a vast household expense: a roll of a well-known brand costs 10 euros on Etsy – depending on the supplier. According to Greenpeace, per capita consumption in 2017 was more than 110 rolls – at 90 grams per roll, which adds up to about 10 kilograms yearly. This puts Austria in the upper echelon of toilet paper consumption. Only countries like Germany, with 134 rolls per capita in 2018, the U.K., with 127 rolls per year, or the USA, with 141 rolls, have even higher consumption. Whether this saving is worth regularly washing, bleaching, and then resupplying cloth towels with feces in the future is something everyone must decide for themselves.

But if you still want to do something for the environment or do without toilet paper for other reasons, there is a brilliant solution: a bidet or shower toilet. Some models can also be retrofitted to most standard toilet seats. They have also been proven to clean better than toilet paper. Although these shower toilets cost significantly more to buy than toilet paper, they can pay for themselves in the long run. Currently, 70 percent of the world’s population still uses water to clean themselves after going to the toilet. According to market research, a practice that has little appeal in Austria, where more than 90 percent of households use toilet paper.