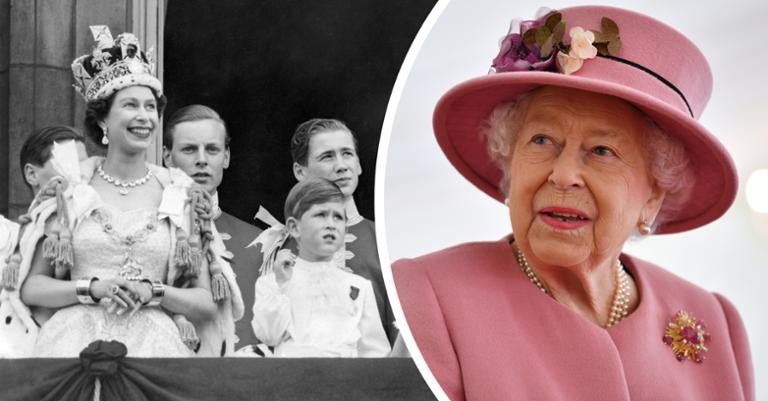 For more than seven decades, Elizabeth II sat on the British throne. The vast majority of people know only her as the representative of the United Kingdom. Her immense fund of political experience made her an influential advisor.

The Queen is dead; long live the king! The inconceivable for many people has happened – Queen Elizabeth II, on the British throne since February 1952 and thus the most extended reigning head of state in the world, is dead. She was called the “eternal queen,” Most people on earth only know Elizabeth as the regent of the United Kingdom of Great Britain and Northern Ireland. The number of Britons who lived to see their father Geo, page VI is manageable, especially since, at the time of her accession to the throne, only slightly more than 2.5 billion people were living on earth. Today, there are more than 7.8 billion. The saying that the Queen’s passing marks the end of an era is no exaggeration.

For die-hard royalists, however, this is not enough: They speak of the “Second Elizabethan Age” and compare the late Windsor monarch with Tudor Queen Elizabeth I, who reigned absolutely from 1558 to 1603. A misleading comparison because the second Elizabeth was not endowed with the fullness of power like her 16th-century predecessor, who set out to make England the number one maritime power. Elizabeth II was a constitutional monarch – a result of the Glorious Revolution of 1642 to 1649, in which the enforcement of the Bill of Rights laid the foundation for Britain’s parliamentary system, also known as Westminster democracy, which still exists today.

It is a testament to the Queen’s strong personality that her death is a significant loss to international politics, even though she was only allowed to perform representative duties for decades. With her goes a wealth of experience, a fund of political knowledge that was of great value to Her Majesty’s government at the time.

For the younger prime ministers, the weekly audiences with the Queen at Buckingham Palace were also lessons in history and life experience. Labour Prime Minister Tony Blair, who held office from 1997 to 2007 and was still very bold at the beginning of his term, had to realize during his first conversation with the Queen how much he still lacked to become a great and experienced politician: “She said to me, ‘My first prime minister was Winston Churchill, you weren’t born then,'” Blair later recalled. It was an elegant but consistent framing of the prime minister, who holds political power, by the powerless regent. There was nothing objectionable about this. When Elizabeth II ascended the throne, wartime Prime Minister Churchill ruled her country, Harry S. Truman ruled the United States, Joseph Stalin ruled the Soviet Union, and Mao Zedong ruled China. Countries like Egypt and Iraq were still kingdoms.

Although also a permanent guest in the colorful pages, Elizabeth was always a political queen. As a teenager, she lived through World War II and saw the German bombers drop their deadly load over London, Coventry, and other English cities. The then Crown Princess saw the devastating results of the attacks by the Goering Air Force with her own eyes.

The quality of the political “lessons” the then 25-year-old young Queen received from Winston Churchill also left a lasting impression on her. She became Queen at a time when Great Britain, although one of the victorious powers of the most terrible war in world history, was experiencing a severe loss of power. The vast colonial Empire soon became a thing of the past. In its place came the Commonwealth of Nations – a loose association of sovereign states that Great Britain had granted independence. The maintenance of the Commonwealth was close to Elizabeth’s heart until the end of her life. It is entirely within the realm of possibility that it will disintegrate after her death.

Britain’s loss of prominence in the 1950s and ’60s was significant. However, the Queen handled it with aplomb. She was a welcome guest in most countries, and her opinions (not expressed publicly) carried weight with foreign heads of state and government. Even the U.S., which had been renitent toward its old colonial power, made an exception for the Queen and took her to their hearts.

On the other hand, the Queen cultivated a special Anglo-American relationship with the means at her disposal. “I grew up knowing that Britain’s survival in the war depended on the alliance that Winston Churchill made with President Roosevelt,” she said in 2007 at a White House banquet given in her honor by President George W. Bush. There was a profound truth behind that sentence: the United Kingdom needs the United States more than the United States needs the United Kingdom. Nevertheless, there were also disagreements: For example, she was downright angry with President Ronald Reagan when he ordered the U.S. invasion of Grenada in 1983.

The free democratic basic order of the West and parliamentary democracy were the compass of the Queen’s actions in the international arena and the assertion of British interests. British prime ministers used the Queen as a secret weapon to solve complex political problems, for example, during her state visit to Ireland in 2011, which was seen as normalizing British-Irish relations.

Side swipes at Thatcher

Much has been written and speculated about Elizabeth’s relationship with the landlords of Number 10 Downing Street over the decades. The list is long: during Elizabeth’s reign, Conservatives Churchill, Anthony Eden, Harold Macmillan, Alec Douglas-Home, Edward Heath, Margaret Thatcher, John Major, David Cameron, Theresa May, Boris Johnson, and Liz Truss held office, as did Labour politicians Harold Wilson, James Callaghan, Tony Blair, and Gordon Brown. Their relationship with “master teacher” Churchill was particularly close. According to the latter, the chemistry with “Red” Wilson is also said to have been right – a sign of the Queen’s political neutrality.

As a constitutional monarch, Elizabeth was only allowed to read the prime ministers’ respective government programs at the opening of Parliament. She did so with the requisite royal sovereignty. Nevertheless, it leaked out that the Queen chafed at Thatcher’s economic policies and, in the narrow political leeway given to her, expressed concern about the growing social contrasts and high unemployment in 1980s Britain. The Queen also criticized Thatcher’s refusal to order sanctions against the Queenheid regime in South Africa. By comparison, she approved of the 1982 Falklands War against Argentina. Her second eldest son Andrew took part in the fighting aboard the aircraft carrier HMS Invincible.

The Queen always kept a low profile regarding the problematic relationship between the British and Europe. Biographer Robert Lacey once claimed that at a dinner on the occasion of her 90th birthday, Elizabeth asked her guests to give “three good reasons” why Britain should be part of Europe. The tabloid Sun even reported that the monarch was in favor of Brexit. The court immediately denied this, emphasizing the Queen’s political neutrality. Even after the narrow decision in June 2016 for Britain to leave the European Union, there was no profound statement from the Queen on the subject.

For the preservation of Great Britain

Without a doubt, the Englishwoman was British through and through. After the majority of Scots voted in September 2014 to remain part of the British state, Elizabeth went out on a limb by her standards in a statement. She did not doubt that Scots could come together “in a spirit of mutual respect and support” to work constructively on the future of Scotland and all parts of the United Kingdom. “My family and I will do what we can to help and support you in this important task.” It was anathema to Elizabeth that after the disintegration of the Empire shortly after she acceded to the throne, Britain could now also pass away.

The danger of secession of pro-European Scotland has not been wholly banished; a second referendum is already being sought in Edinburgh. The royal family is known to have a soft spot for the northern part of the country. With Prince Philip, who died in April 2021, the Queen always spent her summer vacation at Balmoral Castle. It is unclear whether this tradition of the Windsor family will be maintained if Scotland votes to secede from Great Britain in a referendum. What is clear is that preserving the unity of the United Kingdom will be an essential task for the Queen’s successor.

However, her son Charles will not be granted a regency as long as Elizabeth’s, if only for reasons of age. Moreover, Elizabeth will be the last woman to carry the scepter for quite some time. After her death, Great Britain will be represented by male monarchs in the coming decades. The national anthem will then begin with “God Save the King.” And after the death of Charles, who will be succeeded on the throne by his son William, it will be: The king is dead, long live the king!