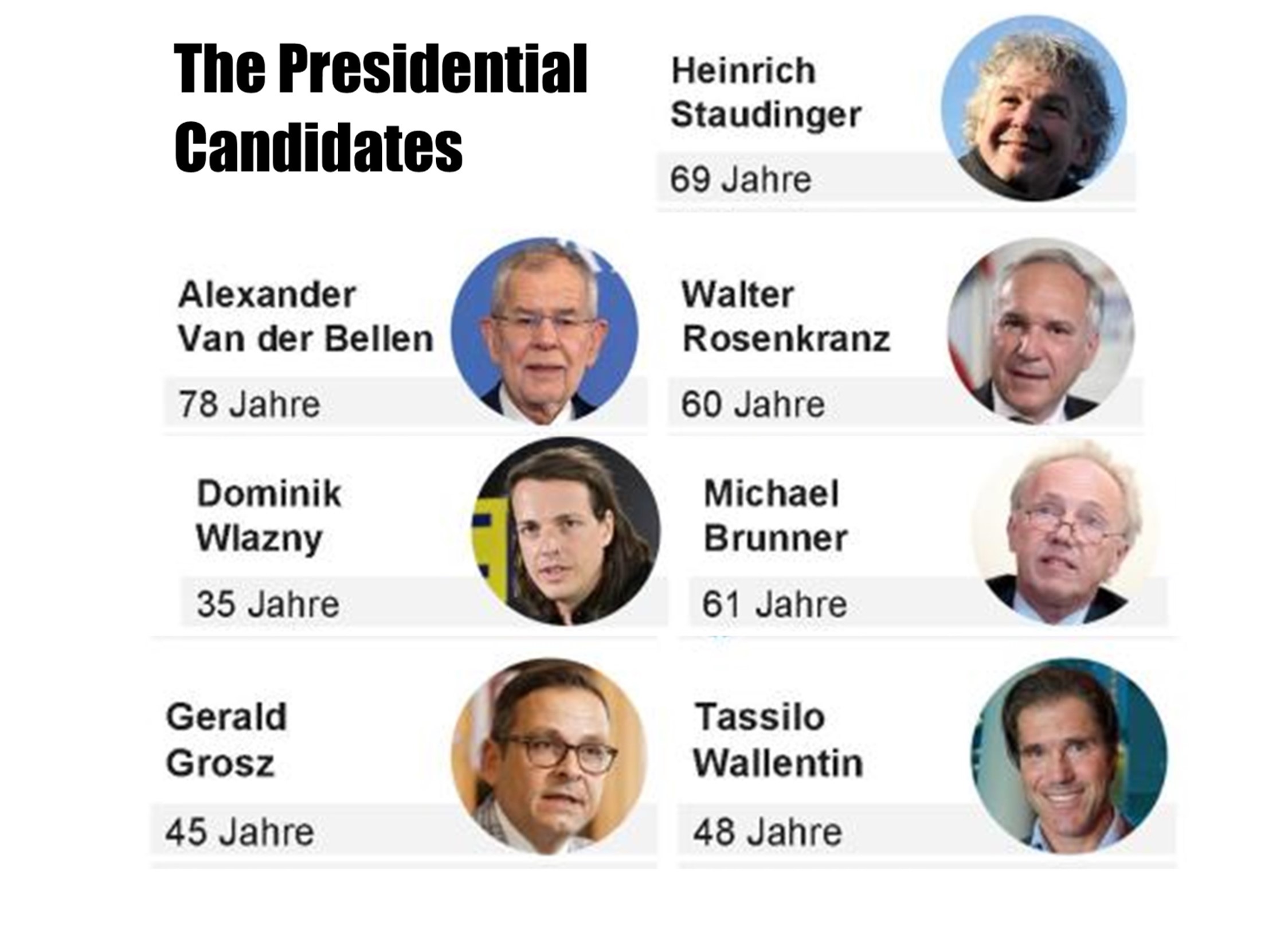 Austria will elect a new federal president in three weeks, on October 9. A total of almost 6.4 million Austrians are eligible to vote.

All important questions and answers on the BP election 2022
On October 9, the nearly 6.4 million eligible voters will decide whether Federal President Alexander Van der Bellen will be sworn in for a second six-year term. Six other candidates are running against him, making the ballot paper a record length this year. Nevertheless, Van der Bellen has a good chance of getting 50 percent or more in the first round of voting. If not, he will have to go to a runoff on November 6.

Opinion pollsters agree that Van der Bellen will be confirmed in office by then at the latest. It is not entirely clear from the polls which the opposing candidate would be in a possible runoff election. According to the polls, FPÖ candidate Walter Rosenkranz has the best chance of taking second place on October 9. But outsider chances also have two other candidates from the center-right spectrum, ex-“Krone” columnist Tassilo Wallentin and blogger and ex-FPÖ/BZÖ politician Gerald Gross, as well as on the other side beer party leader Dominik Wlazny. According to the pollsters, MFG boss Michael Brunner and the Waldviertel shoe manufacturer Heinrich Staudinger are likely to land on the two lowest ranks.

If it should become close on October 9, however, first also once – as already in 2016, with the runoff election in May, which was then canceled by the Constitutional Court (VfGH) – the postal voters could tip the scales. At that time, Van der Bellen was still just behind FPÖ candidate Norbert Hofer on election Sunday but was ahead after the election card evaluation on Monday. In the rerun on December 4, ordered by the Constitutional Court – after an application by the FPÖ – Van der Bellen was consistently first. With an obvious result of 53.79 percent, he was sworn in by the Federal Assembly on January 26 – as the first federal president whom, neither the SPÖ nor the ÖVP had sent into the race. The former Green Party leader had already run as an independent candidate in 2016, admittedly with solid support from his former party, and is doing so again this year.

Candidates are meanwhile in election campaign mode
They, too, are now in campaign mode – not all with classic kick-off events (as Van der Bellen and Rosenkranz already had), but with many media appointments. ORF and private TV and radio stations offer individual interviews and candidate duels or rounds. There will not be an “elephant round,” however: Federal President Van der Bellen – as he has communicated concerning the dignity of the office – refrains from participating in duels or candidate rounds.

Federal President can be elected at the polling station or by absentee ballot
The Federal President can also be elected “classically” at the polling station on October 9 or by postal vote. This had already been used to a record extent in the 2016 federal presidential election (around 766,000 votes in the canceled runoff election). There was another sharp increase in the 2019 National Council election to 925,090 postal votes (917,927 of which were valid) – and new records were always set in the provincial elections during times of the Corona pandemic (in Vienna in 2020, almost 44 percent of votes were cast by absentee ballot).

Lockdown and Corona Measures Not Expected in BP Election 2022
A lockdown or other strict corona measures are not currently expected, but the postal voters could tip the scales again – if, for example, Van der Bellen is still just below 50 percent on election Sunday. Eligible voters who want to vote by absentee ballot (due to absence, illness/disability, or occupational disability) must apply for one in writing, electronically or in person at the municipal office – and then submit it to the electoral authority in good time. This is because the closing time for absentee ballots is Sunday at 5 p.m. – when the last polling stations close throughout Austria.