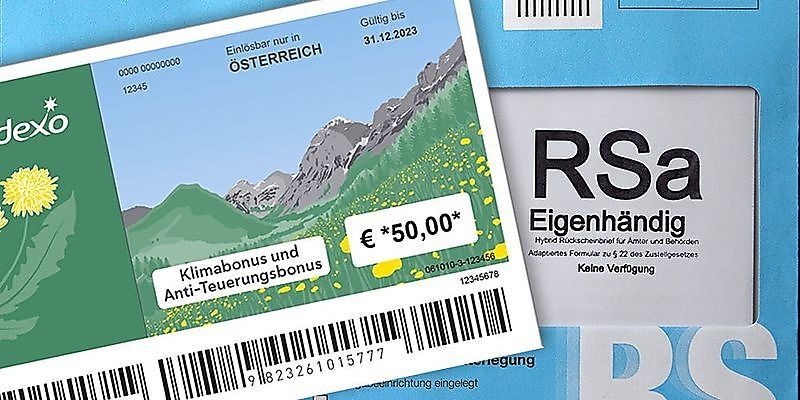 The climate bonus is causing confusion and criticism among many. While some have already received the 500 euros, others are still waiting.

Since September 1, the 500-euro climate bonus has been paid out in Austria. Many Austrians have already had the money transferred to their bank accounts or received the Sodexo vouchers in the mail. Others are still waiting.

According to “Heute,” the payout is in random order. So family members in the same household may receive the climate bonus at different times.

Furthermore, the payout is regulated as follows: Those whose current account details are stored in the Finanzonline system will automatically receive a transfer to their account. In the case of children and young people under 18, the bonus of 250 euros is transferred to the account to which the family allowance is also paid.

Those persons whose account details are not known will receive the climate bonus as Sodexo vouchers by mail via RSa letter. This affects around 1.2 million people in Austria. The voucher can then be redeemed directly at several companies. There is also the option of exchanging it for cash at Bank99.

However, many entrepreneurs have recently complained on social networks about receiving vouchers despite having an active finance online account, reports Der Standard.

According to the Ministry of Climate, vouchers will likewise be paid out if, for example, between the cut-off dates of January 1, 2020 and July 22, 2022, there have been no account transactions by the tax office, a transfer of family allowance or pension payment, or if there is some other doubt that the account is the correct one. “If an incorrect account number is on file with Finanz Online, a chargeback will occur, and the person in question will receive a voucher,” it says.

Those who have not updated their data on Finanz Online by July 22, 2022, will also receive vouchers because of the missed deadline. This also explains the fact that dead people get the climate bonus. It often takes a little longer for deceased persons to be deleted from the civil registry.

Despite the criticism and bureaucratic hurdles, the bonus should have been paid out to all 8,625,465 recipients in Austria by mid-October. However, some people will have to wait even longer. This mainly affects those who have been registered in the country for less than 183 days or are still infants. This group will have to wait until December 31, when the next data collection begins, and the payment of the climate bonus starts again.