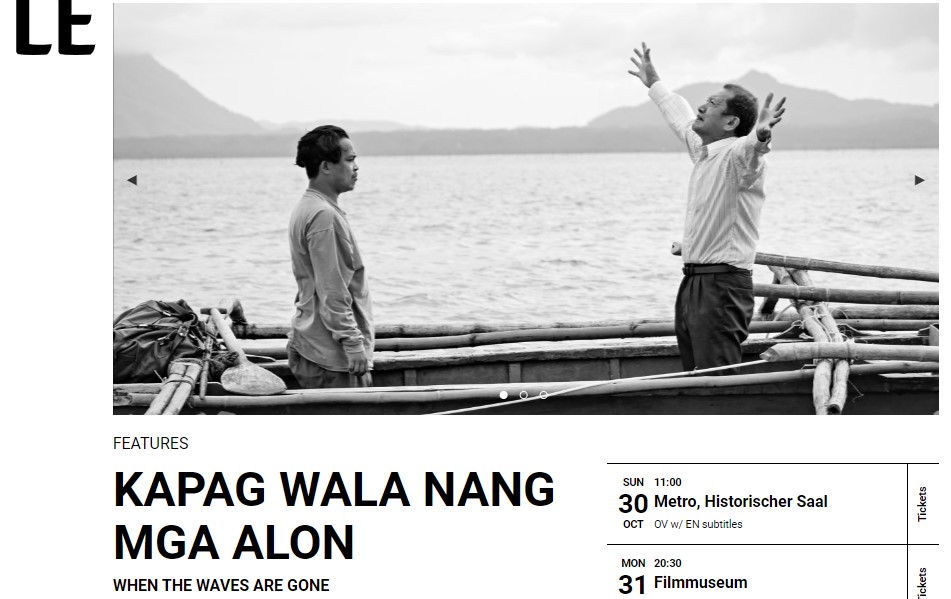 The starting signal has been given for the 60th edition of Austria’s largest film festival: Viennale 2022 kicked off on Thursday. Viennale opens film roundup with “Vera.”

Program highlights at Viennale
With the traditional opening gala in the Gartenbaukino, Austria’s largest film festival, the Viennale, started its 60th edition on Thursday evening. Until November 1, a good 120 films can now be experienced in Vienna’s city center cinemas. “Welcome to the International Festival Week of the most interesting films of 2022,” director Eva Sangiorgi welcomed the audience with a wink – reflecting on the name of the first Viennale in the anniversary year.

The 60th edition of the Viennale has begun.
However, the festival’s task is different, he said. “A festival like the Viennale must offer space for confrontation,” Sangiorgi clarified at the beginning of its fifth edition. This is a challenge, especially in a time of comprehensive social transformations – and at the same time, the importance of culture is higher than ever.

“60 years of Viennale means 60 years of views of the world,” Vienna’s City Councilor for Culture Veronica Kaup-Hasler (SPÖ) also emphasized the international perspective of the film festival: “It’s not just about quickly showing the most important films of the year, but telling stories from other continents.”

Sangiorgi chose the production “Vera” by the director duo Tizza Covi/Rainer Frimmel as this year’s opening film. In it, both portrayed the Italian starlet Vera Gemma in a fictional story, who, like the filmmakers, had a presence at the festival’s opening.

How many people the festival will attract in what feels like post-pandemic times remains to be seen, but in any case, with around 100,000 tickets, there are almost as many as before Corona. And the first impressions from advance sales were satisfactory, emphasized the new commercial director Paolo Calamita in an APA interview shortly before the start of the festival: “The numbers were very, very good. In the end, they reached pre-crisis levels.”

This year’s only indirect closing, including the film awards presentation, will be celebrated on October 31, with Mia Hansen-Løve’s “Un beau matin” being honored as the gala film. By the way, the closing is indirect because, for the first time, films will be screened for the last time on the day after the closing gala, on All Saints’ Day.

The Viennale will also feature a film by the known Filipino director Lav Diaz “Kapag wala an and Alon” (When the waves are gone). The Film of Lav Diaz will be shown on October 30, 11:00 AM at Metro, Historisches Saal, and on October 31, 8.30 PM at the Filmmuseum.