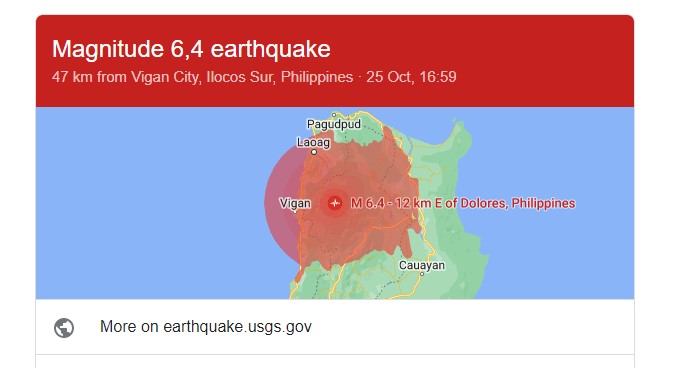 At least 26 people have been injured in a major earthquake in the north of the Philippines. The magnitude 6.4 quake occurred at around 11 p.m. (local time) on Tuesday evening in the province of Abra, about 350 kilometers north of Manila, according to the Philippine Institute of Volcanology and Seismology. The epicenter was located near the town of Lagayan. According to government information, many houses and public infrastructure were also damaged.

In some areas, the power went out. Videos circulated on the Internet showed panicked people seeking shelter under tables at their workplaces. In the nearby province of Ilocos Norte, a hospital had to be evacuated after its ceiling collapsed. According to Civil Protection, some roads were closed because of falling rocks and cracks.

The island state is located on the Pacific Ring of Fire, the most geologically active zone on Earth. Volcanic eruptions and earthquakes frequently occur there. In 1990, a 7.8 magnitude quake on the island of Luzon caused severe devastation. More than 2,400 people died.