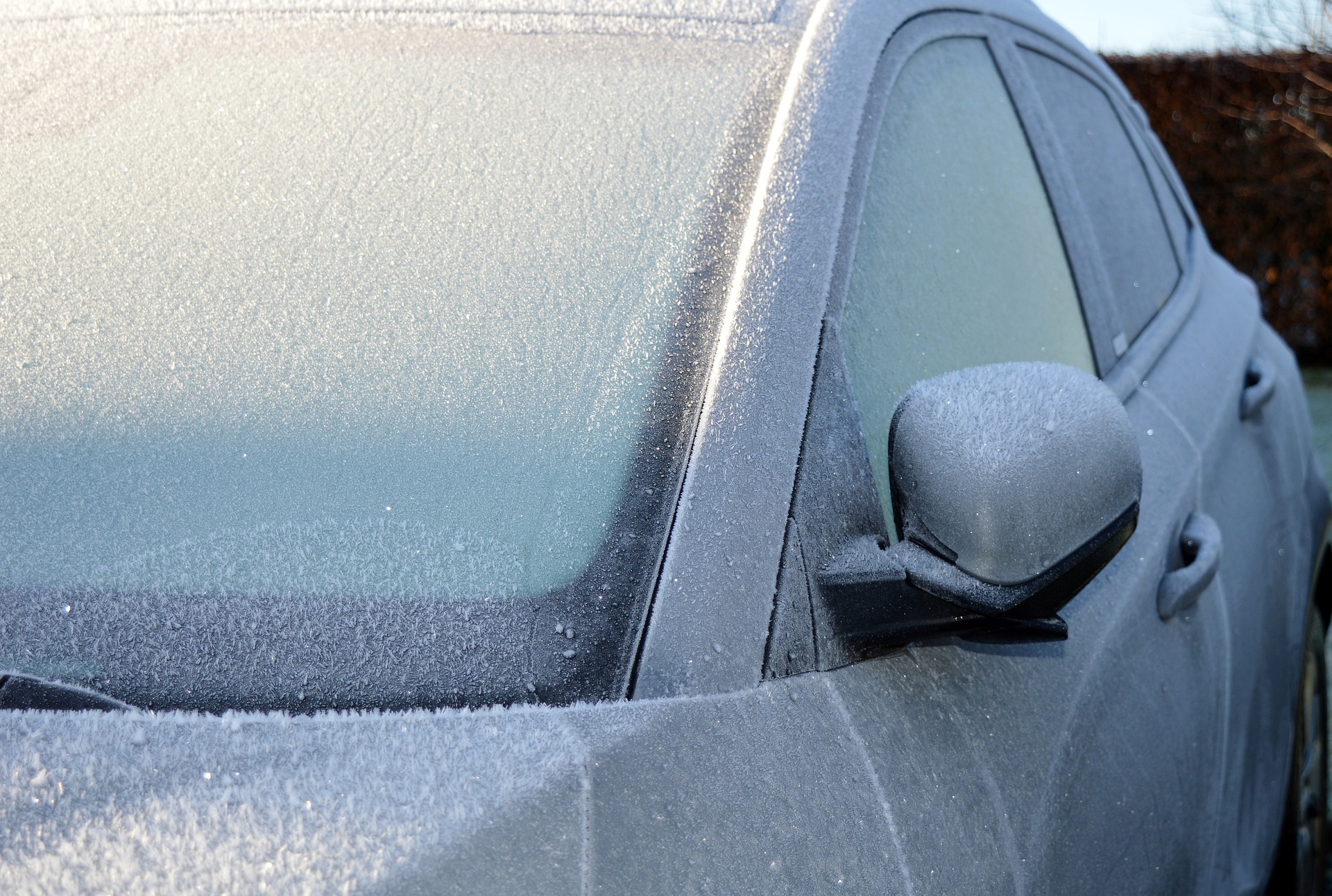 With the onset of the cold season, it means for many; windows are free from frost every morning. Both the windshield and the side windows should be clear. If you only scratch a tiny peephole in the windshield, you don’t see enough, increasing the risk of an accident and a traffic ticket. Turn signals, tail lights, headlights, license plates, and the car roof must also be cleared of dirt and snow.

“To get your windows ice-free, we recommend using a combination of a plastic ice scraper and windshield de-icer spray,” says expert Robert Hochgerner, technical coach at Carglass. “The spray quickly thaws the ice so the scraper can do the rest. This is gentle on the windshield and prevents scratches in the glass. Good ice scrapers are sturdy plastic and have a ‘sawtooth edge’ for removing thicker layers of ice and a smooth ice-scraping edge. Ideally, the handy helper also has a rubber lip for removing water films and a whisk.”

To keep windshields free of ice and, above all, free of scratches, it is generally advisable to remove road dirt: clean windshields do not ice up as much – and this helps to prevent dirt particles from damaging the windshield during ice scraping. “It helps to operate the windshield wiper system for a few wiping cycles before parking the car,” says Robert Hochgerner. A thermal protection film is also practical, as is a protected parking space – close to a building wall, for example – which ensures less ice formation.

“Window sealing, such as we offer in our service centers, also offers clear advantages in winter,” advises Robert Hochgerner. “The ice doesn’t adhere as strongly to the windshield, so the icing can usually be removed with just the rubber lip of the ice scraper.” According to the expert, it is also essential to regularly check the windshield for damage, such as cracks, stone chips, or scratches. “In winter, you’re usually driving in the dark – and damage can cause the light to scatter so unfavorably that you’re driving in a ‘blind.'”

If your windshield has a rock chip or crack, postpone winter car washes until the damaged area is repaired or the windshield is replaced. Temperature fluctuations can worsen auto glass damage under certain conditions, making visibility worse.

You should keep your hands off hot water as a de-icing aid because car windows are under tension and can crack due to the temperature shock – especially if a stone chip is already present. Damage to the windshield also occurs when it goes to the hard ice crust with too much force or the wrong tool. “In any case, therefore, avoid tools made of metal, old CD cases, or other plastic parts,” says Robert Hochgerner. The vehicle fan and the rear window heater are only suitable for defrosting the ice crust to a limited extent.

It should also be noted that windshield wipers should not be operated until the windshield has been thoroughly cleared of ice. This protects the wiper blades and prevents streaks and scratches.