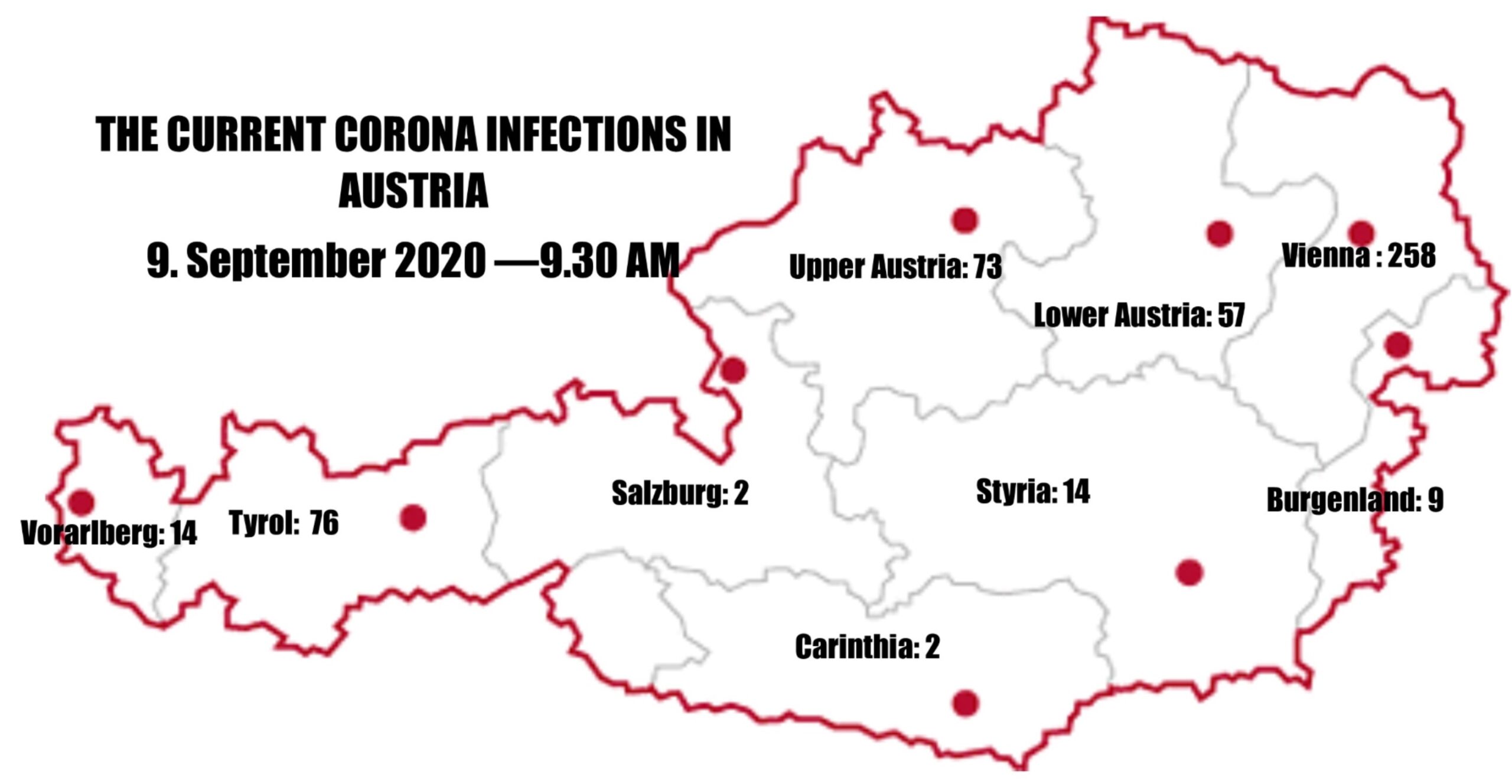 Wednesday, 09. September 2020 – More than half of the new cases were again reported in Vienna.

After the record increase on Tuesday, more than 500 new infections were again reported in Austria on Wednesday. Within 24 hours there were exactly 502 new cases, more than half of them in Vienna alone. This means that 4,072 people are currently infected throughout Austria.

So far, there have been 30,583 positive test results in Austria. As of today (09 September 2020, 09:30 a.m.), 747 people throughout Austria have died as a result of the corona virus and 25,764 have recovered. At present, 197 people are undergoing hospital treatment due to the corona virus and 36 of these patients are in intensive care units.

The new infections are divided among the provinces of Austria as follows:

The health hotline 1450 has received 4,217 calls. Information for the population can also be obtained from the service number of the Agency for Health and Food Safety (AGES) at 0800 555 621.