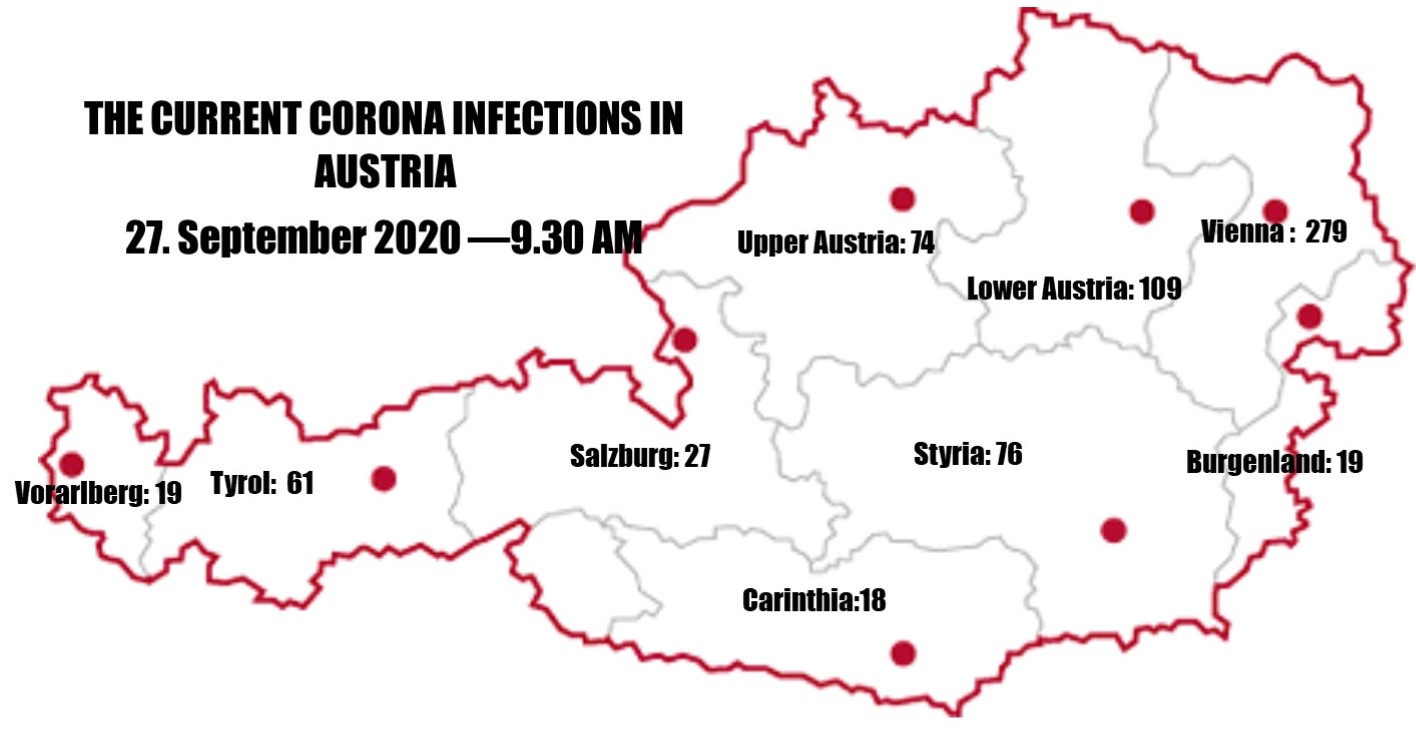 From Saturday to Sunday there were 662 new corona infections in Austria. In Vienna, the increase in infections is slowing down.

“We have a fatal situation,” said Rudolf Anschober yesterday in an interview with the Austrian dailynewspaper KURIER. “We have managed for a few days now to stabilize the values and keep them at an admittedly high ceiling. At the same time, the Minister of Health warned against the cold season: “But we have to get more air for the autumn.

In other words: The new infections must be reduced. Accordingly, the countries can take stricter corona measures on their own initiative as of Monday. In Vienna, for example, this affects the gastronomy: guest lists will be introduced.

On Sunday at any rate, a positive development can be observed in Vienna: On Sunday, 15,142 positive test results were confirmed in Vienna. This means that 1,998 people tested positive this calendar week. That is 14.6 percent less than in the previous calendar week.

Austria
So far there have been 42,876 positive test results in Austria. By Sunday, 787 people throughout Austria had died from the consequences of the coronavirus and 33,589 had recovered.

At present 446 persons are because of the Coronavirus in hospital treatment and of it 84 of the patient on intensive care units.

Lower Austria
In Lower Austria, the number of confirmed coronavirus infections by Sunday morning increased by 109 to 6,432 compared to the previous day. With 5,151 convalescents, there were 89 more than on Saturday, according to the state medical staff.

1,170 persons were thus considered to be currently ill. In the federal state 260,035 tests were carried out so far.