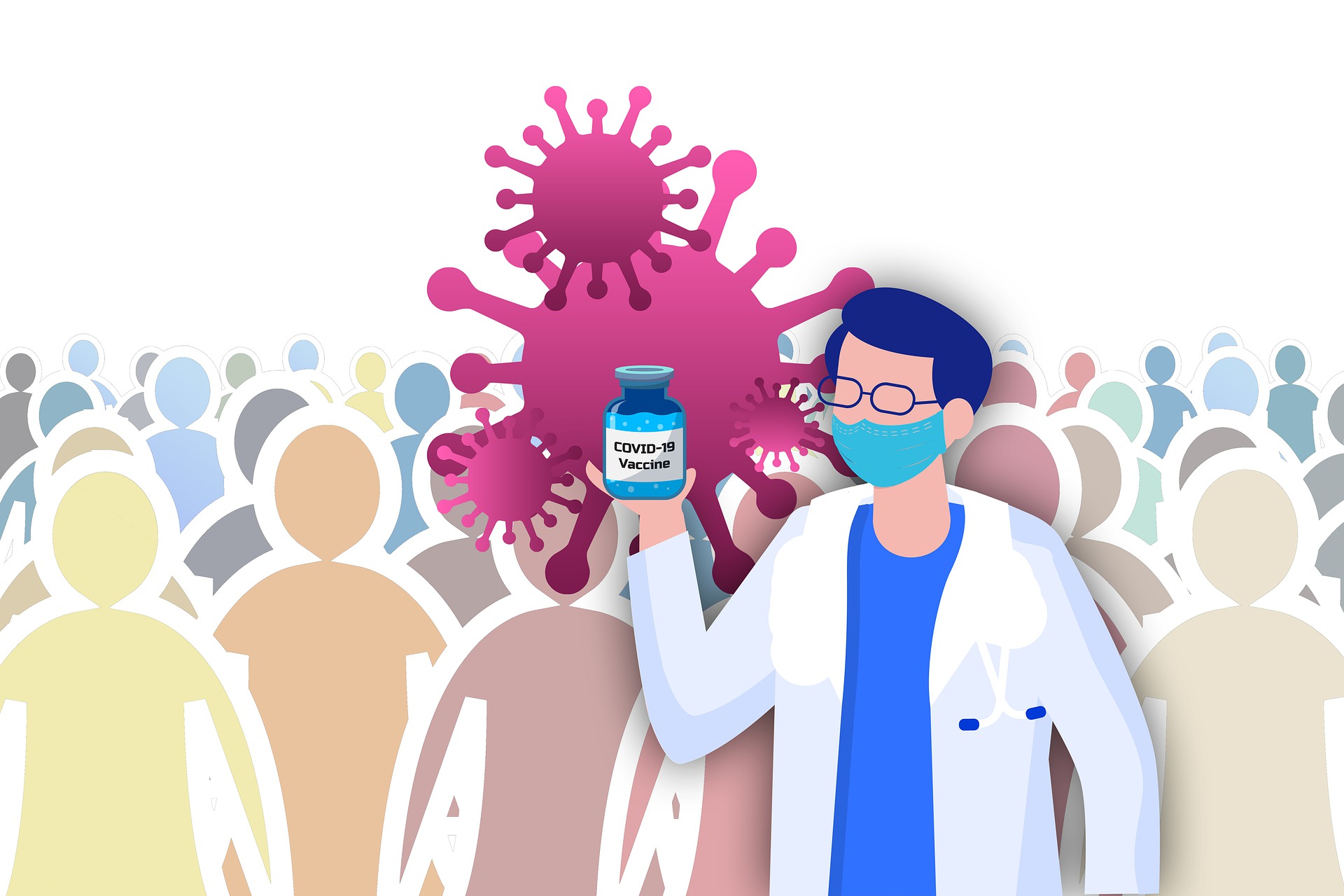 According to these data, the Mainz-based pharmaceutical company Biontech announced on Monday that its vaccine offers more than 90 percent protection against the disease Covid-19.

Biontech and pharmaceutical giant Pfizer are expected to apply for approval from the US Food and Drug Administration (FDA) starting next week.

Federal Health Minister Jens Spahn (CDU) has described the progress made by the Mainz-based company Biontech and the pharmaceutical giant Pfizer on a corona vaccine as “very encouraging”.

Spahn said the results showed “that this vaccine makes a difference”. He is very pleased that a German company is one of the first with such successes.

Nevertheless, further experience would of course have to be awaited. “This does not mean that approval will be granted tomorrow.”

Spahn explained that an approval with the FDA would first be an approval in the USA. “This can result in a time difference between American and European approval.

However, he is assuming that a parallel application will be submitted to the European Medicines Agency (EMA). As German Minister of Health, he wants to ensure that a vaccine from a German company “is not first available in other countries”.

First corona vaccinations still this year?
In the event of approval, Clemens Wendtner from the Munich Schwabing Clinic is hoping for a rapid start to vaccination: “If this step is taken, a wave of vaccination could indeed begin as early as the end of 2020.

The results presented are a “silver lining on the otherwise gloomy horizon”. Virologist Florian Krammer from the Icahn School of Medicine in New York called the announcement the “best news” for him since the beginning of the pandemic.

Biontech had been developing the vaccine BNT162b2 in the “Lightspeed” project since mid-January. The Phase 3 trial, which is crucial for approval, started in various countries at the end of July.

By Monday, more than 43,500 people had received at least one of the two vaccinations, which are administered at intervals of three weeks. According to the manufacturers, vaccination protection is achieved one week after the second injection.

According to the study, a total of 94 cases of the disease were confirmed by Sunday. According to Biontech and Pfizer, the results will not be conclusively evaluated until a total of 164 cases have been reached.

In addition, they will examine to what extent the vaccination not only protects against Covid-19, but also against severe courses of the disease. Overall, both the protective effect and any side effects will be monitored over a period of two years.

Infectiologist Gerd Fätkenheuer from the University Hospital of Cologne spoke of “great and promising data”. “I think this will have a decisive influence on our handling of the pandemic, and I hope that large quantities of the vaccine will soon be available”.

However, experts also pointed out that the data initially came only from a press release and not from a scientific publication.

For example, there was a lack of information on the protective effect in certain age groups and on how long a vaccination lasts.

How the corona vaccine works
The Biontech preparation is a so-called RNA vaccine, which is based on a previously completely new mechanism. It contains genetic information of the pathogen from which the body produces a viral protein – in this case the surface protein with which the virus enters cells.

The aim of vaccination is to stimulate the body to produce antibodies against this protein in order to intercept the viruses before they enter the cells and multiply.

One advantage of RNA vaccines is that they can be produced much faster than conventional vaccines. Biontech and Pfizer expect to provide up to 50 million doses of vaccine worldwide this year, with up to 1.3 billion doses expected next year.

The EU Commission has already been negotiating for some time with Biontech/Pfizer on a framework agreement for the supply of the vaccine to all EU countries. However, there is nothing new about this, said a Commission spokesperson on Monday afternoon.

Already in September the Commission had announced that it wanted to order up to 300 million vaccine doses from Biontech. So far it has signed framework agreements with the pharmaceutical companies Johnson&Johnson, Astrazeneca and Sanofi.

Due to the particular urgency of the situation, the approval process for corona vaccines is being accelerated. With Ema, pharmaceutical manufacturers can submit individual parts of the quality, safety and efficacy of a preparation even before the complete application for approval.

However, this does not mean “that the requirements are lowered”, Spahn assured. But the process could go faster.

In addition to Biontech, the British-Swedish company Astrazeneca has also started such a rolling review process for its vaccine candidate. Astrazeneca has not yet published any Phase III data. A spokeswoman said on Monday that there is still no information on the timetable for this.

Countries such as Russia, China and recently Bahrain have already released vaccines with restrictions and are already vaccinating parts of the population.

But how well these vaccinations actually protect and what side effects they can have is currently largely open.