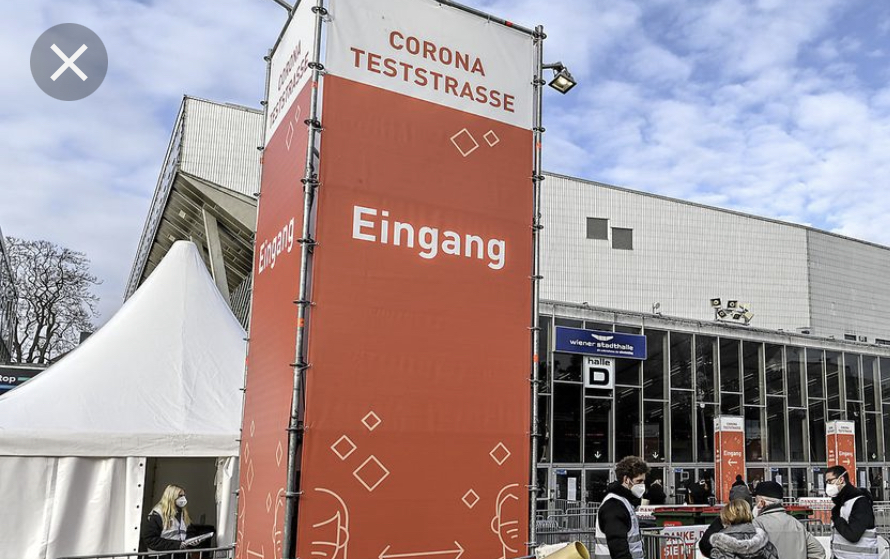 With the requirements that come with the recent opening steps in coronavirus measures, the demand for free antigen testing has skyrocketed. A recent negative test result is now mandatory for appointments with body-related service providers, for visits to nursing homes and for employees in some industries. The offer has been significantly expanded – in many regions, however, appointments are still hard to come by.

The rush on the first day was so great that the website of the Chamber of Pharmacists, which lists all providers, was temporarily overloaded in the morning. According to reports from pharmacies, some of the appointments are booked up for weeks. In addition – also with advance reservation – with partly long waiting periods is to be counted.

But it is not only the pharmacies that are experiencing a brisk influx: of the 29 public test roads in Salzburg, individual locations were completely booked out on Monday.

Queue of people in front of pharmacy
In Vienna, several test stations were already at capacity on Sunday. Especially the drive-in test lanes were fully booked, according to the office of Health City Councilor Peter Hacker (SPÖ). Overall, the utilization of the city’s services was 96.7 percent on Monday.

Acceptance among hairdressers consistently good
For the “body-related service providers”, the relief of being allowed to open up again was met with concern in view of the effort that controlling the tests would entail. An initial conclusion drawn by hairdressers in Graz is now that acceptance among customers has been consistently good. The main challenge, however, is the coordination of appointments.

Doctors also want to test
The Medical Association of Lower Austria demands that the federal government should also cover the costs of antigen tests for physicians, as is the case in pharmacies. The existing unequal treatment should be ended, say the doctors’ representatives .

In addition to the existing test offers of the provinces, more than 500 pharmacies have been offering appointments for rapid tests since Monday, with more locations to follow. Until February 22, the offer of test pharmacies is to be further “massively strengthened” throughout Austria. The aim is to cover regions in particular where there have so far been hardly any testing facilities, or only those that are difficult to reach.

Businesses should also become test centers
As of February 15, there will be a cost reimbursement of ten euros per test performed for antigen or PCR testing in business firms. People from outside the company, such as relatives, customers and employees of neighboring companies, can also be tested. The subsidy can also be applied for, for these persons. Thus also the enterprises become test centers in the regions, it said in a dispatch of the Ministry.

Identity card obligation and certified test
Hairdressers, beauticians, chiropodists, masseurs and other body-related service providers have been allowed to reopen since Monday after weeks of lockdown. However, only those who can show a negative coronavirus test no older than 48 hours will get the new cut or manicure. ID must be shown for identification. The FFP2 mask must still remain on. Self-tests do not apply.

Excluded from the tests are children under ten years and people who were infected with the coronavirus in the past six months and have since recovered. Proof is a doctor’s confirmation or evidence of neutralizing antibodies.