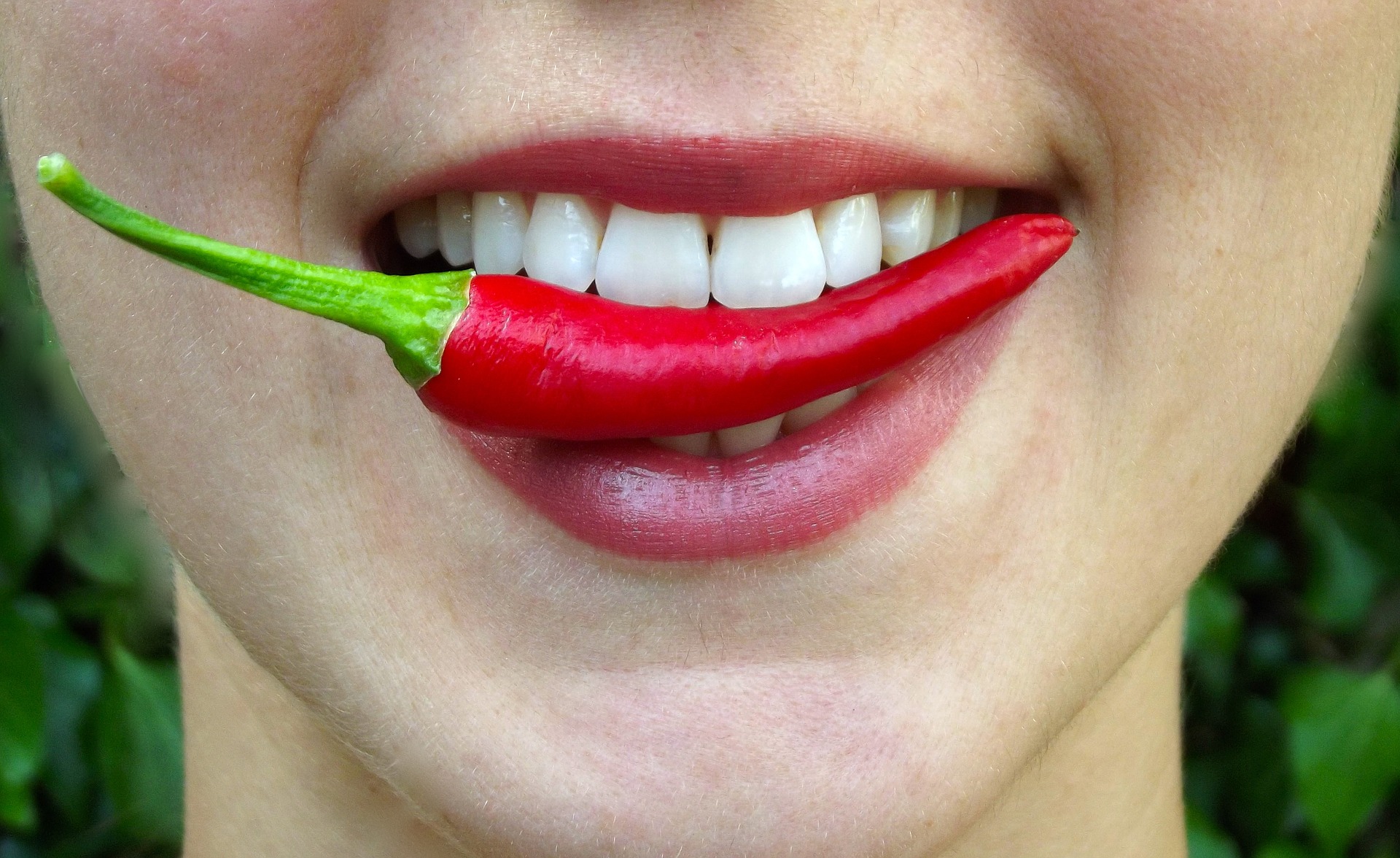 While some love to eat spicy food, for others it is tantamount to torture. But is it really healthy to look deep into the spice jar? Or don’t chili, pepper and the like irritate the stomach lining?

Unlike sweet, salty, bitter, sour and umami, hot is not a flavor. Rather, it is a sensory impression caused by the heat and pain receptors of the mucous membranes in the mouth, nose and throat. In other words, a kind of pain.

Eating spicy for the line
Prof. Nicolai Worm, a graduate ecotrophologist, is very familiar with the paprika pungent substance capsaicin. Briefly to the explanation: In green, yellow and red peppers Capsaicin is present in substantially smaller concentration than for example in Peperoni, which can miss in the form of Cayennepfeffer or Chiliflocken meals a tidy piquant note.

Worm, who works among other things as a nutritionist for overweight people, calls capsaicin an “energy booster”. That’s because “capsaicin manages to boost calorie consumption without requiring sweaty muscle work.” Of course, this doesn’t mean that spicy food is the only way to lose weight. However, it does stimulate the metabolism and is thus said to be able to support training success.

The same opinion is held by nutritionist Uwe Knop. He confirms us that chili can be digestive, as it stimulates the production of juices in the stomach and throat.

Preventing diseases through spicy substances?
And allegedly not only a diet, but also the life expectancy benefits from spicy food. This is, for example, the result of a somewhat older study from Beijing University Hospital, which appeared in the “British Medical Journal” in 2010. An international team of researchers had studied the eating habits of test subjects over a period of seven years and found that those who frequently ate spicy food had a 14 percent lower risk of cardiovascular disease, cancer and respiratory diseases.

Prof. Worm isn’t surprised. “There is countless scientific data that the pungents, for example from chili, protect relevant organs in the cardiovascular system and thus can help prevent diabetes and hypertension.”

Spicy food could also go some way toward preventing colds and other contagious diseases. The stimulus improves blood flow to the mucous membranes, whose function is important for the immune system, i.e. for defense against pathogens.

Doctor confirms antibacterial property
Dr. Ralph Detlev Dettmer, specialist for internal medicine and nature welfare procedures from Frankfurt/Main, attributes antibacterial characteristics to Chilischärfe. It is no coincidence that in some oriental countries and in places “where it is difficult in terms of hygiene”, the food is spicy. “This can prevent stomach infections,” the expert knows.

Different spiciness tolerances
Not everyone can benefit from this positive effect on health. Because while some can’t get enough chili, others already perceive “slightly spicy” as a body injury. According to Dr. Dettmer, this is not a matter of predisposition, but a question of habit. One could also speak of training.

The spicier, the better?
Some restaurants and supermarkets carry foods that sometimes rank high on the Scoville scale (helps estimate the spiciness of capsaicin-containing foods). With this in mind, the German Federal Institute for Risk Assessment (BfR) in Germany has investigated at what level of spiciness condiments and the like pose a health risk.

“The institute comes to the conclusion that the oral intake of chili fruits, their preparations and corresponding spicy to very spicy dishes, such as traditional African, Arabic, South American or Asian cuisine, is not associated with acute adverse health effects in the context of internationally customary consumption,” it says in a corresponding statement. Excluded are here naturally cases of incompatibilities.

The dose makes the poison
Certainly an exaggeration are spicy-eating contests in which contestants try to outdo each other in terms of spicy tolerance – and far from healthy. In 2016, for example, the Journal of Emergency Medicine reported on a then 47-year-old man who ate a burger with bhut jolokia chili puree at such an event – and suffered holes in his esophagus and bruising on the skin of his lungs. He survived only thanks to emergency surgery and left the hospital after 14 days with a feeding tube.

Logically, this is an extreme case. However, it shows that too much of a good thing can be very dangerous. Thus, people with pre-existing health conditions (e.g., of the cardiovascular system) should also know their limits and not exceed them. “And of course also any pre-existing conditions of the esophagus or stomach play a role,” says the Frankfurt gastroenterologist Dr. med. Harald Gutberlet . “If there is a severe reflux disease or gastritis, this is worsened by spicy food.”

Conclusion
Heating up with spicy food on a regular basis can have a positive effect on your line and overall health. That’s why, according to our experts, eating spicy foods is also recommended – “provided you like and can tolerate them,” adds nutritionist Knop. In any case, he says, it is important that the gastrointestinal tract does not rebel and that what should be pleasure does not become a test of courage. If spicy food only hurts, it does more harm than good.