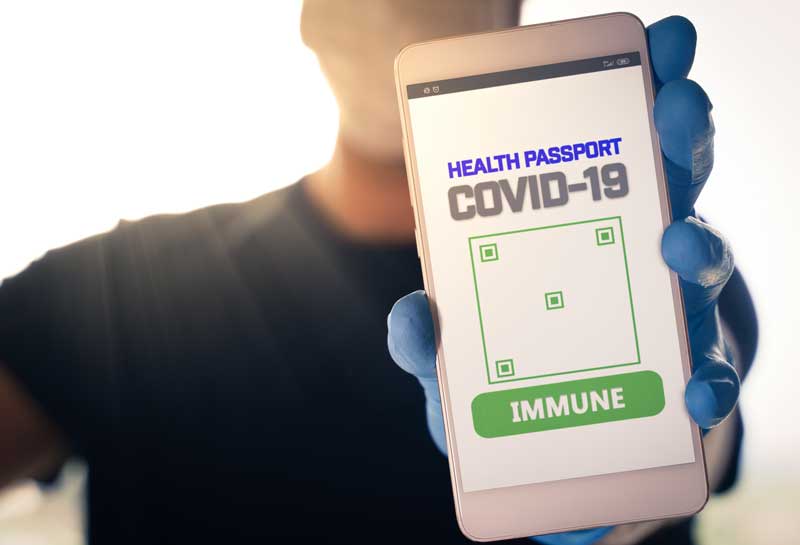 Anyone who has been vaccinated, tested or has recovered is soon to receive a “green passport”. In addition to Austria, twelve other EU countries are working diligently on the digital document.

The “Green Passport” is intended to restore freedom of travel for the whole of Europe. Equally, it should also boost tourism and thus the economy. For EU Minister Karoline Edtstadler, mobility is the key to bringing the economy back to the top. And this is now to happen in a fast-track process.

Edtstadler is confident that it will have been decided and coordinated at European level by the summer. Then it should be possible for people to travel and book flights and hotels with proof that they are not in danger because they have been vaccinated, tested or have recovered and have antibodies.

The “Green Passport” will then serve as a platform, so to speak, for entering who has been vaccinated, who has recovered and who has been tested. However, the safety regulations that apply in the individual member states must be determined by the countries themselves, because health is and remains a national responsibility, according to Edtstadler.

EU will make recommendations
Nevertheless, there will be recommendations at the European level in addition to this coordination of the platform. And after all countries have the same goal, Edtstadler assumes that these recommendations will also be followed and thus relatively evenly also e.g. an antigen test 48 hours valid and a PCR test perhaps somewhat longer.

Critics of the “green passport” claim that this could possibly lead to compulsory vaccination, but Edtstadler denies this. For Austria she can assure that the voluntary vaccination will remain the highest principle. On the other hand, Edtstadler also explains that vaccination is the turbo to normality, so to speak, and of course attempts will be made to convince everyone of this.