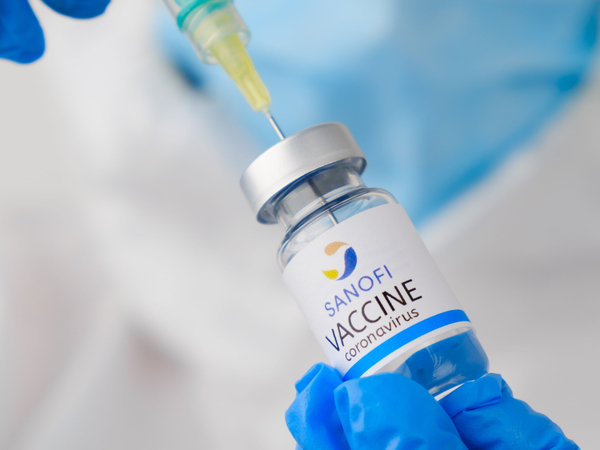 French pharmaceutical company Sanofi is moving forward with the development of its covid-19 vaccine after setbacks. The drug, developed jointly with Glaxo-Smithkline (GSK), showed strong efficacy in all age groups in a Phase 2 trial, the company announced Monday.

Now, both partners plan to start a large-scale pivotal Phase 3 trial with more than 35,000 participants in the coming weeks. If successful, the vaccine could be approved in the fourth quarter of this year.

According to the company, interim results from the study involving about 720 participants show antibodies forming in 95 to 100 percent of cases after the second dose. Subjects aged 18 to 95 years were tested.

Initial testing in older people had not gone as well as hoped, so the vaccine had to be revised. The European Union had already reserved 300 million vaccine doses from both companies last September. Approval is a prerequisite for this supply.

The vaccine from Sanofi and GSK is based on a different technology than the mRNA vaccines already approved on the market from Biontech and Moderna, and the so-called vector vaccines from Astra-Zeneca and Johnson & Johnson. This is a protein-based vaccine that is combined with a substance from GSK to enhance its effect. Sanofi produces the antigen, in this case the spike protein of the Sars-CoV-2 virus, using a biotechnological process. The company has already applied this technology to a new flu vaccine that has been on the market in the U.S. since 2017.

In addition, the companies also plan to investigate different booster vaccines against different virus mutations: This will include participants who have already been vaccinated with vaccines available on the market. Many experts expect that, similar to influenza, annual booster vaccinations will be needed for coronavirus.

If the vaccine is effective, Sanofi could position itself as a supplier in this segment. However, several other Covid 19 vaccine manufacturers are already researching how to effectively boost vaccinations.